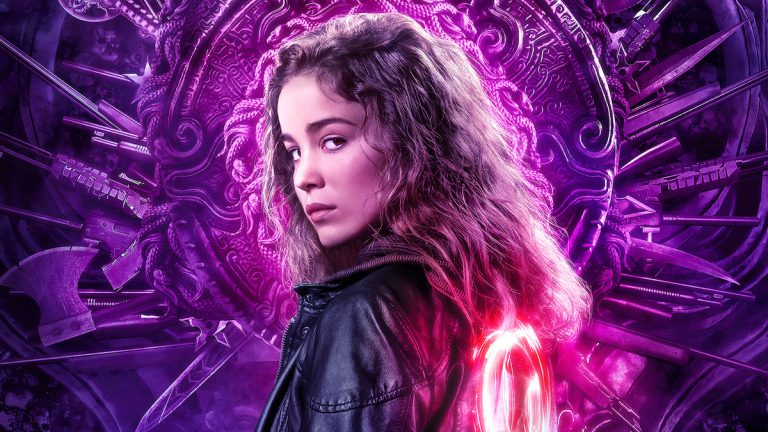 Warrior Nun is an American TV series filmed in Spain. It is based on the fictional character Warrior Nun Areala by Ben Dunn. Simon Barry leads the direction of the series. He and his team also worked on Game of Thrones. It was created by Cinemax under Perfect Storm Entertainment. Jonathan Tropper acts as executive producer, along with Perfect Storm Entertainment’s Justin Lin and Bruce Lee Entertainment’s Shannon Lee. This sitcom gained tremendous popularity only after a few episodes and has piqued the interest of fans. The latest trend among binge viewers has been watching the series, and Warrior Nun season 2 has been on the list of many of their fans.

It is the story of Ava Silva, a 19 years old girl whose life takes a sudden turn when she awakens in a cemetery with an artifact lodged in her back and an unforeseen new set of superpowers. Entrusted to defend the Earth from evils, she readily accepted into an ancient tribe Warrior Nun. However, the powerful forces are tracing and laying a grip on her instead of taking care of her. Warrior Nun has been confirmed for a second season on Netflix. It’s filming reportedly just concluded. So let’s just dig into the details you should know about the Warrior Nun.

The series has acquired a lot of love due to its fascinating story and the incidents of the colossal fight, which led to the series becoming the third most desired show on Netflix in July 2020. Warrior Nun Season 2 is on the verge, with its fresh episodes, set to premiere barely in the starting month of 2022. To cover it up, the writers further revealed that they had already begun plotting and also delivered a really pleasant surprise to the cast as well as to their viewers also. Here are the cast members who gathered together via virtual meetup to confirm if the Warrior Nun season 2 really occurring?

Netflix surprised the cast of season 2 of Warrior Nun by revealing that it’s actually happening:

Warrior Nun has been renewed for a second season — watch the cast find out pic.twitter.com/FOFY4N4RhT

Simon Barry has recently posted a wrap-up post of Warrior Nun on November 3, 2021, on Twitter. He wrote, “The #WarriorNun s2 is now complete! Thank you so much to our incredible staff and cast, who give it their all every day. Thank you, #Madrid, for being such a great home, and thank you, @netflix & @frescofilm, for believing in our wild idea. I can’t wait to show everyone this incredible season 2!”.

That is a wrap on #WarriorNun main unit s2! Sincere thanks to our amazing crew and cast that give 100% every day. Thank you #Madrid for being such a wonderful home and to @netflix & @frescofilm for supporting our crazy vision. Can’t wait to share this epic s2 with everyone! ❤️🇪🇸 pic.twitter.com/aGE9MKY2mA

But unfortunately, there is no announcement regarding the release date. The series has completed its filming and the alteration with some FX animation shots. In some countries like Brazil, New Zealand, and Netherland, the series indeed is at the number 1. In the USA, it is ranked 6, and in the UK, it’s at 4th rank. Warrior Nun’s showrunner, Simon Barry, stated on Twitter on December 4 that he had already viewed all of the upcoming episodes, commenting that fans had every cause to be excited. We are expecting that the makers will launch it in the month of June-July 2022. However, it’s the same time near which season 1 of Warrior Nun was released in 2020. On the contrary, we’ll get the next update on the following quite soon.

Also Read: Queen Of The South Season 5: When will it Premiere in the UK? Cast & Trailer

What Happened In Warrior Nun Season 1?

Warrior Nun is a stout-hearted and thrilling series situated in late-nineteenth-century San Francisco’s Chinatown during the terrible Tong Wars. Fans of Warrior Nun have left pining for more high-octane combat after the first season’s dramatic conclusion when father Vincent’s objective discloses. Season two portrays warring Chinatown Tongs as they battle for supremacy amidst rising anti-Chinese sentiment that threatens to wipe them all out. Warrior Nun Season 1 has a total of ten episodes. It’s likely to be possible that Warrior Nun Season 2 will include ten episodes as well, with a duration of 37-50 minutes each. Warrior Nun’s Season 2 will also be available to stream on Netflix.

As a result, season 2 has a lot of plot arcs to investigate, including Ava realizing her true force as a Warrior Nun and forming a new group with the other nuns. The story involves Season 1 coming to a thrilling conclusion when Ava realizes that Adriel is still alive but is a demon. She sees that he pretended to be an angel, offering his halo in order to lure the Knights Templar to serve him. Adriel, as well as father Vincent, was feigning to serve Ava and also culpable of killing Sister Shannon’s. After escaping from the tomb to carry out his evil plans, Adriel aims to reclaim the halo from the nuns in the last moments of the first season’s conclusion. The season finale ends on a cliffhanger over the nuns’ destiny.

When Will The Trailer Of Season 2 Release?

Unfortunately, we didn’t see any new footage until we discover when season 2 of Warrior Nun will be aired. But we are assuring you, as soon as we find out, we’ll let you know. “Warrior Nun” is unquestionably an eight out of ten. The time and work put into this series is absolutely worth it. The first half was tedious, but the second half featured nice action and some charm. When it comes to the plot, though, there is a lot to be desired. All we can do now is hope and pray that it will come quickly.

Also Read: Will SEAL Team Be Renewed For A Season 6?

Warrior Nun wouldn’t be the same without Alba Baptista as Ava Silva, our leading heroine. The series was helmed by the Portuguese actress, and with season two on the way, it’s fair to assume that plenty of other familiar characters will return as well. We’re going to see some new faces also in season 2 joining the crew members who had survived in season 1. The characters who will remain in their particular role are Alba Baptista as Ava Silva, Toya Turner as Shotgun Mary, Thekla Reuten as Jillian Salvius, and Tristan Ulloa as Father Vincent. Even characters who have died recently may reappear due to flashbacks or even a celestial resurrection. Lorena Andrea, Kristina Tonteri-Young, Lope Haydn Evans, Joaquim de Almeida, Peter de Jersey and Sylvia De Fanti are among the guest stars.

Season 1 of the Warrior Nun series ended with a bang when Adriel is hunting the sisters as they escape. William Miller is going to take over the bigger opportunity, to play the character of Adriel, the fictitious cherub who started everything. He was exposed as the mastermind behind everything in the season one climax, and it would be strange if he were to disappear in the next.

During the first 30 days, the series was indeed the third most popular TV show on Netflix worldwide. It is the most genuine show and has become one of Netflix’s top 10 most-watched shows. Cursed and Dark Desires were the winners and runners-up, respectively. The series also topped the rankings in July 2020, making it the biggest TV show on the planet. Unsolved mysteries battered Warrior nun for the second position in the U.s on the first weekend when it aired. Alba Baptista hinted at huge plans for Season 2 in an interview. “For an eventual season 2, there will be a major announcement. It wasn’t merely a freak occurrence. For another year, the audience will have to guess at another plot surprise. They’ll still have to wait for some more time.”

Simon Barry said, “When we come to end the first season, we had many more routes to go down story-wise, so we made a folder with the idea that if we were blessed enough to acquire Season 2, we’d have something to work with We reassembled just to discuss ideas after watching the show finished.” Yet, presented with a choice, he’d take a third, fourth, and fifth season. He said, “Anything in the range of five to seven seasons would be ideal”. Daredevil, The Umbrella Academy, Jessica Jones, The Punisher, and Warrior Nun are really just a handful of fantastic works accessible on the streaming service. If you haven’t watched season 1 of Warrior Nun, go and watch it on Netflix. Let’s just hope for the best.

Also Read: Trapped in a Dating Sim: The World of Otome Games is Tough for Mobs Anime: First Key Visual