Its time to end what we started in Warhammer 1. This article list all the things we know about the Warhammer III. 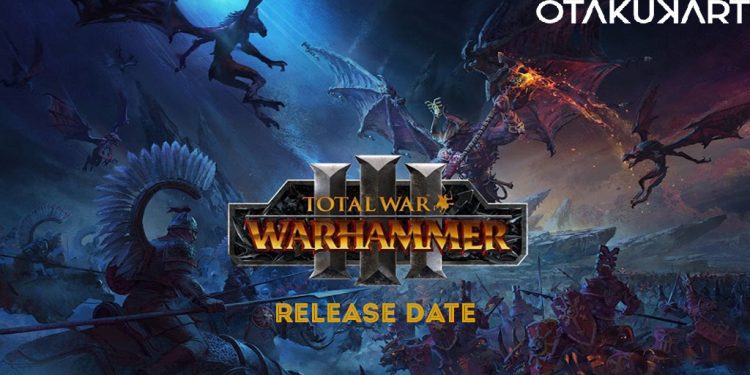 The fan-favorite magical fantasy game in the Warhammer world, Total War: Warhammer III, returns. This game was officially announced by Creative Assembly on February 2, 2021. What will this new game in the franchise bring? Where will it take place in the Warhammer world? When will it release? Many questions are going around by fans. And you have come to the right place because we are going to tell you everything about the game, from the release date to its plot and settings.

Everything We Know About Warhammer III currently.

Warhammer III will be a real-time and turn-based strategy game like Warhammer I and II. It is a conclusion to the Warhammer trilogy.

The game will allow the players to move the armies across the map. The player has to engage with the AI-controlled Factions, and if the necessity arises player will have to fight them. Like the predecessors, the game will feature a custom battle mode. In this, the players can create and customize a real-time battle. Online multiplayer battles will also be in the game.

For the races in the game, there is Grand Cathay and Kislev from human civilization and the faction of four Chaos Gods, namely Khorne, Tzeentch, Nurgle, and Slaanesh. There will be another race, the Ogre Kingdom, for the pre-purchaser and those who purchase the third game on the first week of release. The players who own the races from the last two games will have them unlocked in the third game and can use the races in online multiplayer battles.

There will be a brand new mode in the game called survival mode. In this mode, the player’s army will be dropped in the heart of the enemy territory. The objective is to survive the horde of enemies and use their resources against them. The players have to progress through the enemies’ territories and capture the enemy victory points.

The developers have not yet said anything about the campaign of the latest sequel. Though, the developer has stated that the game will take place within the Realm of Chaos. Realm of Chaos is said to be the source of all magic in the Warhammer world. Ian Roxburgh, the game director, has confirmed that the campaign map will be twice the size of Warhammer II’s main campaign, the Eye of the Storm. More factions will be playable in the sequel, as confirmed by the director. The developers have tried to improve the previous features of the game according to fandom’s demand.

Also Read: Warhammer 40000 Space Marine 2: All To know About the Upcoming Game

On May 13, 2021, Creative Assembly revealed the first gameplay video for Warhammer III. In this video, we are shown the new mode of the game called survival mode. The factions featured in the video are Kislev from human civilization and the Khorne faction of Daemon chaos faction. The player controls the Kislev faction.

The video shows how the survival mode works. To win the survival mode, the player has to progress through the enemies’ victory points and capture them. The player must survive waves of enemies before progressing to the next victory points. Each wave will get difficult than the last one. The players will have to use the enemies’ resources to fight and survive. The player can also bring more troops in the faction to get an advantage over the enemy. Survival mode is all about managing the resources and armies to secure victory. In the end, it will be a boss battle.

When Will Warhammer III Release?

The concluding game in the Warhammer trilogy was announced on February 3, 2021. The trailer at the time did not announce the release date of the game. But worry, not Warhammer fans. The release date for Warhammer III is February 17, 2022. The game will also release on Gamepass on day one. Creative Assembly has confirmed that the Gamepass owner will get access to frequent updates like traditional owners of the game.

What else is known for the game? The game is now available for pre-order. And you know what comes with pre-order, the benefits. With pre-ordering, the players will get access to the Ogre Kingdom Race pack.