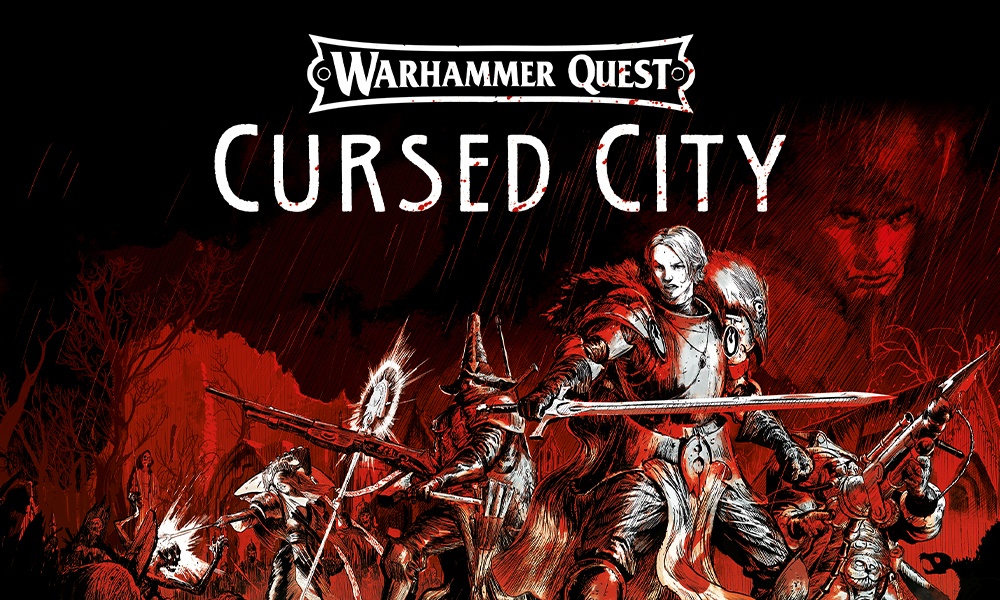 Warhammer: Age of Sigmar is one of the miniature games made by Games Workshop. It is a quite popular miniature wargame due to its vast number of characters and tactics. There are various types of board games like War Cry, Storm Vault, Crypt Huntress, and Broken Realms under the Age of Sigmar. The main agenda remains the same, but the quest or the aim of the game varies. Soon we are going to get another addition to Age of Sigmar. It will be called Cursed City.

Before jumping into all things we know about Cursed City, let me explain to you what this miniature board game is. Miniature board games, like its name, are board games where there are miniature characters who represent you. Each character has a different ability and can do different tasks. You can use those characters on the map tactically to win against your friends or whoever you are playing with. Not only characters, but there are different types of models like mountains or weapons to create a proper scenario. People buy such games for various reasons. Some love to play such kinds of games, and some just want to collect all the characters’ figures. People even customize the figures by painting them and giving them a unique look.

Now that you have a basic idea about such kinds of games, let’s look at what the Cursed City brings with itself. 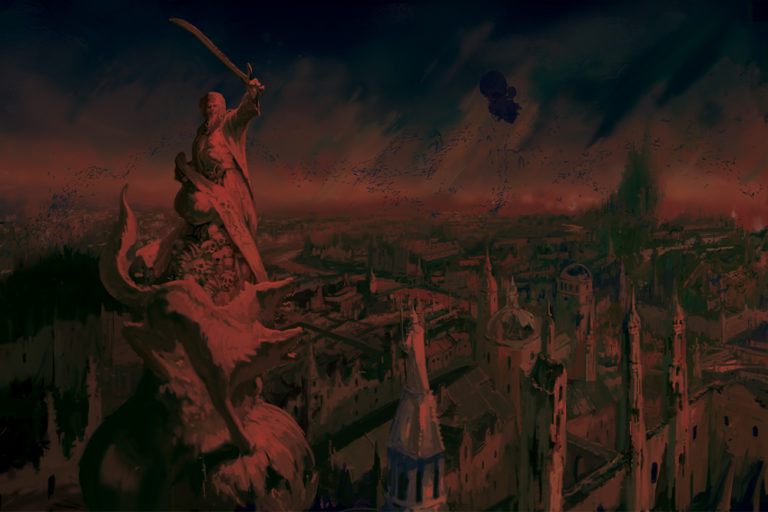 Talking about the plot, in this version, you have to save a city named Ulfenkam, which is under the control of demons and vampires. The main villain being Radukar The Wolf. Radukar The Wolf was once a savior, but with time, he found himself trapped with all the dark powers; his hunger for more increased, and he became the evil lord of the city. You have to embark on a quest to free this cursed city from Radukar the Wolf and his army. Would you risk your lives and souls to do it? Or are you too scared to bring justice? Play the game and find out.

Contents of the Box

Let’s have a look at the items which you get in the box of this game. There are a total of 8 hero characters that will help you in saving the city. Each has different abilities and powers. They are called Agents of Defiance. Next up, you have the Overlords of Ulfenkam, the villains. The demons and vampires who control the city. There are a total of 42 models of such villains. So beating them is going to be some task—8 against 42.

There are a lot of terrains and objective markers.  Terrains represent different areas of the city and objective markers tell the player what they must do to proceed ahead in the game. These objective markers can trick you to death too. So you have to read them very carefully and play with your intelligence. The box will also contain two books. One would be the rule book which will explain all the rules of the game to you. Second is the Quest Book, which will give you a detailed insight into all the villains and the heroes. This information would be precious while playing as you will know the strengths and weaknesses of each character.

As said above, there are 8 main heroes and 42 villains. Out of 42, there are 5 main devils who have a big character figure. We will let you know some basic details about all these 8 hero characters. 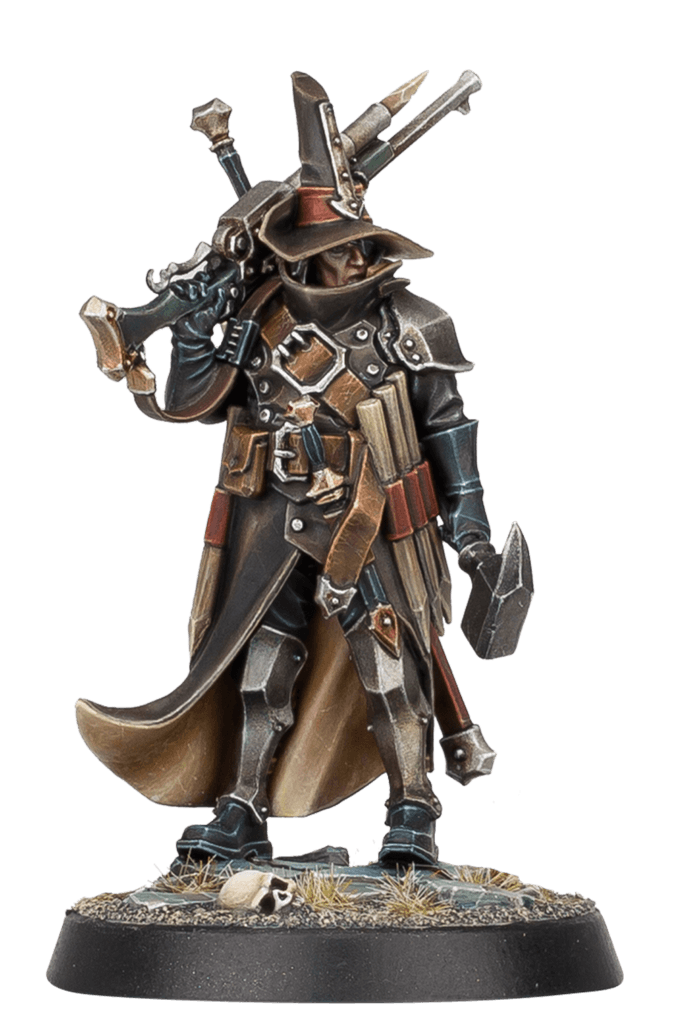 Jelson Darrick is a one-person army. His fighting skills and hunting skills make him a danger in every aspect. He was once a member of the Order of Azyr, a group of witch hunters and cultists of Dark Gods. 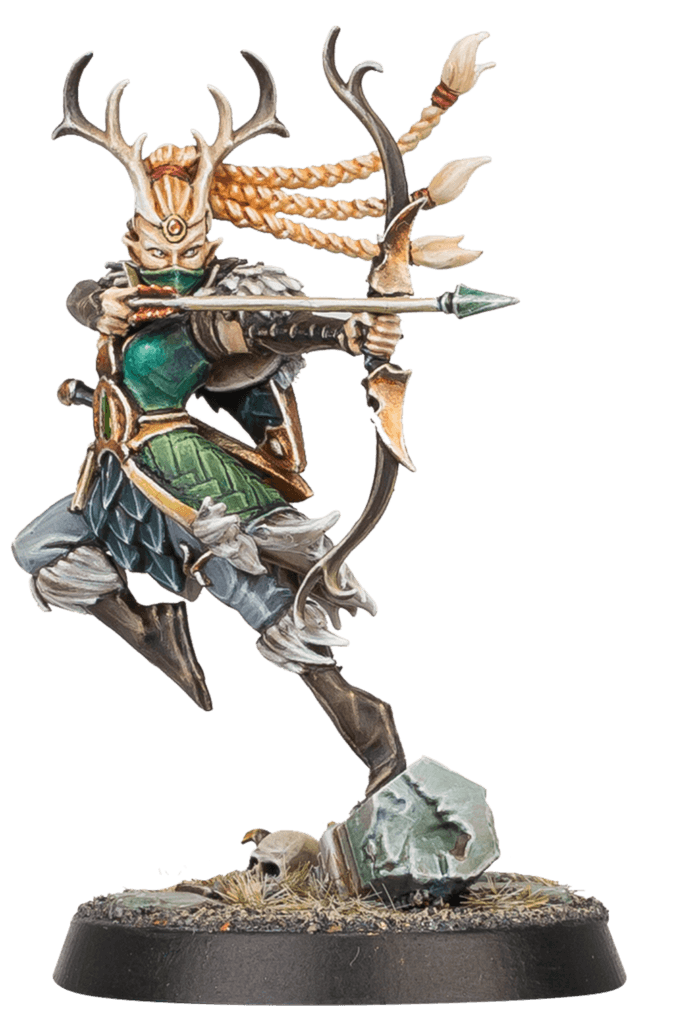 Qualathis the Exile is a magical character. Her magic lies in the bow and the spell enchanted arrow which she uses to slaughter the vampires and demons. Her splinter is made up of Oak of the Ages Past, which gives her arrows the magical ability. 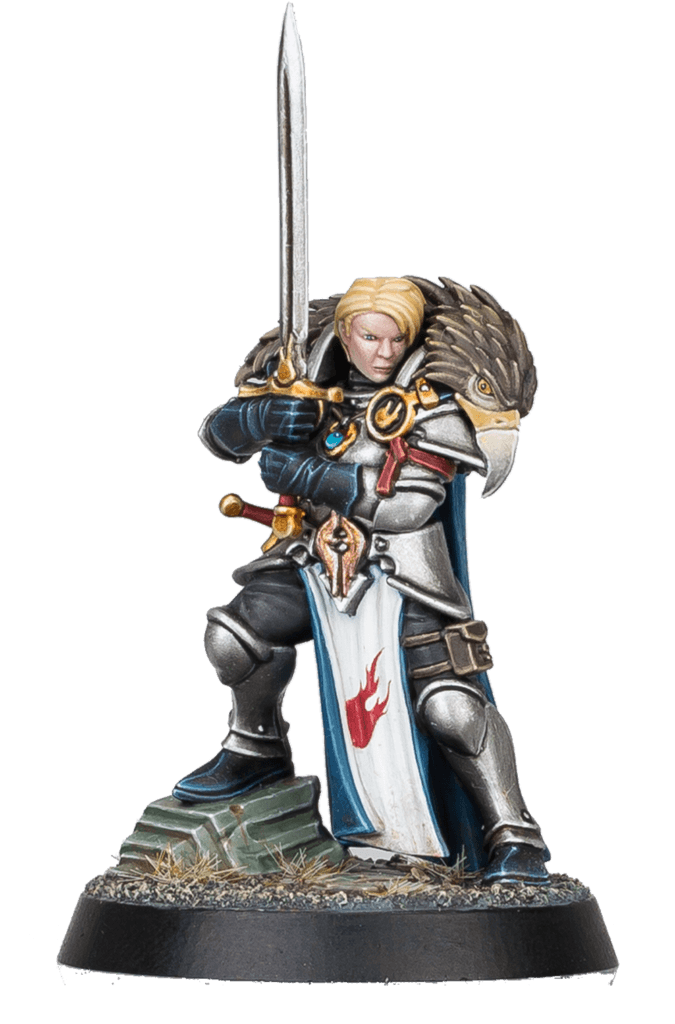 Emelda has her own reasons to destroy Radukar the Wolf. The demon king once destroyed Emelda’s army, and now she is set to take revenge on him. She has taken a vow to kill the vampire and bring back peace to her city. Either this or die doing this. 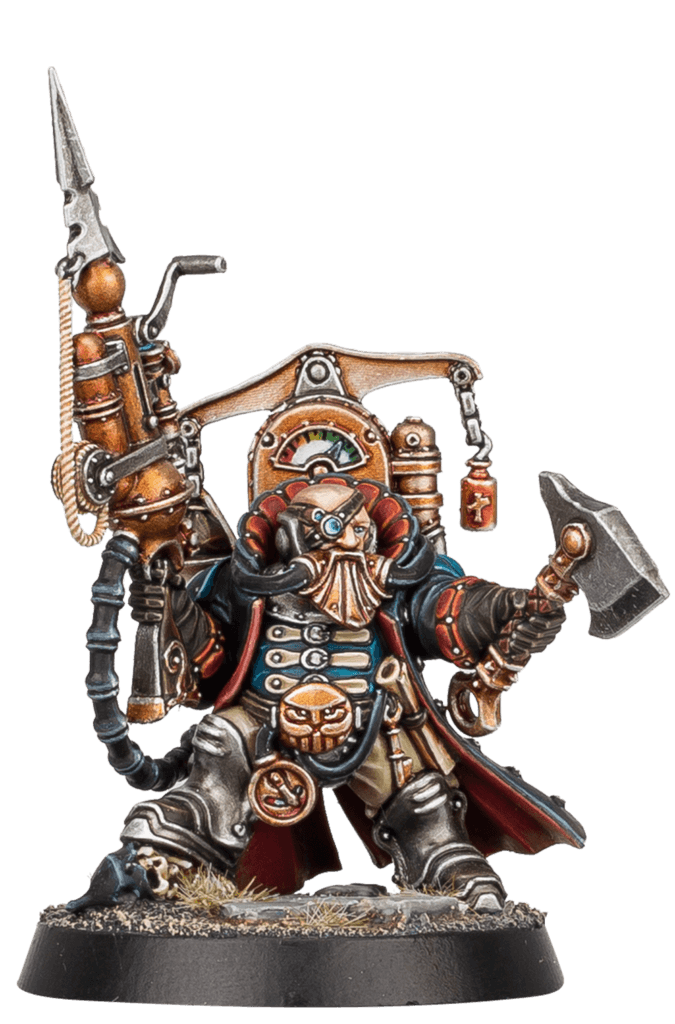 Dagnai is a witty and smart trader. He is always in search of things that would make him rich on the streets of the City. He is as important as the fighters in the game. 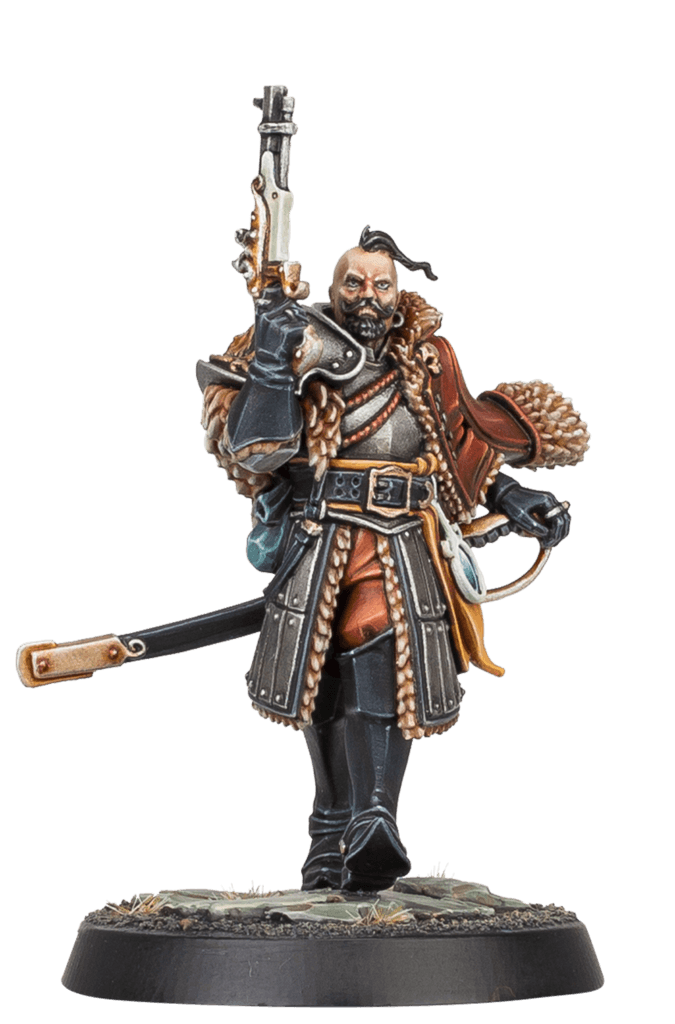 Glaurio ven Alten III is the last of his dynasty. He is set to avenge his own family members who joined hands with Radukar and took the Blood kiss, which turned them into vampires. He is an excellent swordsman, and he is set to behead each and every enemy he faces in his quest. 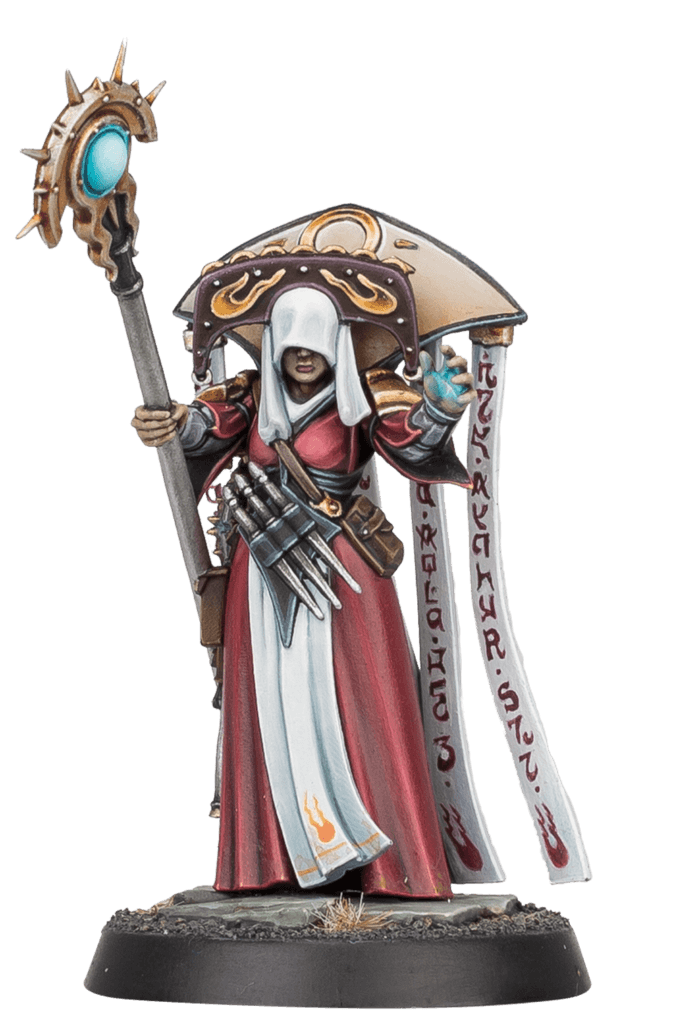 Cleona is one of the Comet’s core members’ Cults, she warned everyone in the city about the doom they were going to face, but no one listened to her. Now that the destruction is done, she still aims to clean the mess and bring back peace to this city. 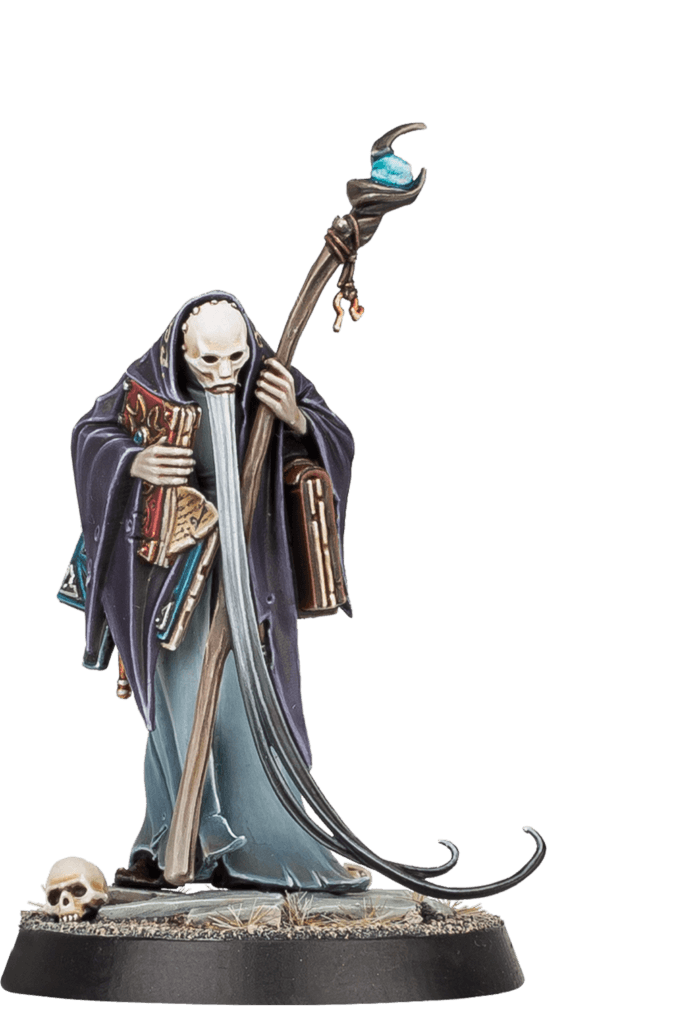 Octren is a master of the dark arts. He has spent years in the Realm of Death and knows a lot about manipulating the realm stone. He was once a friend of Torgillius the Chamberlain, who is one of the main devils. Now, he is set to go against his colleague and free this cursed city from all the dark forces. 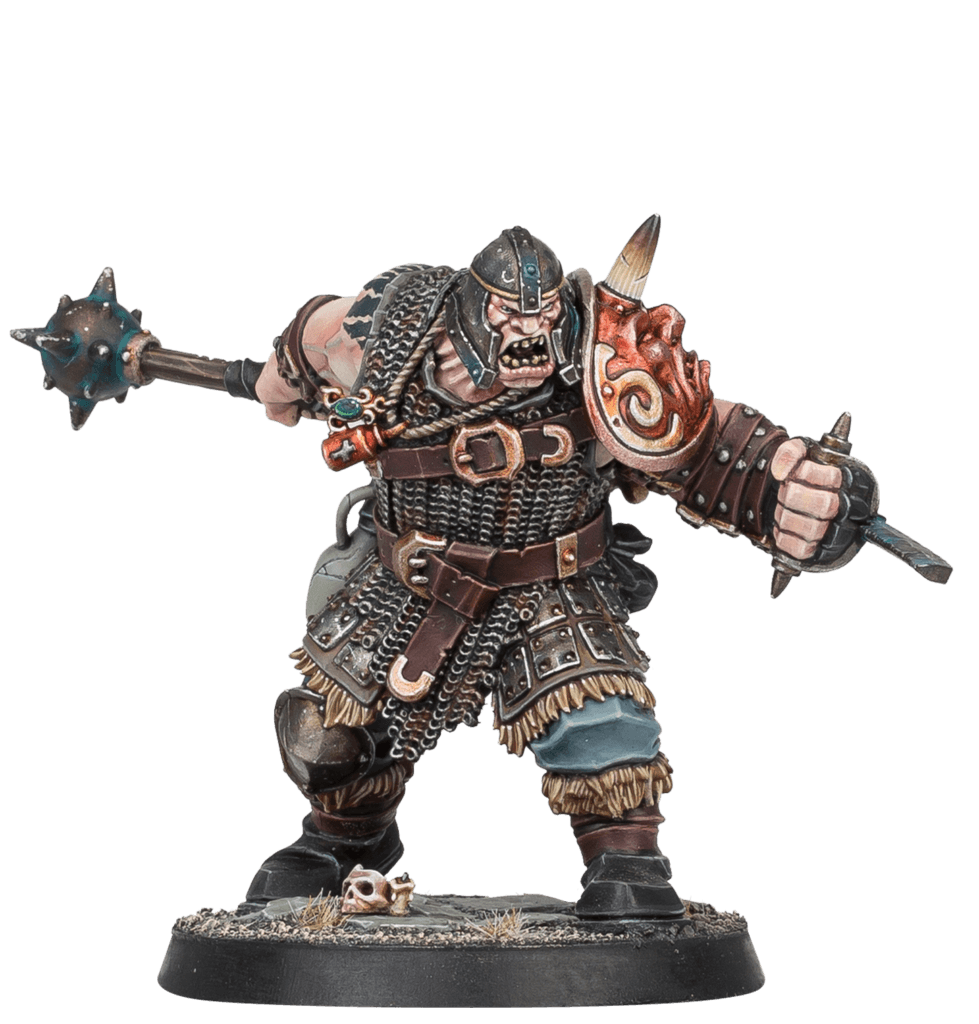 Brutogg is an Ogor, and he loves eating. Not eating your normal food. He loves eating skeletons, half-dead zombies, and cadavers. He can eat them endlessly, and he has arrived in this city to prove his might and satisfy his hunger.

Talking about the demons, there are 5 main demons out of 42. They are

These are the main heads of the other 37 demons. You will have to defeat each of their smaller counterparts and then go against them in a boss fight. Just like every hero, every vampire has its own trait and its own past. Some of them were born demons, and the Blood Kiss converted some.

We are expecting Warhammer Age of Sigmar: Cursed City to release sometime in Fall 2021. As of now, there isn’t any news of when this board game will be available in the market. All the details about the game, characters, and everything have already been uploaded on the Warhammer Age of Sigmar: Cursed City’s website last month. Fans of this board game franchise are eagerly waiting for the board game to come out. Till then, enjoy all the previous board games under the name of Warhammer.