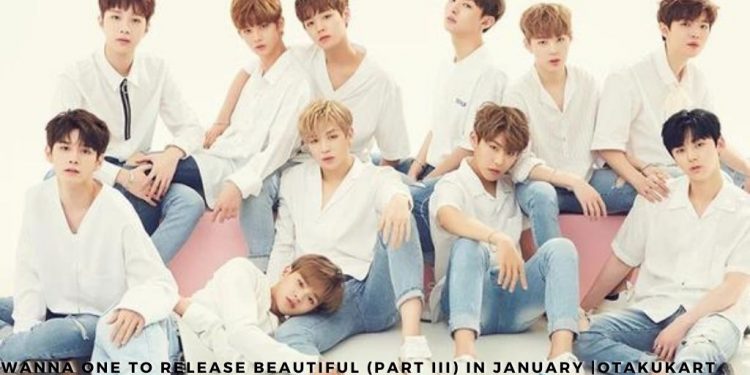 Wanna One will be releasing the song that is as beautiful as its name ‘Beautiful (Part III)’ in January. Where did they perform this song, you say? Wanna One gave fans an amazing present at the MAMA’s by reuniting and performing the song. We are pretty sure that fans must have gone crazy with excitement with this piece of news. There is no wonder why they wouldn’t, as the group hasn’t released any music for literally three years. The group will be releasing the song that they had performed at MAMA on January 27.

Wanna One had been one of the most popular boy groups of kpop a few years ago. The ultra-popular boy group had been formed through the 2nd season of Produce 101. The members of the boy band had received countless praises from everyone, including the queen of kpop herself, BoA. The group had gained massive popularity ever since they debuted on August 7, 2017. Wanna One had consisted of Kang Daniel, Park Ji Hoon, Lee Dae Hwi, Kim Jae Hwan, Ong Seung Woo, Park Woo JIn, Lai Kuan Lin, Yoon Ji Sung, Hwang Min Hyun, Bae Jin Young, and ha Sung Woon. Unfortunately, after their contract with CJ E&M was terminated, the eleven-membered boy group disbanded on December 31, 2018.

More About Beautiful (Part III) Of Wanna One

Wannables had been over the sky when they heard of Wanna One’s supposed comeback with all of the eleven members. Plus, many of you might have noticed that the release date of Beautiful (Part III) is the same as the date of the last concert of Wanna One as a group. Just a while before, in MAMA 2021, almost all of the Wanna One members once again performed their iconic songs Energetic and Burn It Up. They had also performed the song Beautiful (Part III), which they had made especially for the performance.

In addition to that, the song will be the continuation of the series that Wanna One had started back in 2017. It would be great if Wanna One keeps making comebacks like these. Because not only would they be a commercial success, but they would be bringing back one of kpop’s most favorite groups!

Also Read: Wanna One Comeback: The Boy Group Is Ready To Take The MAMA Stage!