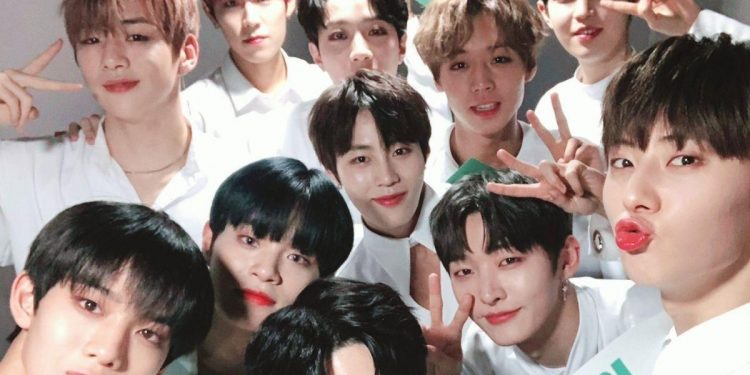 As if MAMA being held in-person this time wasn’t a piece of good news for the fans. Another good news is just confirmed. After disbanding in 2019 and breaking their fans’ hearts, ‘Wanna One’ is set to make their comeback again this December. However, the talks about Wanna One’s getting ready for a reunion have been going on since early November after a report by JTBC revealed that the boys and their company might be thinking of coming back together. The fans were hopeful as they saw I.O.I reuniting last May, manifesting for the boys to come back too. And it didn’t take long for the confirmation to reach the internet that Wanna One is finally coming back together.

Why Did ‘Wanna One’ Disband?

As the members were signed to different entertainment companies, during their debut, their contract was only for a year and a half. Having a small contract with Swing Entertainment, ‘Wanna One’ disbanded on December 31, 2018. But since the boys were on an ongoing tour, they performed their last concerts in late January. After their contract ended, the boys went on not to extend their contracts with the company and went their separate ways. While some fans think that the reason behind their disband was lack of money and poor management. Considering they had to give tickets away for free even after their albums did well in the sales. Some fans think it was the decision that boys made on their own as they wanted to do different things.

After disbanding, Yoon Ji Sung and Ha Sung Woon made a comeback as soloists and released their respective singles’ Love Song’ and ‘Electrified.’ While Minhyun went back to NU’EST. Ong Seong Wu, too, came back as a soloist and released his EP. And is now focusing on his acting career. Kim Jae Hwan, Kang Daniel, Park Ji Hoon all debuted with their solo careers and have released some major hits. While Woojin and Daehwi went on to debut in the group AB6IX. Jin Young debuted in CIX. While Lai Kuanlin has left Cube entertainment after winning the lawsuit. After releasing a collab with the Wooseok from Pentagon. Lai has also appeared in the Chinese drama Don’t Think About Interrupting My Studies as a male lead.

Wanna One will be taking over The 2021 MAMA stage on December 11 at 6 p.m. KST. As the boys are already preparing for their performance, Jae Hwan took to Instagram on November 26 and posted a comeback selfie with the boys with the caption ‘Long Time No See.’ It was only ten of them as Lai Kuanlin is in China for his acting projects. As confirmed by the organizers of the 2021 MAMA on November 15.  Wanna One will be performing at the MAMA stage along with the dance crews from ‘Street Women Fighter.’ Calling ‘Wanna One’ and ‘Street Women Fighter’ dance crews an important part in spreading K-pop all over the world. The award show announced ‘a special performance’ from the group in the upcoming month.

The boys of Wanna One will not be limited to performing on the stage. As CJ E&M also revealed that if the MAMA comeback goes well, they might start working on a concert and an album involving all of the Wanna One members.

Also Read: What Does ‘Bonsang’ Mean in Kpop? Winners Of Bonsang and Daesang in The Fact Music Awards 2021