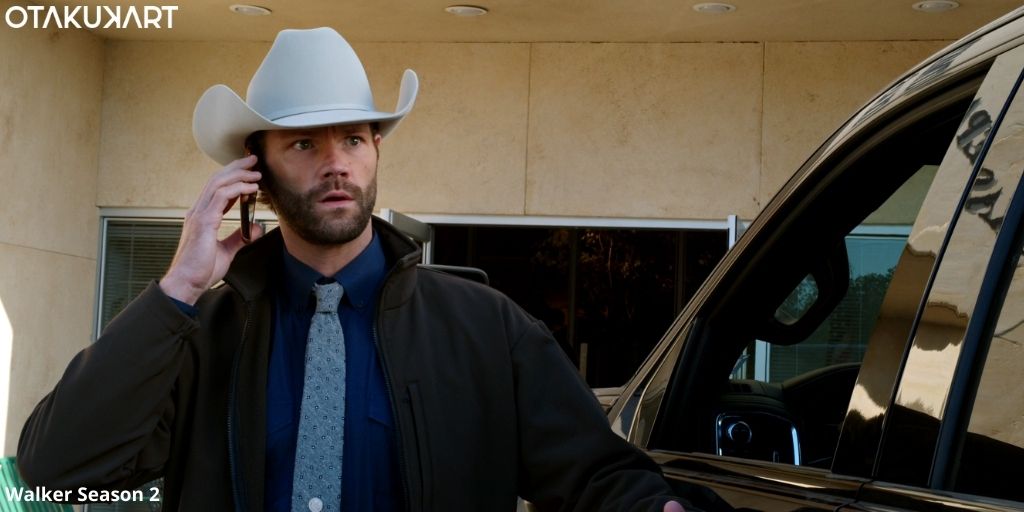 Things are about to get out of hand in Walker Season 2 Episode 9 as Cordell might be facing his biggest enemy again. On the other hand, the previous episode gave us a look at Captain Larry James in the hospital after he was shot twice by a masked man in front of Trey’s house. Meanwhile, Cordell had a big responsibility to handle the headquarters in the absence of James.

In addition to that, he found himself nervous and alone in the process to take charge as he had no one by his side. However, he was determined to find the man who was responsible for putting James in the hospital. Furthermore, he went all out in the process by visiting an old coworker in prison that got James quite upset. Meanwhile, James got to reconnect with his ex-wife once again who came to stay by his side. However, Liam got a crucial intel that might possibly prove him right about his long-time suspicions over the Davidsons.

The American tv show following the western crime genre with a slight touch of a modern take has attracted a lot of viewers towards it. With the success of the first season, the second season kicked off on 28th October 2021 and has been going strong so far. But the viewers are now excited to watch Walker Season 2 Episode 9. However, let us dive into the events of the previous episode and check out what all went down.

Episode 8 of Walker Season 2 titled “Two Points For Honesty” dropped on 20th January 2022. The episode opened up with Trey running in the line of fire to protect Captain Larry James and giving a fightback to the shooter with James’ gun. But the shooter escaped and James was taken to the hospital. Meanwhile, Cordell and his family arrived as soon as they heard about the Captain. The next morning, when James gained consciousness, he made Cordell in charge temporarily and Cordell went out to find whoever was responsible. Later on, when he came back, he saw that James’ ex-wife Kelly was there for him too. He then informed James that the shooter was still in the wind but they were looking for him. On the other hand, we saw him visit Stan Morrison in prison who once worked with them but was in with Serano as well.

Although, he didn’t find much from him. Whereas, James got upset knowing that Cordell went to see Stan and another argument about James second-guessing Cordell as in charge came up. All of this got James tensed and his condition worsened. However, Cordell gave everyone hope to stay strong but he himself was feeling alone. But Geri met him at the hospital while visiting James and gave him support telling him that he could handle it. Later at the HQ, Cordell told everyone about Captain’s condition and asked them to work on finding the shooter for James. Whereas, Liam called his friend at the DA office and pulled some strings eventually finding a possible match for the shooter who was connected with James in the past.

Cordell rushed to the hospital learning about this and got the force surrounding the hospital and searching inside as well. However, the shooter named Cole was already in Captain’s room with a gun at his head. But Cordell arrived there and asked Cole to lower the gun. While James didn’t want anyone to die and tried to talk Cole out of it. Although, one of the members of the police force shot Cole from outside seeing a gun in his hands. Later on, we saw Cordell telling Captain James that he was not the one to take charge as he liked taking orders. While in the end, we saw Liam also visiting Stan in return for the intel he provided about Cole. But Stan gave him another crucial intel by telling him to find some old files at his property that will prove that he was right about the Davidsons.

“Walker Season 2 Episode 9 will release on 27th January 2022 on The CW at 8 pm ET.” Whereas, the episode will be titled “Sucker Punch”. The episode will show us that Serano might be getting bail eventually. Moreover, he could try to kill Cordell’s brother Liam after getting out. Therefore, Cordell will have to face another big challenge trying to stop Serano and save his brother as well.

Also Read: Chicago Fire Season 10 Episode 13 Will Be Back After A Halt