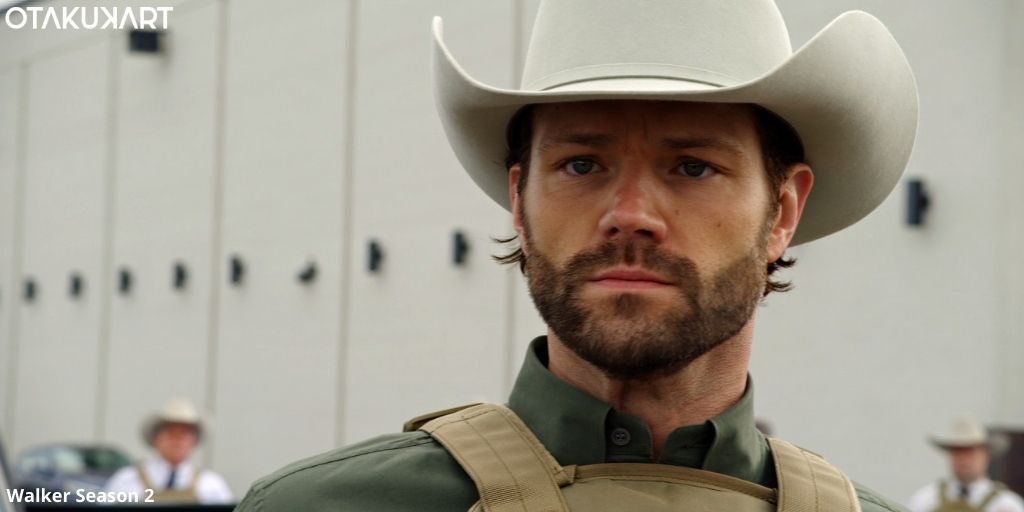 It looks Cordell will find himself in a dangerous situation with a new mystery girl on Walker Season 2 Episode 10. Whereas, the previous episode gave us a look at the return of Captain Larry James back at the Rangers headquarters after his recovery from the shootout. Meanwhile, Cordell was at the hearing of Serano’s bail plea which eventually went in Serano’s favor.

On the other side, we saw Dan finding out about Serano getting out which got him worried and he decided to put out the video evidence against Serano anonymously that would put him back into jail. Meanwhile, Serano tried to negotiate a deal with Dan after learning from his lawyer that Dan possessed the video. On the other side, Colton got approval from Dan to ask out Cordell’s daughter Stella, considering the Davidsons and the Walkers have a history with each other. Whereas, the episode also witnessed the death of a major person which shocked Cordell.

The western-crime tv series has been attracting a lot of viewers since its arrival on 21st January 2021. Additionally, with the success of the first season, the series is now going strong with the second season too that premiered on 28th October 2021. Although, the fans are now eagerly waiting to watch Walker Season 2 Episode 10. But before discussing that, let’s take a look at the events of the previous episode.

Episode 9 of Walker Season 2 was titled “Sucker Punch” and it aired on 27th January 2021. The episode began with everyone at the Ranger HQ welcoming Captain James back to work. While Cordell was at the court witnessing the hearing of Serano’s case which Serano eventually won and made bail. Knowing how dangerous Serano can be, Cordell was worried about the safety of his family. Meanwhile, Dan was doing his best to make things better between him and his wife Denise. However, he soon learned from her that Serano was out and decided to drop off the video footage of Serano talking about killing Cordell at the DA’s office anonymously. But Serano’s men arrived there and he had to run away. Surprisingly, he arrived at Liam’s house and hired him as his lawyer, convincing him that it was important for the safety of his brother Cordell.

Moreover, he asked Liam to make sure his identity is not revealed to anyone, not even James, Cordell, and Denise. He also asked for full immunity in exchange for the evidence. Realizing how crucial this evidence was, Liam talked about this to James, Denise, and Cordell without revealing it was Dan who provided the evidence. Eventually, Denise agreed to take this forward with the judge, knowing that this could send Serano behind bars. On the other hand, we saw Colton trying to talk to Stella and tell her about his feelings. But he missed the opportunity, while Todd made his first move on Stella. However, Geri told Colton not to lose hope and go for it without thinking of the outcome. Moving on, we saw, Serano called Dan and threatened to hurt his family unless he gave him the video.

Dan was terrified and decided to meet Serano and make a deal. Moreover, he informed Liam that he won’t be going forward with their deal. However, Cordell saw Liam talking on the phone, disappointed, which gave him the idea that his client was backing off. Furthermore, he had a good hunch that it was Dan and he traced his license plate at the railway station. Eventually, Cordell ran into Serano and his men and Serano escaped in someone’s one. But Cordell followed him back and tried to stop him. Unfortunately, an incoming truck hit Serano’s car and he died. Later on, at the bar, Cordell told Denise that it was Dan who gave the evidence and she was with the enemy. While in the end, Denise went through the surveillance footage and saw Cordell telling his mom that he started the fire at the Davidsons farm which caused Marv’s death.

“Walker Season 2 Episode 10 will release on 3rd March 2022 at 8 pm ET on The CW.” Meanwhile, the episode will be titled “Nudge”. The show will be on a break until the Winter Olympics are over and will return later. The upcoming episode will witness a new mystery girl in town shooting Cordell with a tazer gun and abducting him. While Liam will try to found something related to the Davidson-Walker history.

Also Read: FBI: International Season 1 Episode 11: What Is Next For Scott & Jamie?