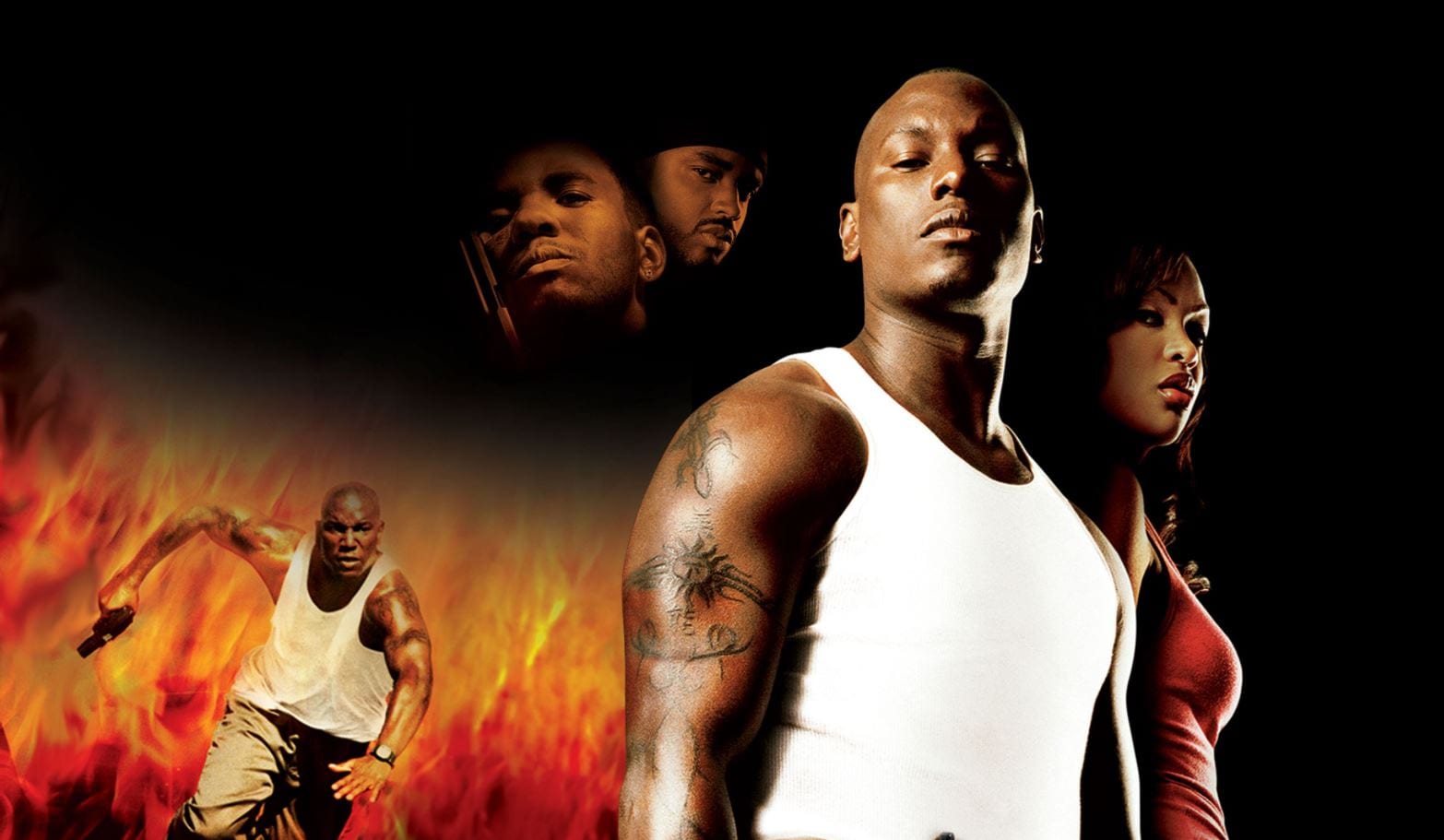 Waist Deep is a 2006 action drama film loosely based as a spinoff of the 1967 ‘Bonnie and Clyde.’ Directed by Vondie Curtis-Hall, the film stars Tyrese Gibson and Meagan Good. Here in this film, we follow a seemingly modern way of storytelling towards two characters who are on the road as they commit criminal offenses, all while trying to stay ahead of the cops. Usually, any plot that has criminal activity in it has the ones committing them portrayed as the bad guys, but not here. In this film, we see a different perspective on the lives of an ex-convict who is willing to do anything to protect his son. At the end of the movie, the narrative dictates that they lived after, but the question is, how did it come to that situation. So, in this article, we will get Waist Deep Ending Explained.

In Waist Deep, the cat and mouse chase is only a part of the narrative. Meanwhile, there is a bigger, much emotion-filled plot in the making. Here, the ‘Clyde’, Otis Senior is seemingly a good guy who just came out of prison. Being an ex-con, he works as a security guard for his rehabilitation. But one day as his son is not picked up from school in his replacement, he heads on to pick him from school. But while we witness a loving father-son relationship between the Otises, their car gets hijacked with his son inside it. From here, we begin the chase sequences as Otis Senior teams up with a beautiful hustler, Coco to try and retrieve his son. The plot does pack a few punches with its nefarious gangster scenes and medieval torture. All while a gang war between the two big dogs is being prepped.

The Plot of Waist Deep 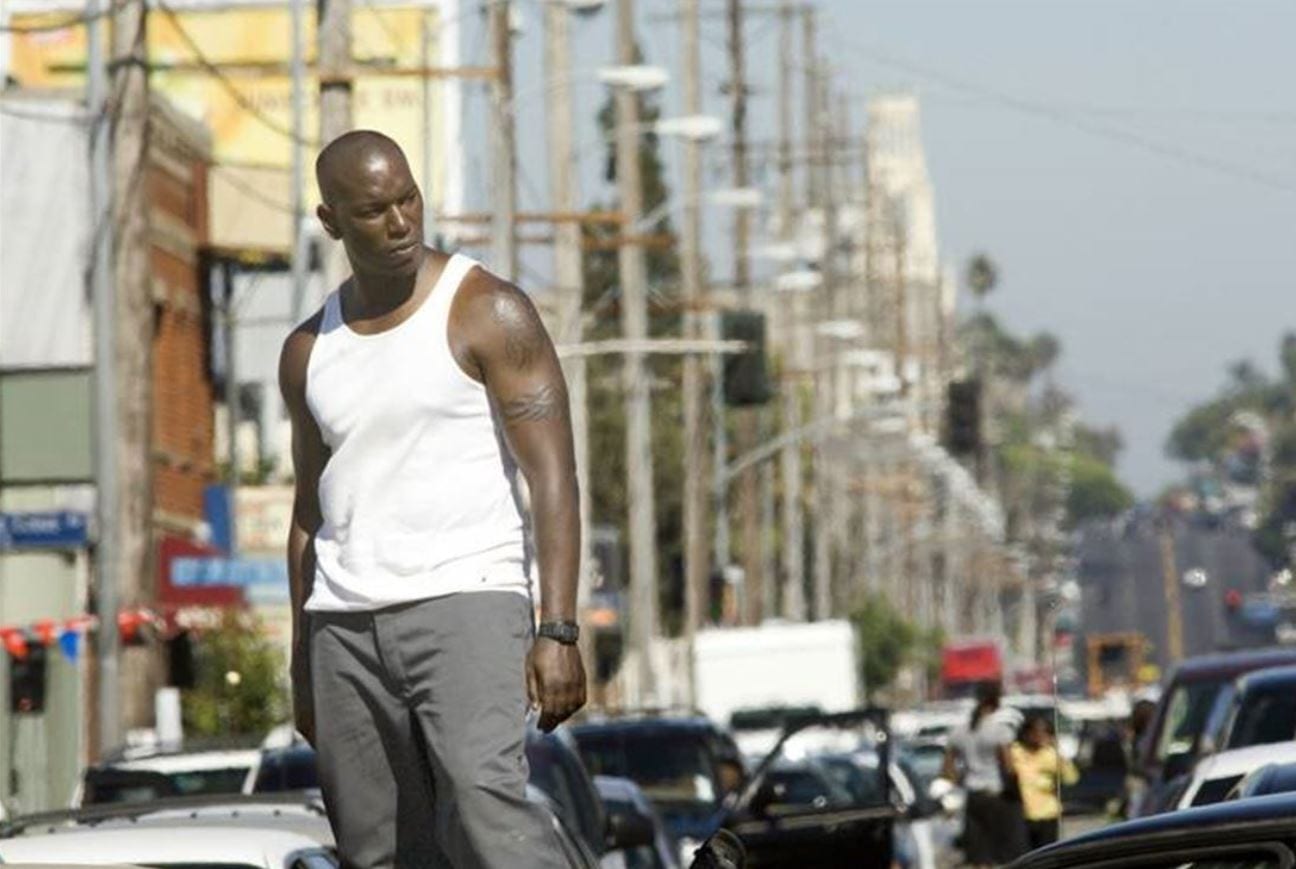 The story of Waist Down follows an ex-convict named Otis Senior. He even had an alias called “O2.” This name stuck with him dues to his knack for leaving crime scenes without a trace. Seemingly vanishing into the air, Ots is started to being called O2. Now that he is out of prison after six years, O2 tries to make sure that he never has to leave his son, Ots Jr. again. O2 for his rehabilitation was assigned to become a security guard. Meanwhile, his son was to be picked up by a replacement which never arrives. Therefore knowing that his son might be scared that no one picked him up, O2 informs his head, after which he heads to the school. Picking him up, we have a loving father-son reunion where O2 tells his son how he will always come back for him.

Moments later, as Otis Jr. falls asleep, O2 puts him in the back seat. Just then, at a traffic light, O2 has an encounter with a beautiful woman named Coco. She was there to sell him some stolen suits, which he rejects to buy. While she walks away, O2 gets a bit distracted by her body when a car pulls over behind him. In a crowded road, a gangster emerges from the car as he steals the car from O2 at gunpoint. But as O2 was sleeping in the back seat, he gets kidnapped in the process as well. O2 follows the two cars on foot as he shoots down the gangsters. Just as he was about to shoot the driver of his car, Otis Jr. wakes up calling out to his dad. Fearing that him shooting a bullet could hurt his son, he doesn’t shoot. 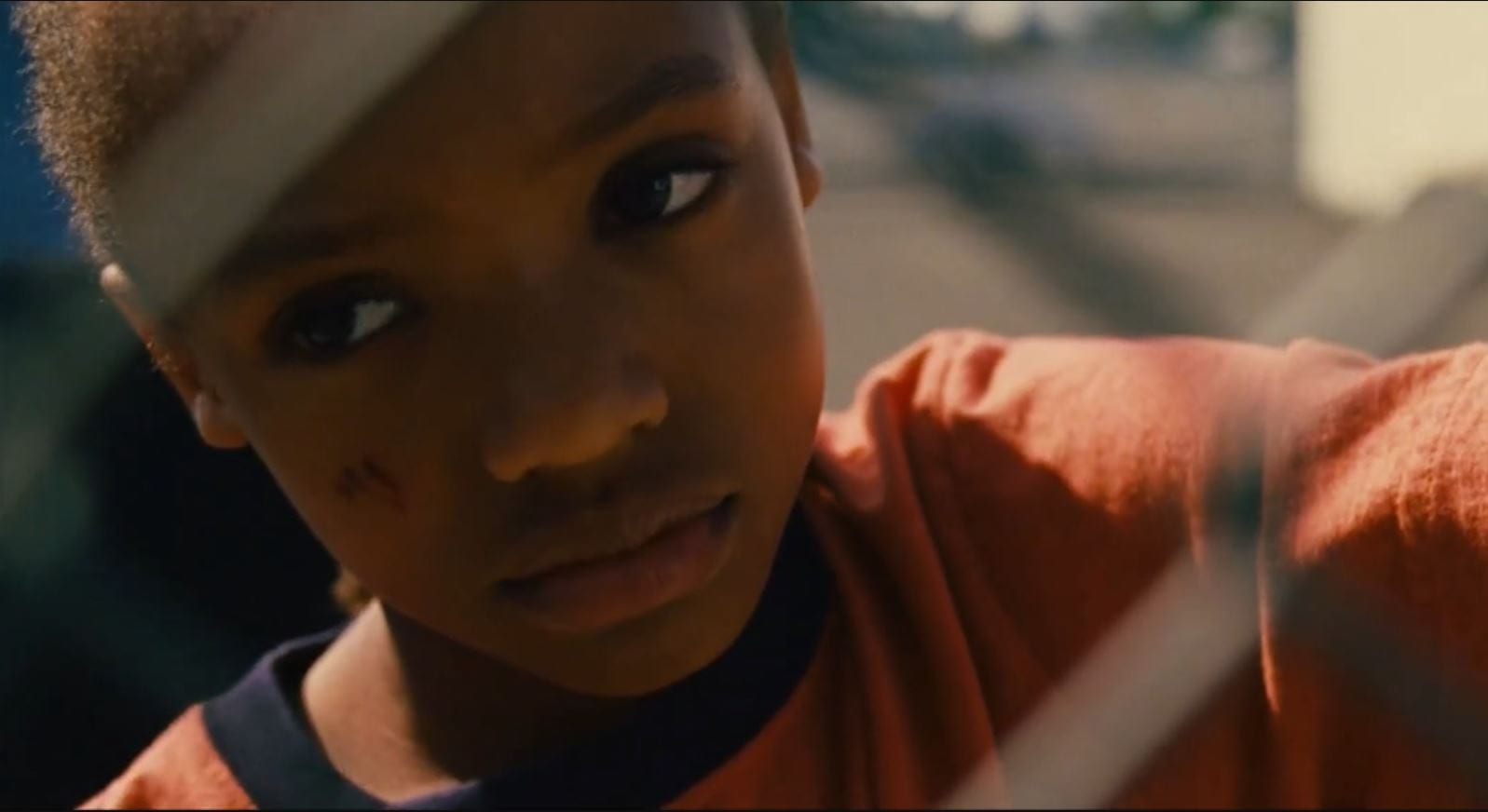 O2 realizes that the woman who met him at the traffic light, Coco was a hustler who sells stolen suits for P Money. And she was actually there to mark his car for the hijack. Knowing this, O2 forces her to help him find his son. Considering his car was stolen, O2 goes to steal another car when Coco’s boyfriend starts beating her. O2 can’t stand this as he beats him into a pulp, after which the two retreat to his cousin Lucky’s home. Lucky was a drug addict who worked for the leader of the Outlaw Syndicate, Big Meat. From him, Lucky finds out that it was Big Meat who had Junio kidnapped. Big Meat and O2 had previously taken part in a heist from which O2 still owes $100,000 to Big Meat. He demands money to be delivered to him if he wanted his son back.

O2 plans to steal from both crime operative of the city, P Money and Big Meat. He wants to stage that both of the gangs were stealing from one another, triggering a gang war. In the midst of all this, while they hope that the two gangs eliminate each other, O2 and Coco will rescue Otis Junior. They successfully conduct robberies in one of Big Meat’s locations from where they find a bunch of deposit keys. The next day, O2 and Coco stage a number of bank robberies, during which they steal a lot of expensive jewelry. Lucky who owed a debt to Big Money goes to him with some of the jewelry. Unknowing that the jewelry actually belonged to Big Money, Lucky is forced to set up a meeting between O2, Coco, Big Meat, and himself. 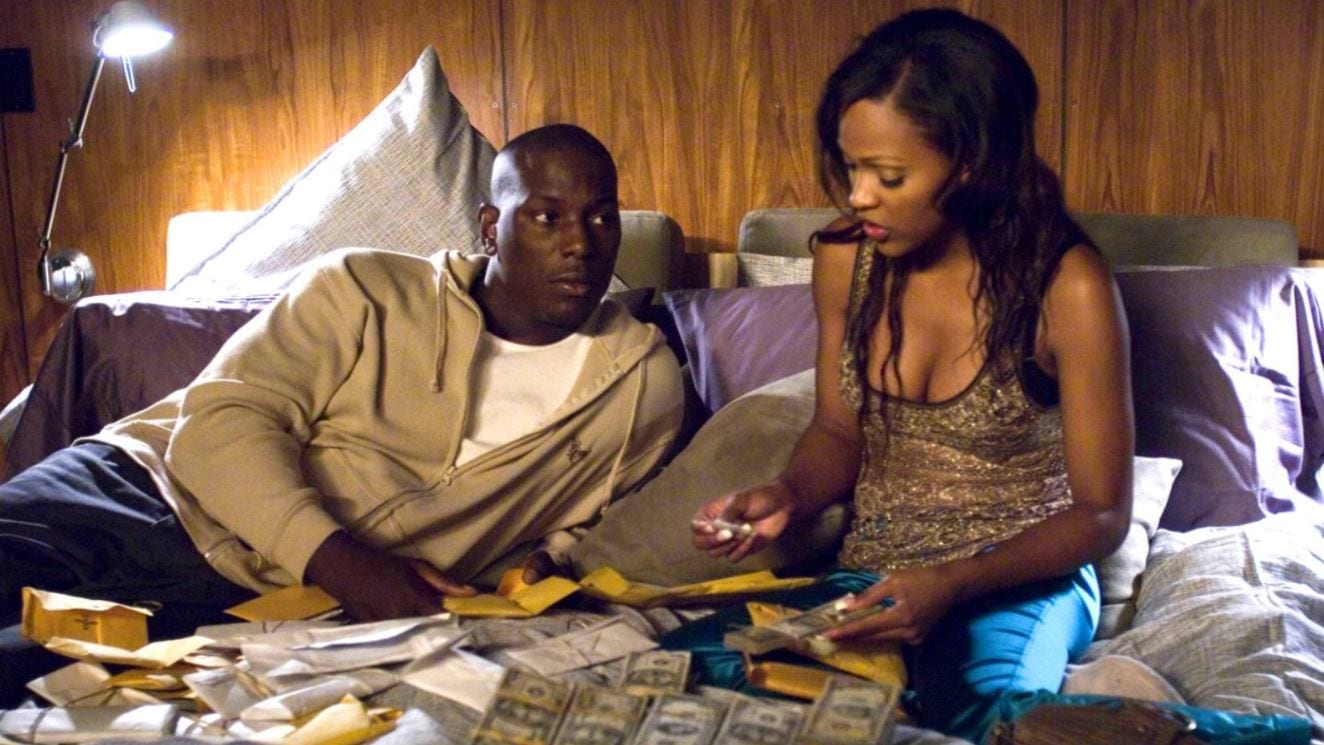 They head to meet up with Big Money to hand him over the cash. Here, the money they have is in no way close to $100,000. So, a shootout erupts in which we realize that Big Meat never intended to free Otis Junior. He signals his men to shoot the kid when Lucky sees this and tackles him. Lucky gets a shot in the side of his chest and is in need of being taken to the emergency room. O2 kills his former partner Meat and retrieves Junior.

While in the car on their way to the hospital, they try to stop Lucky’s bleeding, but he succumbs to his wound. They are being followed by the police but using his evasive skills, O2 takes them to a parking lot. Here he asks Coco to take Junior past the Mexican border while he stays and distracts the cops. He promises Otis Jr. that he would come back for them.

What happens in Waist Deep Ending?

O2 is tailed by the cops when he keeps speaking to his son on the phone. He drives inside a port where he is cornered into a dead-end by the cops and helicopters. O2 realizes that he has no other choice, so he drives the car into the water. We see Coco and Otis Junior on the beaches of Mexico. Here sometime has passed since O2 had disappeared. Coco who believed O2 had died, was taking care of Junior as she trained him in his Spanish. While she pointed at numerous things for him to translate the words for, Junior sees a silhouette of a man walking towards them. It was his dad, O2. Coco has tears in her eyes as the two of them run towards O2, hugging him and having a supposedly happily-ever-after life.

While it is seemingly impossible for what happened at the end to happen, it is also miraculously possible. At the end of Waist Deep, O2 drives the car into the water, which should have him dead. Normally, such an incident will be heavily investigated by the police. But they aren’t able to find his body because of which O2 is considered to have died in the waters. But surprisingly nothing happens to him as we see him in the end reunited with his son and Coco.

The only true possibility in which O2 could have survived the waters was if he soon got out of it. Knowing that it was a port, there were not many exits available. But while on his call with Otis Junior, his son tells him that he was able to see some ships. Otis might have done just that as he swam to a ship and got aboard it. Through this, he may have crossed borders to reach Mexico and finally reunite with his son. If one wishes to re-watch this film, Waist Deep is available to buy or rent on Amazon Prime Video and Vudu.