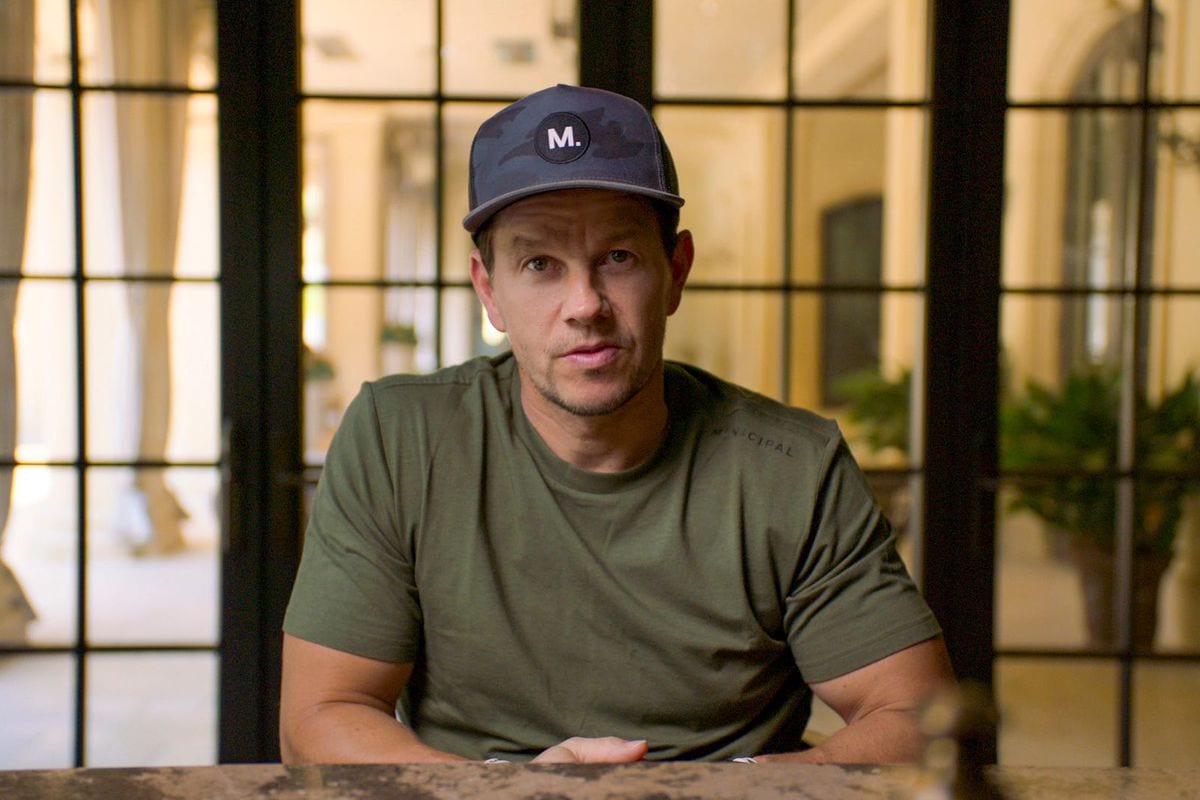 Wahl Street is a reality series about Hollywood actor Mark Wahlberg juggles and balances his businesses with his family life. We see the actor contending with his several businesses along with his commitments. This is while he also has an active acting career. The story kicks off six weeks before the April 7 opening. At this time, the US was still open for business and the pandemic hadn’t resulted in a shutdown yet. The opening shot shows a masked Mark Wahlberg on the phone in an empty office. He finds out that every Wahlburgers outlet has shut down. The reality series is a six-parter and goes through Mark’s life during the pandemic which brought a halt to his businesses. In the first episode, he’s on his way to the premiere for Spenser Confidential in his car. He’s talking to various CEOs of his many companies.

Then he can be seen encouraging one of his sons to do the homework assignments that he’s not willing to. We then see him jump out of the car and sign fans’ pictures. The first episode mostly takes place before the pandemic happened and everything had to shut down. We see Wahlberg in London where he had relocated for the movie Infinite. We see him performing his daily routine, working out in the middle of the night in a hotel room-turned gym. Various heads of his many companies are also working out along with him, to bond and talk business. He checks in with his several business interests including his clothing line. We see him checking and supervising his clothing line Municipal. He can be seen as excited about the designs. However, when the samples arrive, later on, he doesn’t like them very much. 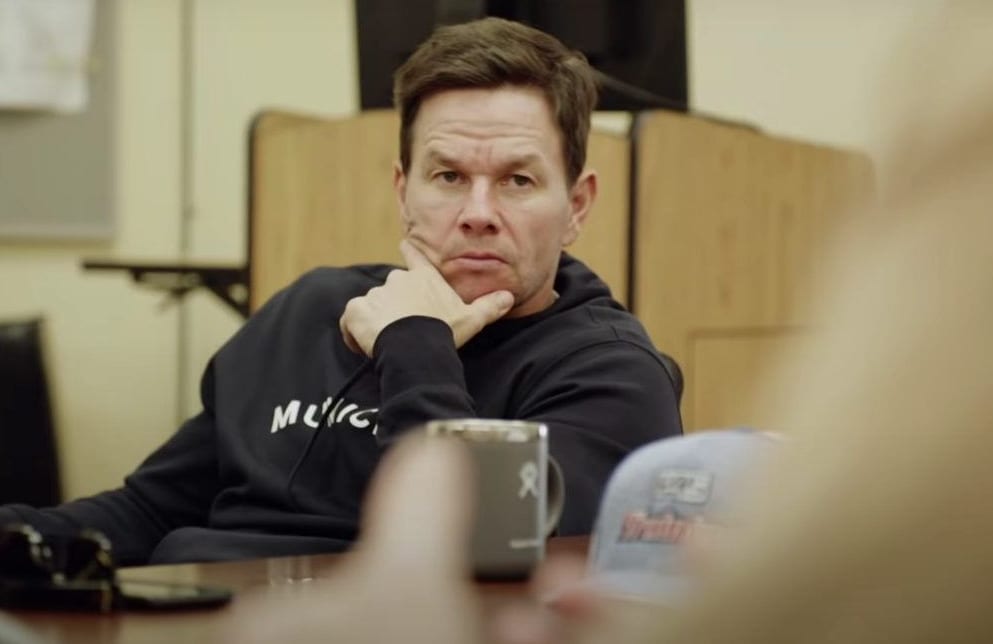 Wahl Street is a Series About Failures

He also goes to work out an agreement with a gym franchise F42, but it doesn’t seem to work out. He also has some other troubles with his Wahlburgers’ London franchise, which has some quality and staffing issues. The whole series depicts similar troubles of his, with one business after another. This series was supposed to follow his role in his various up-and-coming businesses and their growth. However, as we all know, the courtesy of Covid-19 virus, the pandemic happened. And instead, we see Mark’s businesses coming to a halt and his plans collapse during the pandemic. In an interview, Wahlberg said that it’s a much more honest depiction of where he’s at in life. He added that all the failures have losses have taught him more than his victories.

Talking about how the series covers his failures he said the social media people are always showing great successes. He said that he wants to show the people his journey, struggle, the learning curve, and the road-bumps. We see him talk about this very same thing, albeit in a more explicit manner. In one episode, he asks the camera crew if they know why the show’s going to be such a hit? He then answers it himself by saying that people are going to love watching him “f***ing implode. The six-episode series is one of the first business documentaries to come out of the pandemic. As far as the business aspect goes, many people related to businesses can resonate with it. The Covid-19 pandemic was a huge and unprecedented halt for many businesses.

Wahl Street Delves Into the Pandemic-inflicted Business Halt for Wahlberg

It was no different for the Hollywood A-lister Mark Wahlberg. We see all the ups and downs, well, mostly downs, with Mark’s many businesses. What was going to be series about him balancing his many lives, evolved into a spiral of pandemic-inflicted failures. The filming for the series started well before the shutdowns started. But as they did eventually happen, the cameras continued rolling. Wahlberg’s confidence is at a high point in the early episodes, as that was the time before shutdowns. We see him getting optimistic and enthused about expanding his businesses to great lengths. We watch him share his vision of increasing F42 gym franchises, topping Starbucks storefronts. He goes and examines the designs at his clothing line Municipal. He reviews and rejects cloth designs and samples. Then we see Mark boast about the fast-paced growth of Wahlburgers, a franchise he co-owns along with his brothers. 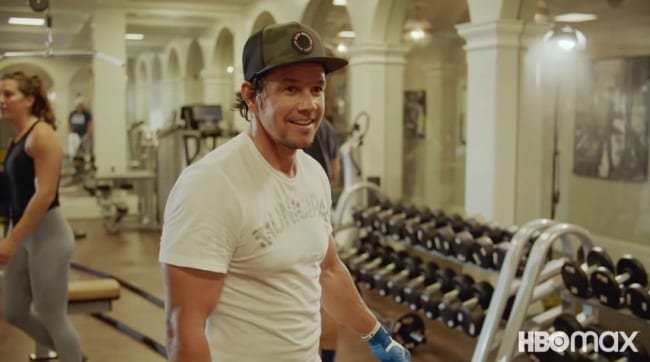 And then the pandemic arrives. His clothing business Municipal loses a major funder due to this. Many of his F42 studios shut down temporarily. The business and along with them, the optimism takes a plunge. It all shuts down and the business meetings start taking place digitally, over Zoom sessions. It becomes quite depressing for Wahlberg and he admits to feeling depressed at times. He and his business partners try and tussle with the pandemic and invest more of their own money. There are times during the series when the focus is on some of his business partners. His partners are not multi-millionaires like him. Some of them are risking everything to keep their businesses from collapsing entirely. We see some of Mark’s colleagues breaking down and fighting tears as the pandemic wrecks it all.

Mark’s foray into fame was as a young brother to Donnie Wahlberg. Donnie was a part of the successful boy band called New Kids on the Block. At age 13, he was a member of the original group but quit after a few months. In 1990, he started collaborating with Scott Ross, Hector Barros, Anthony Thomas, and Terry Yancey. The group was called Marky Mark and the Funky Bunch. Their debut album was a success as the song “Good Vibrations” became a hit. It reached number one on the Billboard Hot 100, later becoming a platinum single. He later collaborated with reggae singer Prince Ital Joe on the album Life in the streets. The album was a success and later on, Mark would put together a musical act called One Love. He would, later on, release several singles and an album All Around the World in 1997.

Wahlberg has been a Calvin Klein underwear model. His first notable feature was in the music video for “Good Vibrations”. He flaunted his physique mostly for a series of Calvin Klein underwear ads. Calvin Klein TV ads followed after that. He was often featured in magazine and television promotions alongside model Kate Moss. He also did a famous session in underwear for Vanity Fair’s annual Hall of Fame issue. In 2012, Mark became a brand ambassador for a line of sorts nutrition supplements by GNC called Marked. Mark Wahlberg is a co-owner of Wahlburgers, along with his brothers. It started from a restaurant his brother Paul owned in Hingham, Massachusetts. It was Mark’s idea to then expand it into a full-fledged chain. 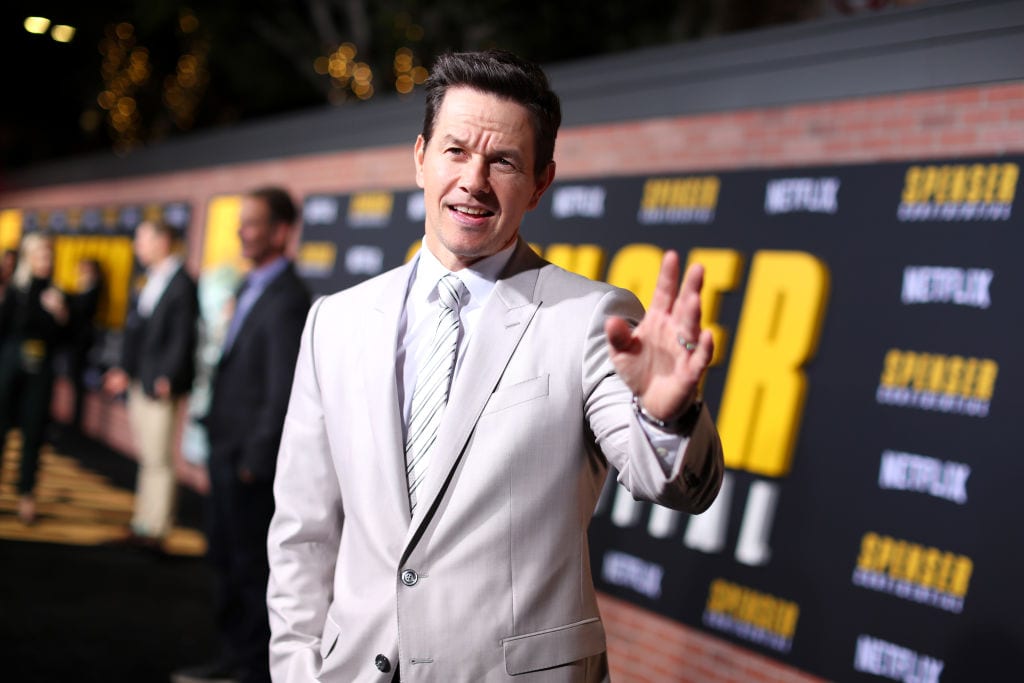 Mark Wahlberg at the Netflix premiere of Spenser Confidential.

He also made a reality show to promote this chain. The reality show, also called Wahlburgers, followed similar beats as Wahl Street. It was about the drama and the work that went into making their chain more known and successful. In 2013, Mark bought an equity interest of the Barbados Tridents cricket team. In 2015, he invested in Aquahydrate, a bottled water brand he discovered. He also roped in rapper Sean Combs and billionaire Ronald Burkle to join and invest too. In 2016, he co-founded a sports nutrition company called Performance Inspired, along with former GNC executive Tom Dowd. In 2017, he also invested in a $6 million funding round for StockX. Mark would then go on to buy a stake in the F45 fitness franchise.

Wahlberg started his acting career with his debut in the TV film called The Substitute (1993). His debut on the big screen was with the film called Renaissance Man. In 1995, he appeared alongside Leonardo DiCaprio in The Basketball Diaries. His first starring role came in the thriller film called Fear. He went on to gain critical success and positive reception with his role in Boogie Nights. He’d find success in Three Kings, The Perfect Storm, and Four Brothers. His successful career continued throughout the 2000s. He gained praise for his roles in The Departed and I Heart Huckabees. He was to star in The Brokeback Mountain, which he declined because of his discomfort with the sex scenes.

Wahl Street ventures into the fast-paced life of the actor Mark Wahlberg, as he traverses through the pandemic. With his businesses getting shot down and new prospects getting out of reach, it’s a tense time for him. But the series could have done more if it focused more on those who were affected by the pandemic. There are slivers of it, with some of his not-so-rich colleagues struggling and risking it all. But mostly it’s about the mildly to little interesting Mark Wahlberg. He doesn’t make for a compelling central character, even in the series about him. Well, for what it’s worth, it’s at least a peek into a celebrity’s side hustles (businesses). And we don’t get to see that a lot. So that’s something. Our rating for Wahl Street is a 2 out of 5