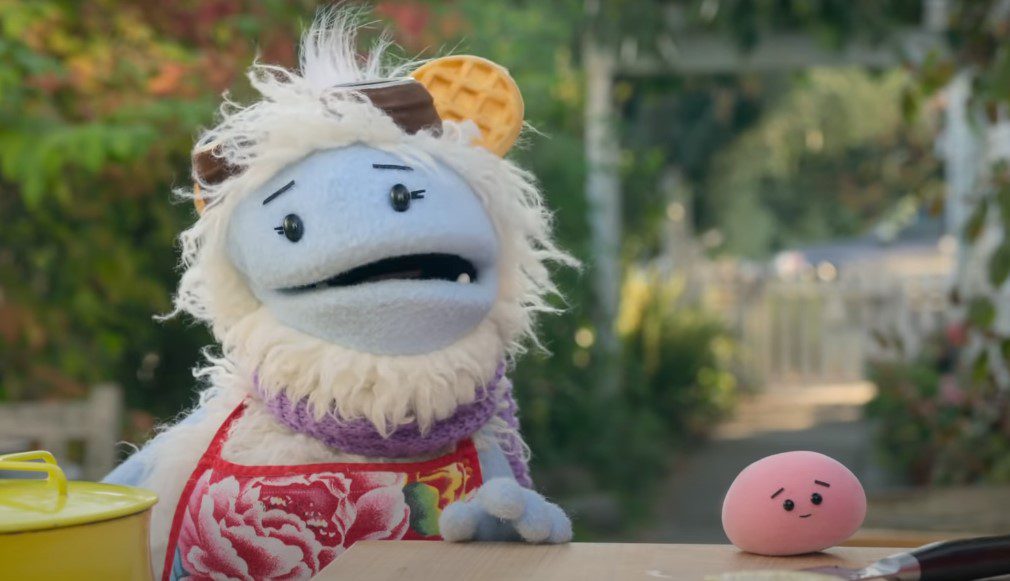 ‘Waffles + Mochi’ is an educational kid’s culinary program about curious puppet companions who travel around the globe learning about other cultures and foods while also learning how to cook. Michelle Obama, the former First Lady of the United States of America, coaches Mochi and Waffles in their travels. Ms. Obama provides important advice to the younger generation about the significance of consuming good, healthy, and nutritious food. This is everything we know about Waffles + Mochi season 2.

The series, created by Jeremy Konner and Erika Thormahlen, seeks to raise awareness about good eating habits in order to address major concerns such as kid obesity, which is on the increase in the nation. The program has been praised by reviewers for being both instructive and entertaining. It has wowed audiences all around the globe who are looking forward to the next season. If you’re wondering when ‘Waffles + Mochi’ will return for season 2, look no further. We’ve got your back here at Otakukart, let’s begin!

Waffles + Mochi season 2 will release on March 15, 2022, on Netflix. Firstly, the second season will consist of ten episodes. These episodes will drop simultaneously on March 15. This means another season of fun food adventures with the former first lady, Mochi, Waffles, and Mochi Mentor. In this new season, we will see even newer, healthier, and nutritious suggestions for younger generations on the importance of healthy habits regarding what we eat. Each episode lasts half an hour.

Moreover, this is a Netflix original show, so it will stream exclusively on that platform. Because the program is an educational children’s series, there are no cliffhangers at the conclusion of the first season. As a result, the show’s continuation is totally dependent on the success of the first season of ‘Waffles + Mochi.’ Because it has gotten a lot of positive feedback from fans and has not been advertised as a limited series, we may anticipate the program to be renewed in the next months. 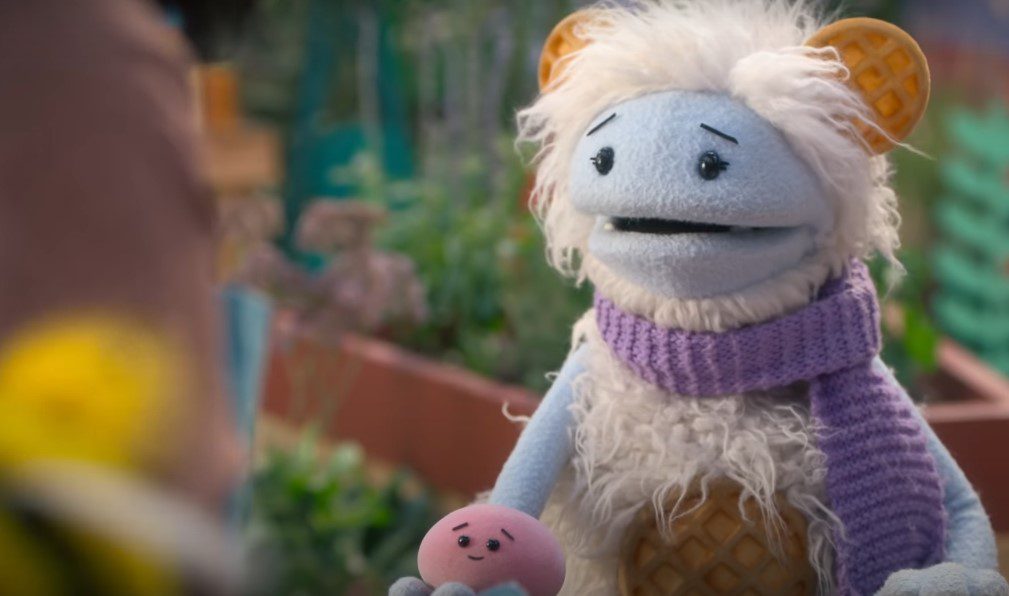 This children’s show is the initiative of Higher Ground Productions. The latter is an American production company founded by former United States President Barack Obama and his wife, Michelle Obama. Moreover, the couple signed a multi-million dollar partnership contract with streaming platform Netflix for the production of film and tv projects. All these projects aim to bolster the diversity of the entertainment industry. Additionally, Higher Ground Productions reached out to Spotify for the creation of audio content in exclusivity for the platform. Coupled with Waffles + Mochi, the Obamas also produced Ada Twist, Scientist for Netflix, focusing on science, technology, and math for kids.

Magicart is voiced by Diona Elise Burnett, while Shelfie is voiced by Taleia Gilliam, who is most known for her part in ‘The Angels of Death.’ Puppeteer is voiced by Andy Hayward. Piotr Michael as Mochi, Michelle Zamora as Waffles. And Katie Leclerc is among the other famous voice cast members. Michelle Obama, the former First Lady, is also featured in the children’s cuisine series. The majority of the voice cast members will almost certainly repeat their roles. And Michelle Obama may return to coach Waffles and Mochi in their exploits in the series’ future season.

Chefs José Andrés and Samin Nosrat have appeared as guests on Waffles and Mochi in the last season, as have performers Sia, Mandy Moore, Jack Black, Rashida Jones, Zach Galifianakis, Tan France, Common, and Gaten Matarazzo. Michelle Zamora, the puppeteer behind Waffles, was spoon-fed a mouthful of each new dish sampled by the character in order for her reaction to be more realistic. She was also spoon-fed a bite of each new dish tasted by the character in real-time. Another fascinating tidbit: Nosrat’s new dog Fava Bean was supposed to be a part of the show but instead barked at the Waffles and Mochi puppets “just as Nosrat was instructing Waffles that cooking brings everybody in like a family.”

Who is Michelle Obama?

Michelle Obama (b. January 17, 1964) is an American novelist and former first lady of the United States, serving from 2009 to 2017. She was the first African-American woman to hold this office. She is the former first lady of the United States and the wife of former President Barack Obama. Obama was raised on Chicago’s South Side and attended Princeton University and Harvard Law School. She began her professional career at the law firm Sidley Austin, where she met Barack Obama. She then worked in NGOs and as the University of Chicago’s assistant dean of Student Services. As well as the vice president for Community and External Affairs at the University of Chicago Medical Center.

Michelle married Barack in 1992, and they had two kids together. Throughout 2007 and 2008, Obama campaigned for her husband’s presidential run, giving the keynote speech at the 2008 Democratic National Convention. She has since made renowned remarks at the 2012, 2016, and 2020 Democratic National Conventions. As the first lady, Obama acted as a role model for women and promoted poverty awareness, education, nutrition, physical exercise, and good eating. She was a fashion icon who promoted American designers. After her husband’s presidency, her impact remained strong. In 2020, Obama was named the most admired woman in America for the third year in a row, according to Gallup polls.

Because America has now been medically determined to be an obese country, efforts are being made to highlight the significance of health and nutrition. Season 1 was a resounding success. The audience was quite impressed with its aim. Which was to educate the audience, which was mostly made up of children. In order to reduce childhood obesity rates and related ailments such as heart issues and blood pressure. It has received excellent praise from reviewers, who describe it as both informative and amusing. Season 2 is eagerly anticipated by the show’s fans. Waffles and Mochi go off on a worldwide cuisine adventure to become chefs. Waffles and Mochi explore the globe with Mrs. Obama, learning all they can about diverse cuisines and civilizations!

Waffles and Mochi, two inquisitive puppet buddies, travel the world experiencing culinary and cultural wonders while learning how to cook with fresh ingredients. Former First Lady Michelle Obama’s cooking curriculum educates their children on food and many cultures. The 57-year-old mom of two will play a shop owner in the show, according to Netflix. Which encourages “kids and adults cooking together in the kitchen and connecting to cultures all around the globe.” Obama will help her two puppets, Waffles and Mochi, with their tasks “Global ingredient missions take them to kitchens, restaurants, farms, and homes all across the world. Cooking dishes using ordinary ingredients with celebrity chefs, home cooks, children, and celebrities.”

Who made the puppets for this show?

Viva La Puppet produced the puppets, who had the rare ability to consume food on camera for numerous takes. According to Waffle’s puppeteer Michelle Zamora, Waffles has a “secret pocket” that can be cleaned. As well as a specially made glove that allows Waffles to consume hot food safely. They rigged the settings so Zamora could eat at the same time as Waffles to increase her real-time responses to Waffles eating food, and she stated she was “being spoon-fed tortellini from Massimo Bottura”. For the dining sequences, they kept “three or four puppets” on-site in case the puppets became too filthy and couldn’t be cleaned. The puppets were originally designed to be “as intricate as possible using animatronics”. But it was decided to make them simpler and more Sesame Street-like, with “puppetry rods readily visible.”

This show could help tackle the obesity epidemic.

Teaching children healthy habits could help tackle the crippling obesity epidemic in the United States. Numerous research has been conducted in order to discover risk factors for obesity in the United States. Common risk factors include excessive food intake and a lack of physical activity. Eating properly may help a person lose weight, but the general population often fails to understand what to eat and what not to eat, as well as how much or how little they should consume.

For example, while dieting, individuals prefer to eat more low-fat or fat-free goods. Despite the fact that these foods may be just as harmful to the body as fat-containing ones. Only a tiny percentage of employment (20%) need physical activity, which contributes to the aspect of insufficient exercise. Another example might be the rate at which a person eats food. A huge number of studies have identified a link between eating too quickly, which leads to overconsumption, and, ultimately, obesity. When compared to a slow eater, those who eat quickly are roughly twice as likely to become fat as a result of overeating. That’s why shows like this one could help tackle this public health problem. With this, we conclude our coverage of Waffles + Mochi here at Otakukart. Thank you for reading this article, and please keep coming back to our website for more daily updates.

Also Read: Bruce Springsteen Net Worth: All About The Rockstar’s Earnings In 2021