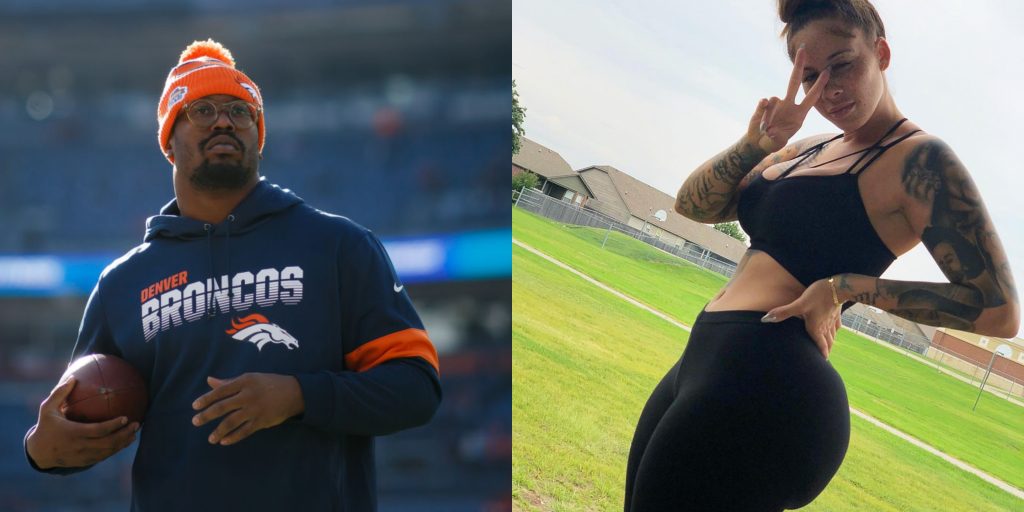 Who is Von Miller Dating? NFL fans surely know about the incredible outside backliner from Denver Broncos, Von Miller. A defender with an eight-time Pro Bowl selection, Miller is regarded as one of the best defenders in the league. Von has the most career sacks of any currently active player. He has been a Super Bowl champion in 2015 when the Broncos defeated Carolina Panthers in the Super Bowl 50. He was named Super Bowl MVP in that match.

Earlier this year, Von Miller has faced some worrying allegations after his split with model Megan Denise last year. Megan has reportedly shared she is pregnant with Von’s child and she has also shared some disturbing texts between the two. But it seems that Von has moved on and is dating somebody else currently. Let’s find out what happened between the two and also who is Von Miller dating.

Who is Von Miller dating?

On 5th January 2021, Von had posted several images with another woman on his Instagram stories while on a vacation at Cabo. Though he was with the woman in the images, her face wasn’t revealed at all. Miller deleted the stories after a few hours from Instagram. He’d posted these stories just a day after Megan Denise shared the disturbing messages about her pregnancy she had got from Von. Currently, no one knows who the woman is and hence it is unclear whether he is dating the woman or not. There is no confirming information about Miller in that regard.

Megan and Miller had started dating back in 2018. She even had dedicated a tattoo on her chest to Von. Megan Denise is an Instagram model. In the past, she had worked as a stripper at legendary boxer Floyd Mayweather’s club in Las Vegas named Girl Collection. News about their split started spreading in February 2020. After enough time had passed, Megan revealed images of her chats with Von to the world. 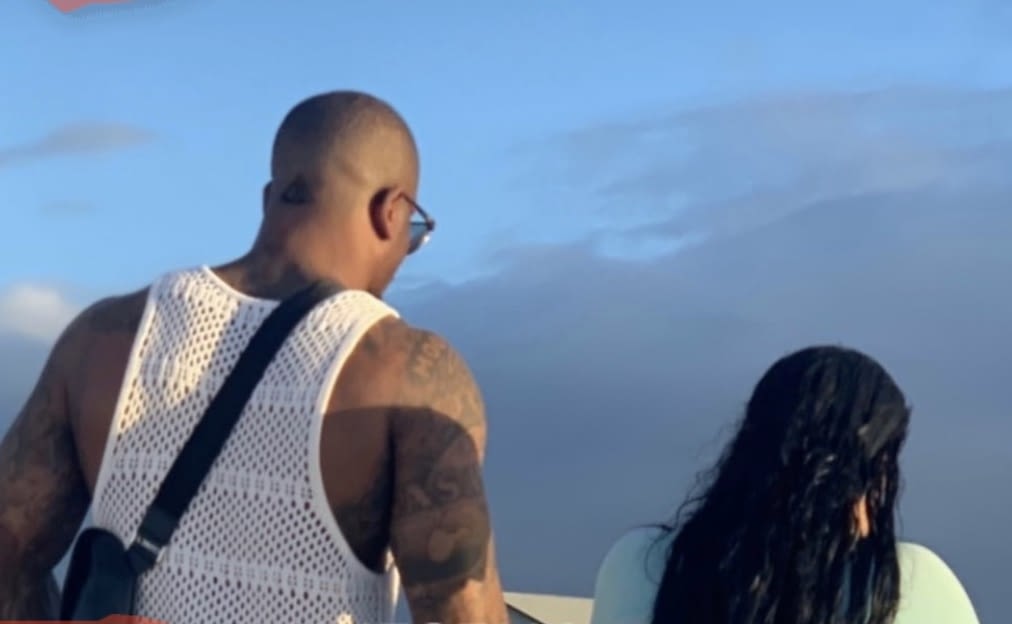 Von Miller vacationing in Cabo with another woman

The chats display a totally different side to their relationship. According to the revealed images, Miller prayed for Megan’s miscarriage. Von’s texts show that he’s disappointed in himself and that this was the biggest mistake of his life. Denise mentions that she is tired of protecting him now. Miller later took to Instagram to post a story claiming that everything Denise had mentioned in her stories was fake. He mentioned that this was a classic trap.

Von’s first career appearance as a professional came against Oakland Raiders in 2011. At the end of the season, he was the “AP Defensive Rookie of the Year” and was selected for the 2012 Pro Bowl. In the second season of his career, he finished second in the race for “Defensive Player of the Year”. He stood at number 9 on the ‘NFL Top 100 Players of 2013’ list in early 2013. Later, he was out of the season due to an injury. In 2016, he signed a six-year $114.5 million deal with the Broncos. With this contract, he was the highest-paid defensive player at that time. Miller’s name is on the Pro Bowl list six times. 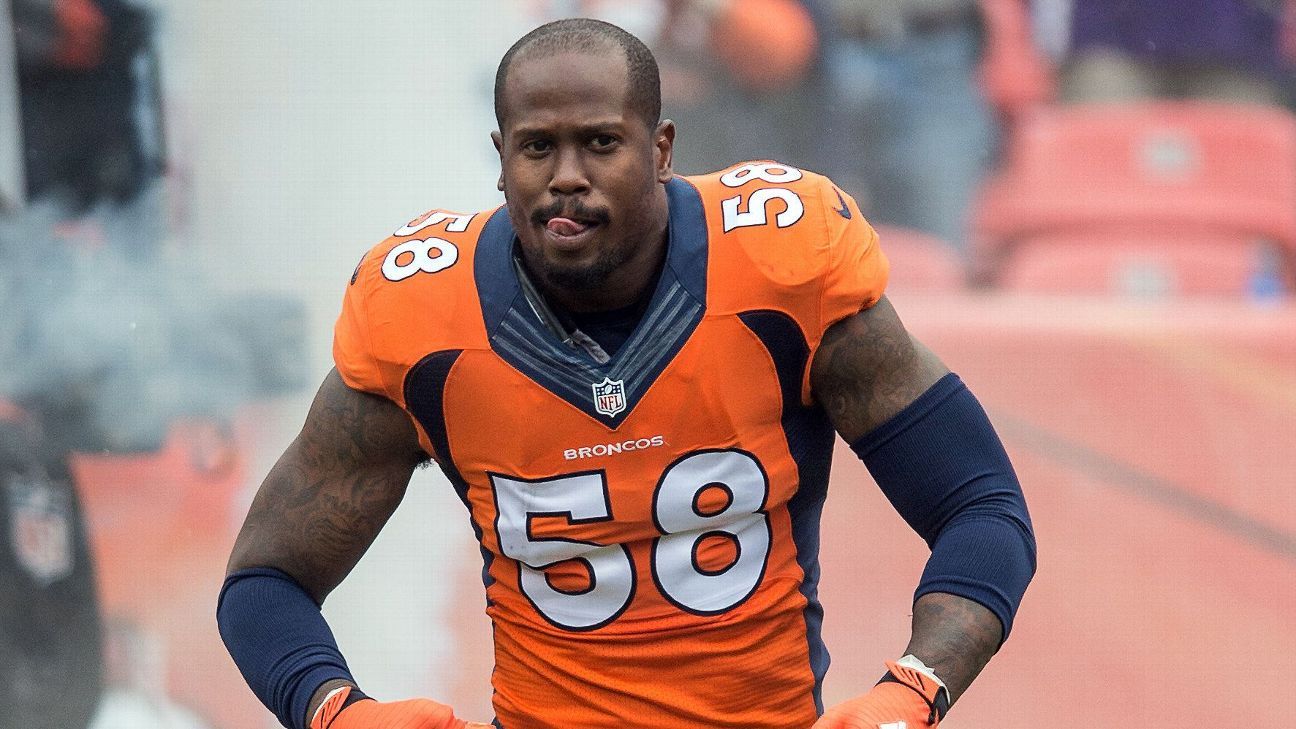 Von B’Vsean Miller Jr. was born on March 26, 1989, in Dallas, Texas. He played college football at Texas A&M. There he earned consensus All American honors and was also awarded the Butkus Award as the most outstanding college linebacker in the country. In 2011, the Broncos drafted him in the NFL Draft. His parents too were athletes in high school. In March of 2016, Miller appeared in the 22nd season of Dancing with the Stars and was a partner to professional dancer Witney Carson. The duo went out in the double elimination and finished at 8th place.

Miller found Von’s Vision in 2012. Von’s Vision aims to provide youth in Denver with eye examinations and eyewear. It hosts Von’s Vision Days where they provide children with free eye exams and eyewear. It is a two-day program where the children receive free screenings and if they need an eye exam, they conduct it too. Then, Miller hosts a party where children get their new glasses. Children have the opportunity to interact with Von Miller.