Voice 4 is nearing its end as we head towards its Episode 9. With only four more episodes left for airing, the series is garnering much attention with the killer’s identity finally revealed. Furthermore, the relation between the killer and Derek Joo is also got revealed in the last episode and what happened with his mother on the Island. Unlike the other episodes, the killer is shown from the first episode in the show. However, there is a slight twist in the killer as he can easily change his appearance with multiple personalities. Also, he has precisely hidden his identity and worked and living like a normal person in the village. The present article is all about the Voice 4 Episode 9 release date and preview, which is soon coming in this week.

The last episode of Voice 4 revealed the face of the killer. It starts with how Soo-Ji tries to escape from her kidnapper. But, she could not do so as he finds her. Later on, he wants the killer. However, someone comes to his house and calls for him. On the other hand, Derek Joo tells Director Kang how three people in masks came and murdered his mother. But, the police did not do anything and left the case it is ruling the same as suicide. Furthermore, he puts forth his speculations regarding the relation of his mother to the death of his sister.

Han Woo Joo found the way for contacting the Circus Man online. He found his ID and begin talking to him, pretending he was an aggrieved teenager angry with the family. He tracked the ID to the same cafe wherein the threatening emails were sent to Director Kang. Everyone goes for catching the killer red-handed while Director Kang and Woo Joo engages him in talking. The dispatch team makes plans and enters the cafe. However, they could not catch the real killer, much to their surprise. Instead, they find a girl named Kwon Saet Byeol.

Voice 4 Episode 9 release date is July 16, 2021, at 22:50 KST on the tvN network. Thus, there are four days left for the release of episode 9. It will be coming on the upcoming Friday. This week also saw the release of episode 10 of the show. The show is also available to watch on Rakuten Viki with subtitles. 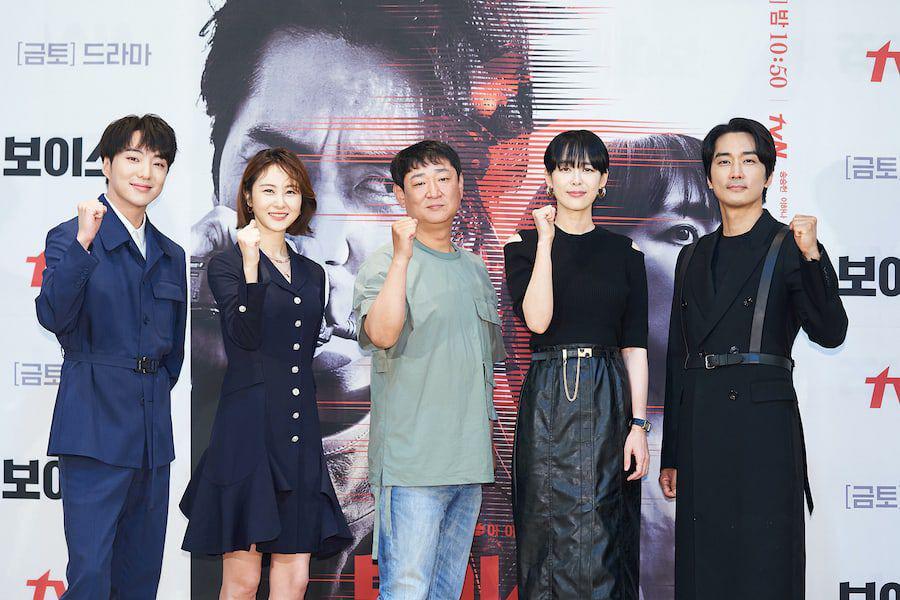 Also Read: What To Expect From The KSI Show?

Voice 4 Episode 9 has a short preview of thirty seconds. The upcoming episode is more interesting as the team does not have much time for saving Kwon Saet Byeol and Jang Hyo-Joon besides catching the real killer. Furthermore, the real face of the killer with his different personalities has been revealed. He is at the Sonang Village. Thus, the teams got a lead for the same. Now, it is up to them to catch the killer after identifying him. The preview for the next episode is intense as there are murders, and even the Circus Man got to Derek Joo. Furthermore, will something bad happen to Derek Joo?

In the preview, we see how the Circus Man is saying to Hyo-Joon that it is no sweet for him to destroy someone. Furthermore, he says Mr. Jang knew about the same thing well that the truth does not matter once everything goes viral. The preview also shows tension prevailing in the call center and police agency, with the live show going viral. He is blackmailing him for doing something or otherwise will reveal illegal photos of Saet Byeol.

The dispatch team reaches the motel. However, the Circus Man run away before anyone could catch him. Derek Joo runs after him. On the other hand, we see a woman performing some tortures on someone. Furthermore, she is torturing and saying she warned him that she would not let it slide if he ignores her again. Furthermore, her patience wore thin, and she said something about working hard. Derek Joo successfully comes to the place of the woman alone. He says that she thinks it is love. But, the same is a crime. Derek Lee also got hit by something and became unconscious. On the other hand, Director Kang hears everything as she is on the line and calls him continuously. The woman is seeing laughing.