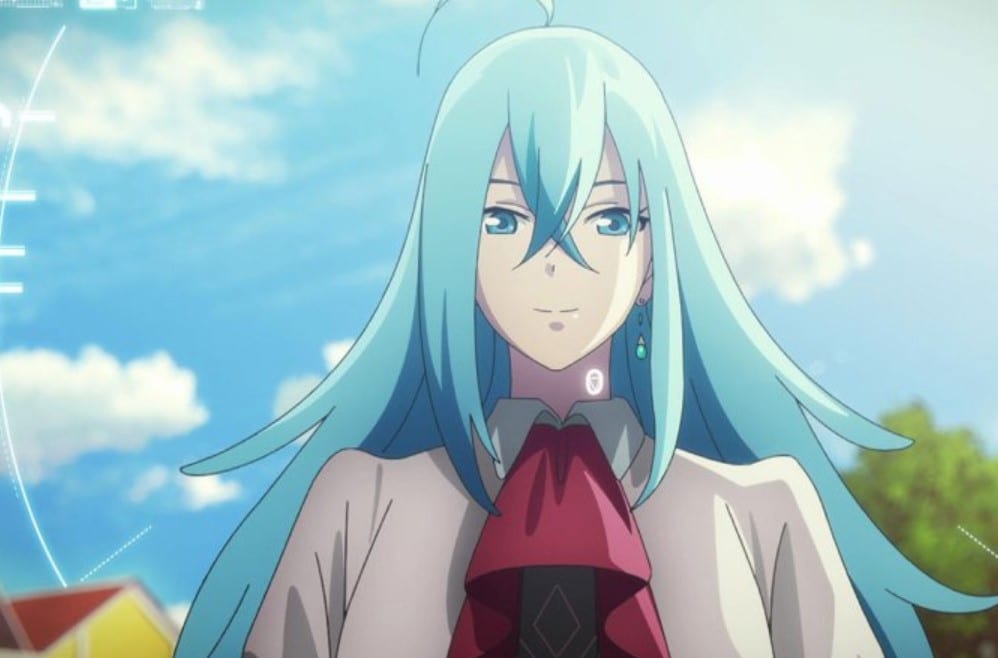 The episode is titled “Harmony of One’s Heart – My Mission, Your Future.” Matsumoto reveals the truth about Diva’s past when they use to call her Vivy. Diva and Matsumoto reunite after clearing the misunderstandings. The next day, Matsumoto remembers that he has a particular assignment and he must stop Ophelia from committing suicide. He realizes that his mission has to be a success, or Ophelia’s death could change the history of AIs.

Diva and Matsumoto head out to meet with Ophelia. During their meeting, Ophelias explains the truth about her former AI manager named Antonio. She reveals that due to some strange incidents, Antonio shuts down in the past. After hearing Ophelia’s story, Diva and Matsumoto went home. They both watch a new show of Ophelia while talking about their history. Diva suggests that they must meet with Ophelia for the second time.

On their way, they met with an unknown suspicious man who blocked their path and pushed them to the ground. The man manages to escape, and Matsumoto discovers that the CCTV room camera got hacked. The hackers must be replaying the last show of Ophelia. Matsumoto realizes that Ophelia might be in danger, and he went out to save Ophelia from committing suicide. When Matsumoto arrives at Ophelia’s location, he finds Ophelia grieving over her former manager.

Matsumoto is surprised when Ophelia started to laugh. Ophelia reveals that the real Ophelia is dead, and she is her former manager Antonia. Matsumoto realizes that he was talking with fake Ophelia. Antonio shows that he possessed Ophelia’s body. Meanwhile, Diva regains her consciousness in an unknown building. She is surprised to find herself tied to a chair. Diva realizes that she is under custody, and when she looks up, she saw a man she knows as Yugo at his young age. 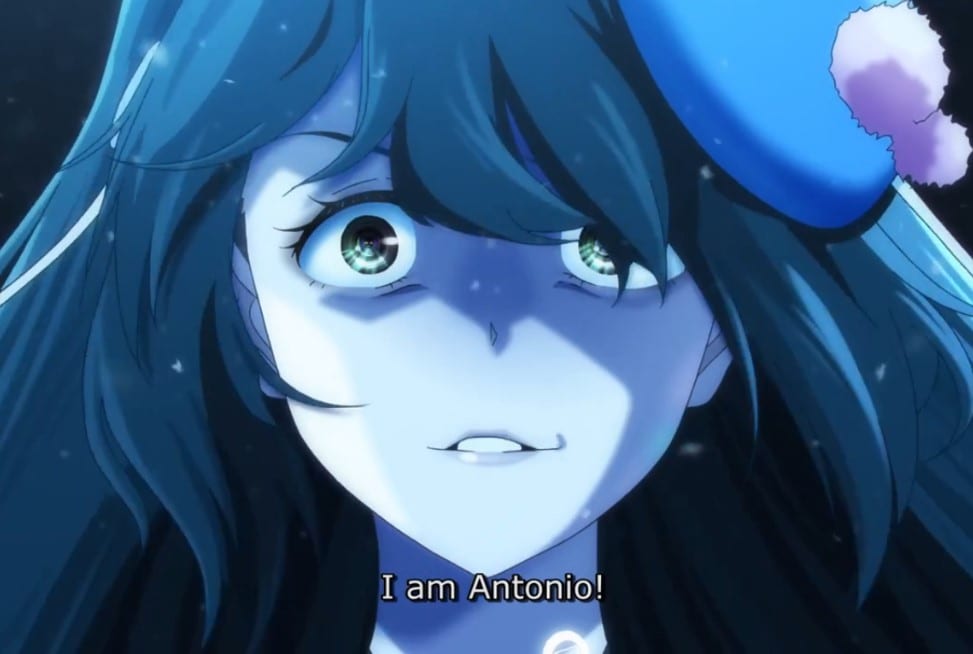 Yugo started to talk with Diva, and he reveals that he is a clone of an AI of himself. He admits that he got created to question Diva about her programs. He also talked about his hatred for AIs stems from his AI pianist teacher, who left his programming and decided to save people involved in a car accident before facing death. Antonio and Matsumoto begin to fight. He attacks Matsumoto and uses his programming skills to hack Matsumoto.

Antonia teases Matsumoto and comments that Matsumoto only existing for his programming. Matsumoto managed to get out of Antoin’s trap and accepted that he lives for programing since he cares for Vivy and ends up hacking Antonio. Antonio losses control over Ophelia after Matsumoto breaks the control, but they end up damaging themselves. Meanwhile, Diva uploads a virus that restores her memories as Vivy and loses her form as Diva. After the virus is completely uploaded, Matsumoto arrives at the building to rescue Vivy.

Matsumoto clashed with Yugo and smashed Yugo. After the battle, Yugo got destroyed, and Matsumoto notices that Yugo’s technology is from the future. Matsumoto asks Yugo about his future technology. Yugo reveals he got the future technology from an anonymous source before dying. Yugo told Diva to think that many humans got killed because of her. Diva realizes that she has less time due to Yugo’s virus. Diva decided to spend her final moments performing before shutting down for good. Later, Vivy wakes up at her place.