Visual Prison Anime: All You Need To Know 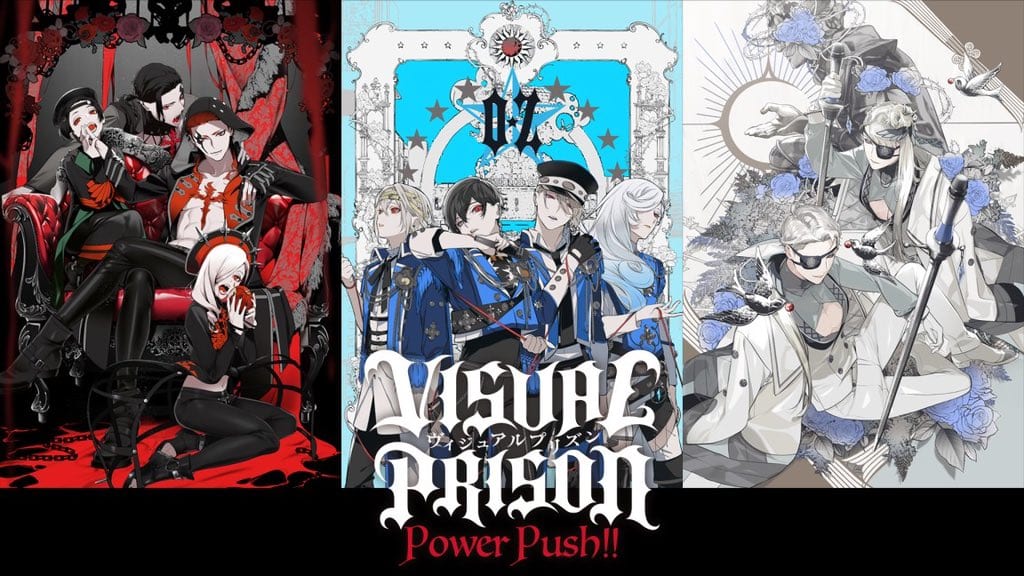 Getting invested in anime with a twisted plot is a completely satisfying bit of a treat. While most anime is based on a manga or novel, original anime series too sometimes win our hearts. One such upcoming anime is A1 Pictures’ original, Visual Prison. As intriguing as the name, the same goes for the plot of this anime. Visual Prison is a musical, supernatural, and vampire genre anime. Although we only know the basics of the plot, it feels like the anime will surround us with ikemen characters that will grab on to our hearts. Recently, the Visual Prison release date and other details were announced. With the tags of Aniplex and A1 Pictures, many people are looking forward to this anime. The variety of genres entangled give a curious touch to it.

After the likes of musical series involving idols like Tsukipro and Zombieland, Visual Prison might get a lot of attention. The character designs introduced so far are beautiful. A1 Pictures is definitely aiming for an anime with heart-throbbing handsome leads. However, the handsome characters do not seem like all that is there to it. The storyline has a good feeling to it too. To simply put, the anime could be something I would like to invest my time in. Given that it is a musical genre anime, we also expect the anime to produce some good songs.

Here are all the details about the Visual Prison release date and other details. This includes the staff, cast, visuals, trailers, and of course, plot summary.

Music connects feelings and becomes a bond. It connects people and overcomes many barriers, conveying feelings to people. This power may change even the non-human vampires.

Vampires are beings with high intelligence, good looks, and eternal life. Living in the dark, they love music, want to sing, and create a variety of things. Humans have been enthusiastic about their music, not knowing that many artists are not human beings. One of them was the style called “Visual Kei”.

In modern times, Vampires gather in Harajuku, Tokyo, Japan under the Red Moon. It indicates the location of the annual vampire feast, Visual Prison. The abilities of the vampires are increased under the Red Moon. They also develop a barrier called Prison. It creates a stage and captivates the audience with their performances. Every year on the day of the feast in October, the one who dedicates the most beautiful song to the Red Moon is endowed with great power. Thus they sing to make their dreams come true and create a miracle song that echoes in Harajuku.

Ange Yuki is a boy who is unfamiliar with the presence of vampires or anything about them. Deep inside, he is lonely. He leaves his hometown to visit Harajuku to watch his favorite artist. However, he encounters a live battle between the visual kei units “ECLIPSE” and “LOS † EDEN”. He is overwhelmed by the performance and the energy they emit. Suddenly, Ange feels severe pain.

Also Read: Rurouni Kenshin: The Final Live-Action Worldwide Release: When is it Happening?

The anime was announced at AnimeJapan during an Aniplex panel in  2021. Shortly after the announcement, a promotional trailer was dropped revealing the voice cast. However, as per the most recent announcement, on 12 June 2021, Visual Prison will premiere in October 2021.

A fixed date has not been announced but it has been confirmed for a fall release.

The official channel of Aniplex dropped the first visual trailer/PV of Visual Prison on 27 March 2021.

The trailer gives us a good look at the characters and names their respective voice casts.

Visual Prison is created by Noriyasu Agematsu. Takeshi Furuta alongside Tomoya Tanaka directs the anime. Yuki Sugawara writes the screenplay. The music of the anime is composed and done by Elements Garden. It will be distributed by Aniplex and animated by A1 Pictures.

The main casts of Visual Prison have been revealed.

You can visit their official website or check into our website in the future for more details about Visual Prison.

Arkane Studios’ Redfall Teases Re-Introduction To The Vampire In A Modern Form!