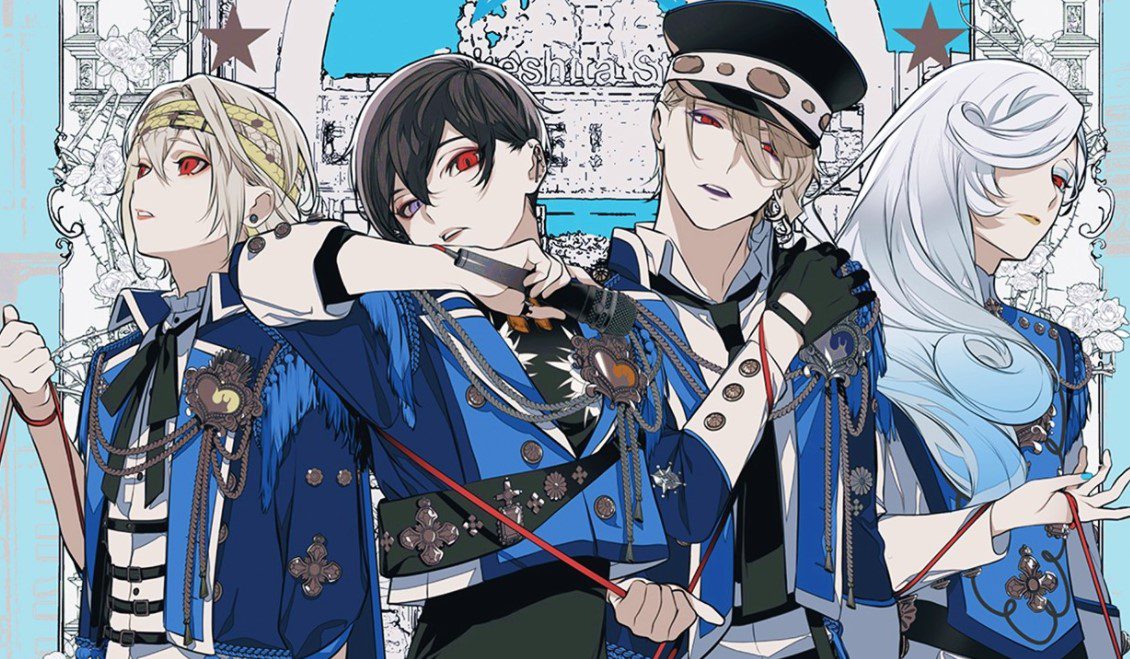 After releasing a teaser last month, Visual Prison Anime released the first PV for the upcoming anime adaptation. The anime is premiering in October 2021. Visuals Prison has made two PV so far the include the announcement and character Pv. Visual Prison Anime project got announced in Aniplex’s panel at AnimeJapan 2021. Noriyashu created the series and A-1 Pictures. The music of Visual Prison is composed by Elements Garden, while Ikumi Katagiri works with the original character designs.

Tomoya Tanaka is the director of the series, with Takeshi Furuta working as chief director. Yukie Sugawara wrote series scripts, and the characters got designed by Minako Shiba. The anime will premiere in October 2021. The actual day and date are not yet confirmed, but the official platforms will make an official announcement soon. The anime will be available on various streaming platforms and official website and Twitter account. Visual Prison, known in Japanese as Hepburn: Vijuaru Purizun, is an original Japanese anime television.

The characters of the Visual Prison fall under the Oz and Eclipse that includes Dmitri Romanee and Hyde Jayer. The Oz includes
Ange Yuki, Guiltia Brion, Eve Louise, Robin Laffite, Lost Eden, Saga Latour, Mist Flaive, Veuve Elizabeth and Jack Mouton. The number of episodes and the running time is not yet confirmed since the anime will reveal another announcement and updates. This anime is action-packed anime filled with supernatural and vampire action. Other streaming platforms like Crunchyroll have made the announcement and confirmed the premiering of  Visual Prison.

Ange Yuki is a boy who tried to fit in around his environment, but things couldn’t work for him. Yuki has no one to call a family and decided to leave his hometown. The young boy longs to see the artist he admires performing. The artist is performing somewhere, and Yuki sets off on a journey to Harajuku.  He finds that visual kei units ECLIPSE and LOS † EDEN are on a live battle. Yuki got overwhelmed by the performance, and intense pain suddenly strikes him.

Yuki has loved music ever since his childhood, and that is the reason that made him leave his hometown. Gil is the guy that Yuki admires after hearing his first song from the first Eclipse. Yuki is strong and clumsy but also a hero and sometimes goes into people’s pockets unknowingly. Gil is a legendary band member of ECLIPSE, the first generation, and played an important role.

Voice oF an Angel

Gil’s skill brings new life into music, and after a huge success, Gil retires and enjoys his retirement. During his prime time, Gil used to say things that leave people and the fan stunned. He likes to drink coffee, and it became a habit when he starts to drink it at any time. Sometimes he is unaware that people misunderstood him. Eve Louise is Gil’s housemate, and the two get along. Eve is the guy that knows Gil and understands him better than anyone.

They two enjoyed hanging together all the time and became best friends. Eve is gentle, discreet, and has a gentle personality. Robin Laffite is a vocalist and known as the singing voice of an angel in his childhood. Robin is thriving and active in the classical music world. He is free-spirited genius skin. Saga Latour, Mist Flaive, Veuve Elizabeth,  and Shogo Yano works under LOS†EDEN.  The vampires assemble once a year, showing remarkable performance to determine which musical band is the best.

The exciting musical vampire story has begun while Yuki vows to meet his idol. The rivals between vampires in three-band music have begun as they compete for the first spot. Will Yuki meet his hero? The story of the vampires is far from over. Let’s meet next time with more updates about the vampire anime and the upcoming anime like this. Let’s take a look at the anime releases date and other details below.

According to the official sources, Visual Prison will be on screens airing the first episode in October 2021. The anime’s first episode will be in Japanese and English; Comic Natalie has also confirmed Visual Prison airing in October. Visual Prison got scheduled for Fall 2021 Anime. Aniplex revealed that the anime project is an original Tv. The series follows the story of the vampire bands who love music to entertain the fans. That was all about the release date and latest updates of the upcoming Visual Prison Anime.