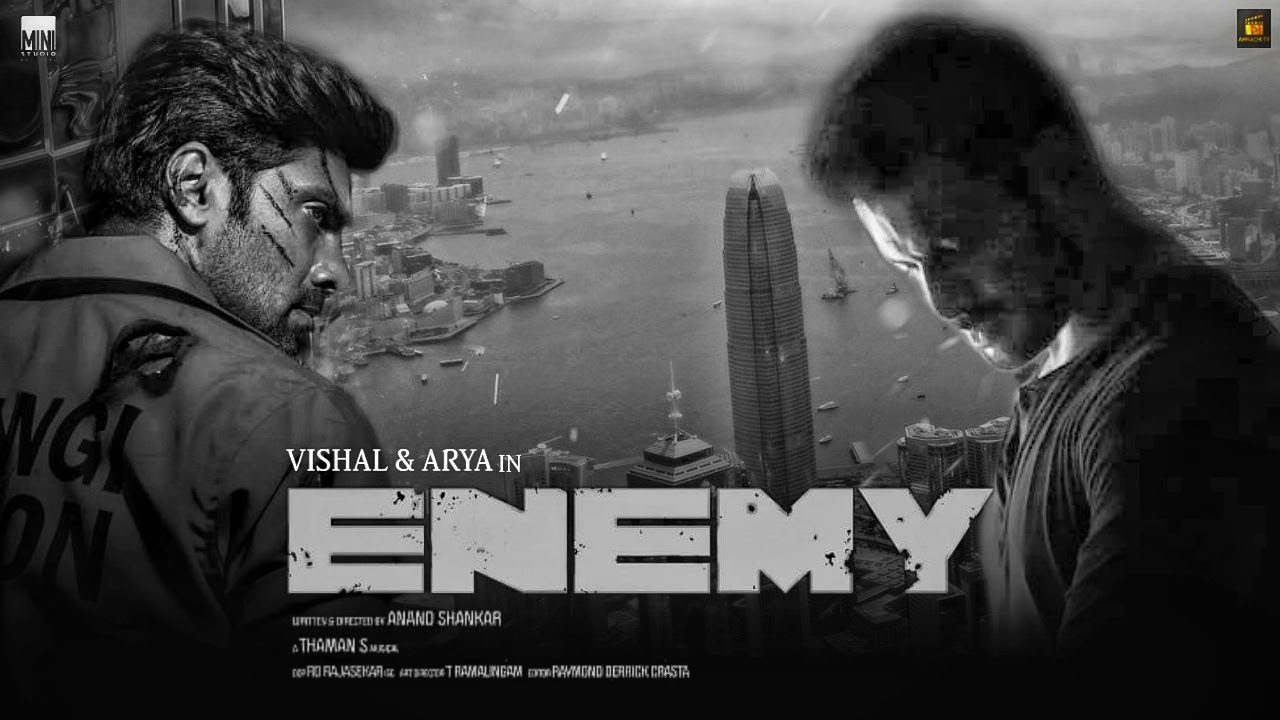 The most awaited Vishal’s movie Enemy is ready to announce the release date of the movie. Fans have been excited about the movie since the South Indian actor started posting about the movie on his Instagram stories. And finally on 24rd July 2021. The teaser of the movie was out. The teaser of Enemy set different standards for Bollywood and Tollywood industries. The movies seemed to be based on a game, and it seemed so fascinating. We can officially call the movie the Indian version of mission impossible and Vaishal as Indian Tom Cruise. The soundtrack of the teaser is absolutely amazing. Initially, it felt like the teaser will tell us the storyline, but it leaves us even more confused.

The movie features the two most legendary actors of the Tollywood industry, Aarya and Vishal. And watching two of them together is like watching Batman Vs Superman. Fans have been crazy about the duo ever since they appeared in the movie Chakra, and they worked have worked together for Balaji films as well.

Tollywood fans are counting the days when the movie will release. On 24th July 2021, Aarya shared the teaser with the world and wrote that he enjoyed fighting with Vishal.

The teaser featured that Aarya is a prisoner, and in the teaser, he is facing the skyline line of a city. He is wearing an orange jumpsuit which depicts that he is a prisoner. And Vishal seems to be a cop who is chasing Aarya. The movie is shot in some foreign country, which makes the movie a high budget movie. The teaser consists of only one dialogue and a very heavy background score. From the teaser, we can guess that Aarya becomes a criminal because of a girl.

And there is a possibility to see a love triangle. Aarya and Vishal have an enormous number of fighting sequences. Vishal has also been seen chasing Aarya on a sports bike. The sequence is expected to be the most happening sequence in the movie. Everyone thought the movie was about a cop chasing a criminal during the entire teaser but towards the end of the teaser.

Aarya says a dialogue that changes everything. He says, “You know who is your worst enemy?” and he adds to the statement that your worst Enemy is your friend who knows everything. The end sequence of the teaser left everyone guessing what will happen in the movie.

What To Expect from The Movie Enemy?

The movie is going to be the best action-thriller movie ever released in the industry. The plot twist in the movie is going to blow your mind. It is possible that Aarya and Vishal might be friends before Aarya falls into bad practices and company. Or the other possibility is Aarya befriended Vishal just to seek advantage of him. As he is a criminal, he must be needing some information or access to some particular kind of device that only Vishal can grant him.

And if we take the Mission Impossible pun seriously, then there is a possibility that Aarya is an undercover agent who still works for a noble cause. But to fool the bad guys, he fights, steals, murders people and even sneaks out of jail. We never know what is coming our way when we watch a Tollywood action movie. Director Adnan Shankar is also the writer of the movie.

Aarya and Vishal have worked together before and are considered to be good friends. The actor’s efficiency automatically increases when they are good friends, and in this case, Aarya and Vishal are like brothers. And people still say why we are so excited about the movie.

Who is Race Imboden Girlfriend, Is He Married Yet?