The Fashion Designer Left Behind A Long And Rich Fashion Legacy. 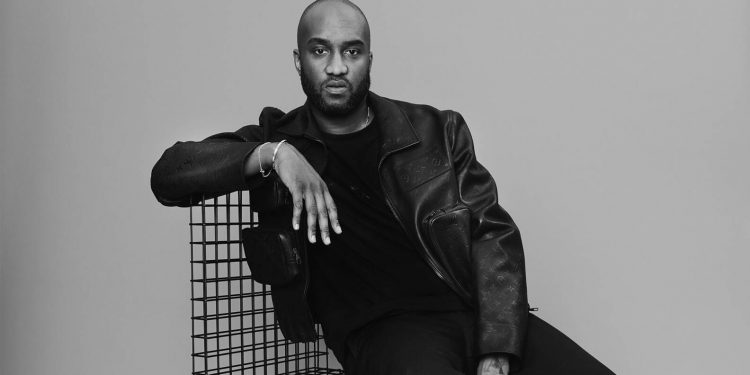 American fashion designer Virgil Abloh rose to prominence as the artistic director of Louis Vuitton’s menswear collection from 2018 onwards. Virgil Abloh has an impressive net worth that he left behind. The entire world of fashion is for a huge loss as the creative genius has passed away, leaving behind avoid for all his loved ones. The designer has worked with supermodels including Kendall Jenner, Gigi Hadid and also designed Hailey Bieber’s iconic wedding dress. Did you know that the designer received a Grammy Award nomination for his work on Kanye West and Jay-Z’s smash hit 2011 album Watch the Throne?

Apart from working for a big fashion label like that of Louis Vuitton, he also had his label called Off-White. It is a Milan-based label that Abloh founded back in 2012. Time magazine named him one of the most influential people in the world back in 2018. Believe it or not but Virgil Abloh is the first African-American to be artistic director at a French luxury fashion house to have gained this position in Time’s magazine. His works have often been compared with that of Andy Warhol to Jeff Koons. Let us read more details about Virgil Abloh’s work and net worth.

Virgil Abloh’s net worth is estimated to be $100 million. Virgil Abloh grabbed his first big breakthrough as he got to intern for one of the most luxurious fashion labels, Fendi back in 2009. He has also worked alongside rap star Kanye West as the two joined forces for artistic collaboration. This collaboration later launched Abloh’s career into founding Off-White.

The Wall Street Journal has claimed that Virgil Abloh reached a level of global fame that was rather unusual for a designer. The designer regarded legendary pop star Michael Jackson as his muse and even based his FW 2019 collection on him. The designer had earlier opened up about his plans to expand more opportunities for diverse individuals and foster greater equity and inclusion in the industry.

Also Read: How Did Jean Michel Basquiat Passed Away? The Artist’s Career & Legacy

The popular fashion designer who has worked under the likes of Fendi and Louis Vuitton has passed away. He was 41 years old. Abloh was diagnosed with rare cancer and was struggling with a two-year battle with cardiac angiosarcoma.  The chairman of LVMH Moët Hennessy Louis Vuitton, Bernard Arnault, remembered the late designer and issued a heartfelt statement. Louis Vuitton and Off White have issued a statement regarding the devastating news while expressing condolences to Abloh’s family.

LVMH, Louis Vuitton and Off White are devastated to announce the passing of Virgil Abloh, on Sunday, November 28th, of cancer, which he had been battling privately for several years. pic.twitter.com/CytwZLvSFu

Bernard Arnault described Abloh as not only a genius designer, a visionary but as someone who was also a man with a beautiful soul and great wisdom. The creative genius work was given a jew position lately that would allow him to work across the group’s 75 brands. This made Abloh one of the most powerful Black executives in the most powerful luxury group in the world. The late creative genius had big plans to expand his career into fostering inclusion but was gone too soon.

Supermodel Gigi Hadid Pays Her Tribute To The Late Designer

The entire world of fashion mourns the great loss as Virgil Abloh leaves us all behind. The trailblazing creative genius has passed away after putting up a brave fight with cancer, and several celebs have paid their due respect to him. A good friend and supermodel, Gigi Hadid remembered Virgil Abloh as she posted a post stating that he will continue to inspire her every day, as she feels blessed and honored by every moment.

Supermodel Kendall Jenner also mourned the loss as she stated that she had the privilege of knowing Virgil and described her as the kindest, most positive, humble, joyful, and full of light person she has ever known. The model further recalled how the late designer had the most wonderful way of making them all feel so special. Hayley Bieber also remembered the creative genius as someone who always brought life, charisma, love, and fun to any situation. Virgil Abloh designed Hailey’s wedding dress that grabbed huge attention worldwide.