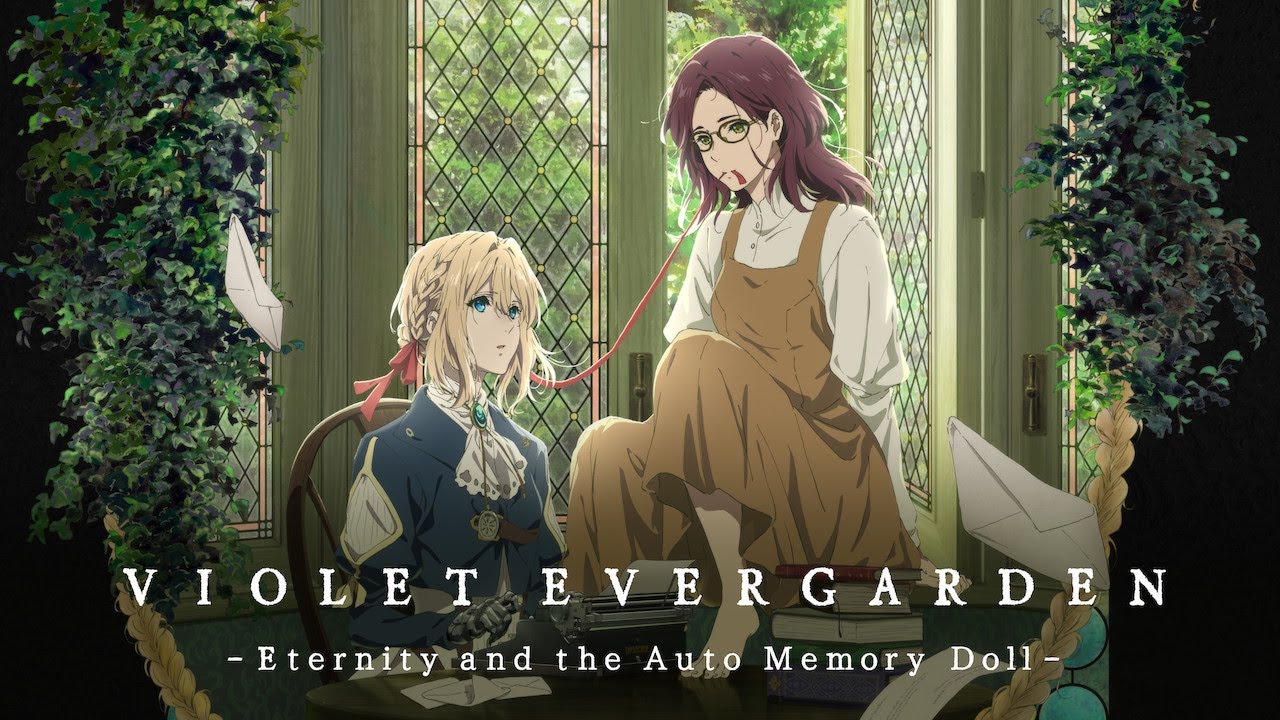 Violet Evergarden started, like many others, as a light novel series. Written by Kana Akatsuki and illustrated by Akiko Takase. The light novel series itself successfully won awards in three categories (novel, scenario, and manga) in the fifth Kyoto Animation Awards. It was adapted into an anime mini-series by Kyoto itself. After several special screenings in 2017, it was finally released for the wider world in 2018.

Soon after its release, Violet Evergarden was recognized for its cut-close storytelling and breathtaking animation. It was then awarded the Best Animation award in the 2019 Crunchyroll Anime Awards. Clearly, the anime is beautiful and deserves all the applause and accolades it has gotten. It has 13 episodes and is perfect for a binge. It won’t be like any other binging experience as it would make you cry, smile, and then weep with tears in your eyes. The story touches the heart and often pierces through it.

In this article, we will be talking about the first movie instead. The first movie was named Violet Evergarden: Eternity and the Auto Memory Doll. It was also directed by the series director Haruka Fujita and produced by Kyoto Animation. The American license was acquired by Funimation, who also held a theatrical screening of the film when released in 2019. The film is a spin-off and hence follows sort of a different storyline from the original anime. However, it retains all the beautiful elements simultaneously without deviating much from the original characters.

So, without further ado, let’s dive into it.

Also Read: I Want To Eat Your Pancreas Movie Review 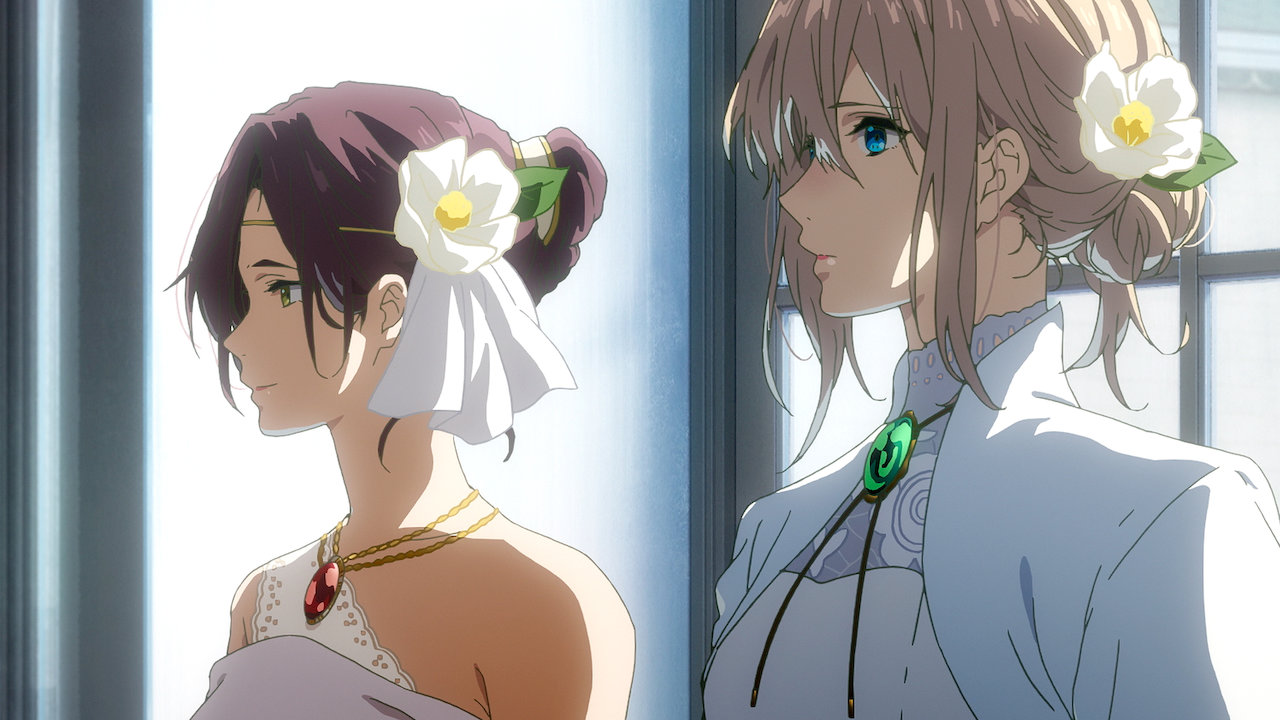 The plot of Violet Evergarden movie is all about separation and how those who love each other can find ways to remain connected nevertheless. Violet, who herself has lost Gilbert, the only person who ever valued her as a person. At the end of the anime, Gilbert is shown to be missing in action, and the status of his death is still under question. However, he is not shown in the movie at all, and Violet claims she won’t be able to see him again. She served in the army, and people only looked at her as a weapon because of her fighting abilities. Only Gilbert accepted her as a human, and his last words to her were ‘I love you,’ something she adores and protects more than anything.

In the film, we are told the story of Amy and Taylor Bartlett. Two sisters who live a rough life only to be separated for the better. Amy lives by herself, collecting what little money she can by holding dead-end jobs. She finds Taylor, one of the many abandoned kids shivering in the snow. She decides to adopt her as her younger sister and give her a happy life—a life where she can make her own choices.

However, life isn’t kind to them as Amy fails to make ends meet, and they live in dilapidated conditions. At a time like this, an old man appears from a royal clan and reveals that Amy has their blood in her veins, making her a noble. He offers to help Taylor out if Amy drops her identity and lives as the nobles, please.

Seeing no other choice to help Taylor’s life, Amy accepts the condition and gets separated from Taylor for good. Years later, we see Violet approach Amy, now living as Isabella York. Isabella is confined to an academy where noblewomen live to learn etiquettes and basically wait to become brides of royal households.

Though initially, she is distrustful of Violet, Isabella soon starts trusting her, and they become friends. Violet’s job is to train Isabella to become a proper noble lady fit for the customs of the royals at the time. As she teaches her, they become closer. Isabella reveals her past and tells her all about Taylor. They send Taylor two letters, one who asks her to see Violet whenever she faced trouble. A few years after this, we see an older Taylor finally leave the orphanage and approach Violet to become a deliveryman and find her sister Amy,

The story is amazing and is told in a very engaging way. There are some flashbacks that only make our interest deeper and give a greater meaning to the plight of the characters. Apart from the general pain that comes from separation, the story also delves into lighter moments where the most tragic characters find happiness and hope in all the trauma. Truly, it is a story that can make you teary-eyed and hopeful at the same time. All in all, we’d say the film is worth a watch based solely on the great story. The concept is unique and, at the same time, very, very familiar and comfortable. A perfect watch if you have had a horrible day at work or home. 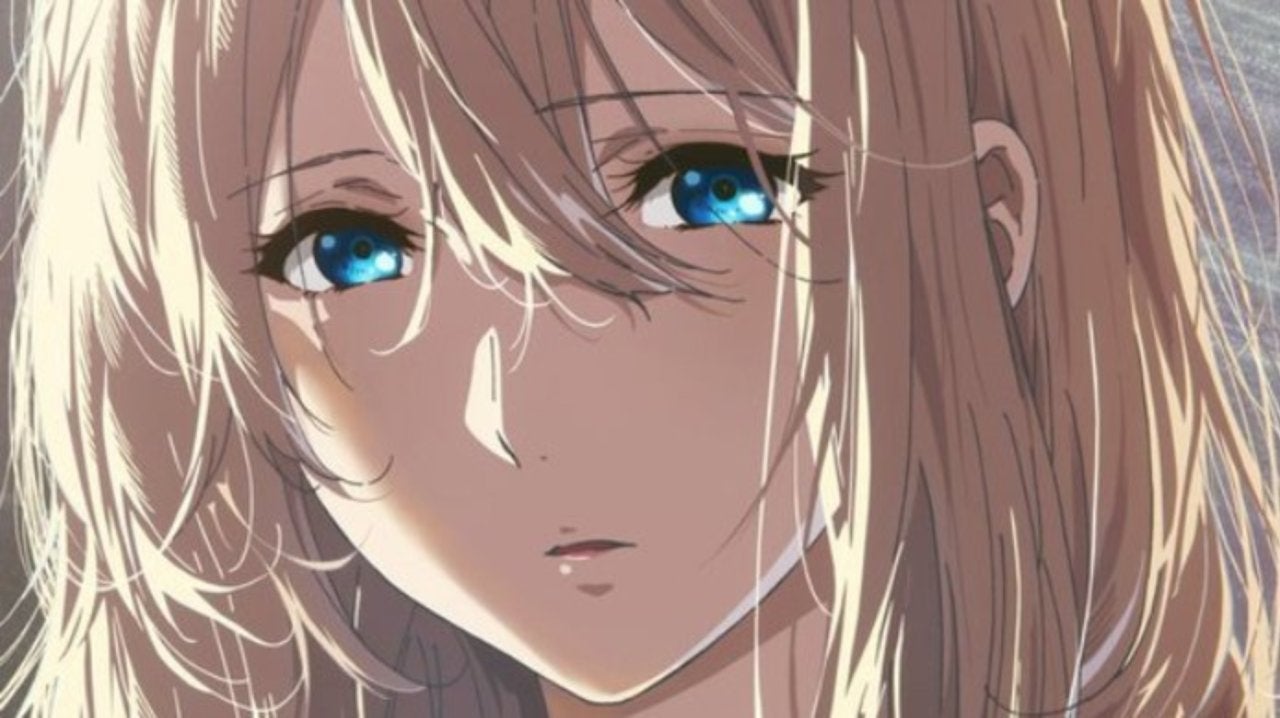 Violet is kind, considerate, and, all in all, just perfect. Isabella points out how Violet is just perfect in every way possible. She is soft-spoken, humble, and knows every manner usually expected from a noble. It is humbling and beautiful to see a tragic past character be so down to Earth. She has literally been in a war where she had to kill many. And yet, she is nothing close to a monster her fellow soldiers expected her to be. Violet changes things in this film. She may be the titular character, but she still cannot be seen as the main character. The main characters are Amy and Taylor. Violet is just a catalyst to how Amy and Taylor find their ways to each other. She helps them both and brings joy to them with the kindest and tiniest humane things she can do. Even with prosthetic arms, Violet is more human than anyone else around. A beautiful character by all means.

Amy, or Isabella, a troubled character who finds her redemption through patience and sacrifice. Amy perseveres. She is someone who can really make tough choices. She makes a choice to part ways with Taylor even though she knew she couldn’t take it easy. She suffers, alone and among peers who don’t understand her one bit. She leaves behind her real identity to adopt a name and a place completely alien to her. Her anger towards society and Violet, in the beginning, isn’t ill-founded. It is quite understandable for such a character to be frustrated. But she warms up to Violet as soon as she realizes that she, too, had been through a lot. Overall, Amy is a great and realistic character who shows good growth throughout the film. 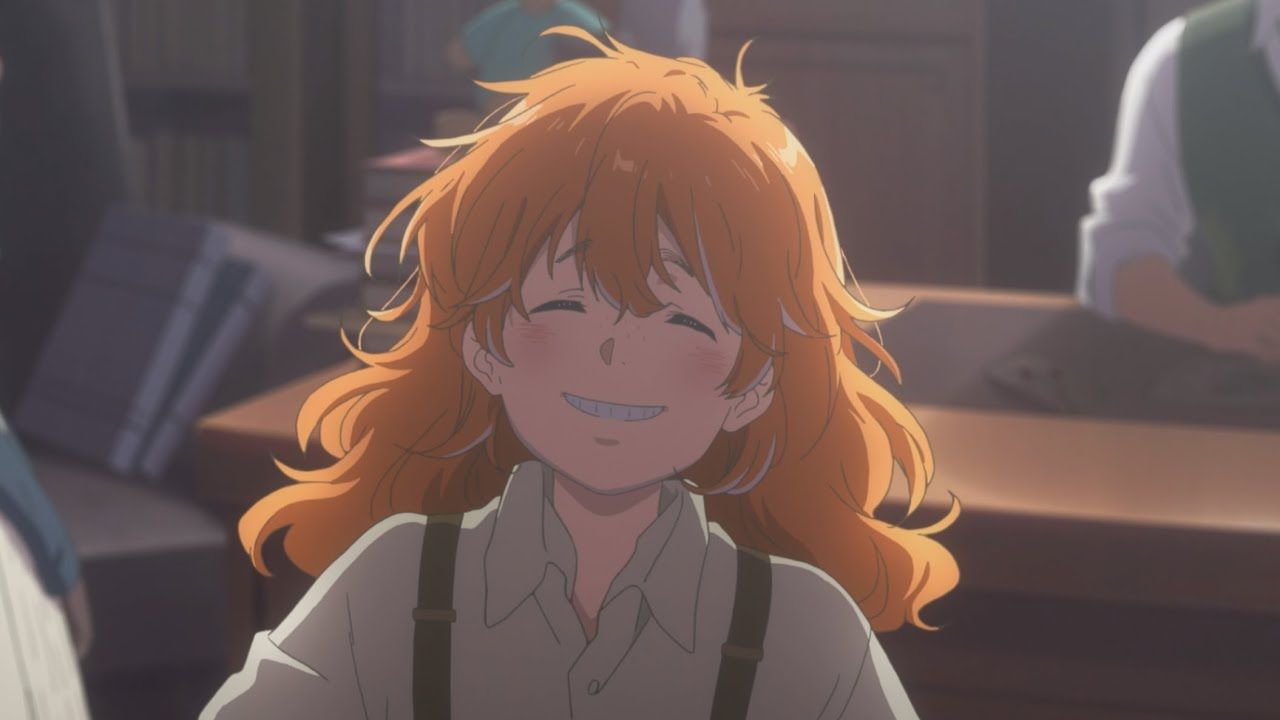 Finally, the third important character from the film, Taylor, grows from a dependent child to a girl who has the strength to get what she wants. Taylor was someone who survived the cold of the world alone, quite literally. All before, Amy saved her. However, after parting ways, she was handed off to an orphanage. We are not shown much of her time there. However, after receiving letters from her and Violet, she makes it her dream to become a deliveryman as they are the ones who brought her happiness. She escapes from the orphanage after a few years and hunts down Violet. Afterward, we see her working to become a deliveryman. She learns how to read and, with the help of Violet, writes a letter to Amy. The movie ends with Isabella or Amy tearing up after receiving the letter as Taylor cries and smiles from a distance. This is another amazing character who can easily symbolize strength and hope in the movie. She has a lot of room for growth, and even though we won’t see her grow any older, the fact that she’s happy and strong is enough to bring comfort to our hearts.

Violet Evergarden series never lagged behind when it came to animation. Just like the anime, the movie too has mind-blowing animation. The lighting schemes, the beautifully designed cities, and the bright colors all keep one engaged throughout. The colors are bright even in dull moments, giving them a glimmer of life and hope. The character designs make them pleasant to look at without compromising our ability to relate to them. The story and characters alone are enough to carry this movie. However, the animation quality is only a cherry on the top.

Violet Evergarden is definitely a movie worth watching. It is beautifully animated with amazing characters and just plain beautiful storytelling. It’s engaging and manages to captivate the mind of the watcher in no time. It might feel too simple in the beginning, but with every frame that passes, one becomes more and more attached to the story as a whole. It’s a movie one cannot quit midway.