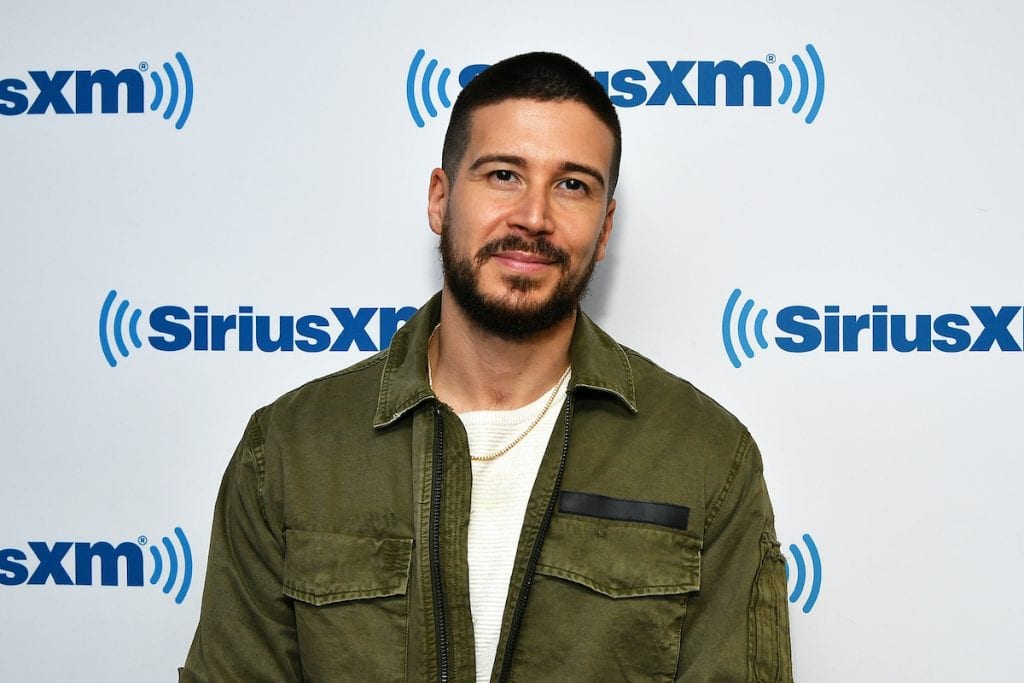 Anyone who keeps themselves updated with American reality television shows, there is a high chance that you’re familiar with Vinny Guadagnino. To those who don’t know him, he is the famous co-host of the well-known reality show Jersey Shore, where eight people are brought and asked to stay together at a vacation home: in Seaside Heights, New Jersey, and it aired on December 3, 2009, on MTV.  The curiosity about knowing the net worth of celebrities is a normal thing, and Vinny is also one of them. So digging up about his career let us know about the show and its popularity.

The show received massive popularity because of its ample dramatic climax and fights, and controversies, which was new for the audience and it became one of the most notable shows of the time and got renewed for six seasons till 2012. The show’s popularity also lubricated the popularity of the show stars, and they further got featured in multiple other reality shows. Vinny too appeared on other reality shows, which include “Double Shot at Love” along with Pauly D, his Jersey Show co-star, in a dating game show with 20 female contestants who try their best to catch the attention and affection of both Pauly and Vinny. 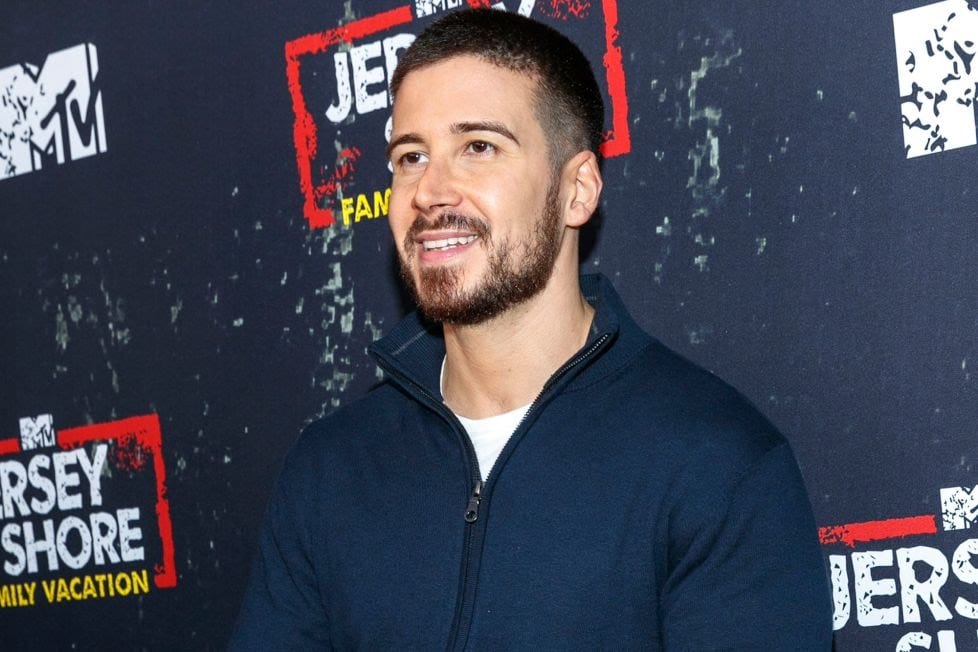 The “Double Shot at Love” star

His other appearances include Jersey Shore: Family Vacation, the second sequel of Jersey Shore, The Show with Vinny, Vinny’s talk show where celebrity guests make an appearance and they talk about entertainment and their personal life. Well, speaking about personal life, Vinny appeared in a few dating reality shows, and ended up dating many of his co-stars, and has a quite big list of his brief relationships or hookup timeline, and managed to catch the media’s attention every time. And, we will be knowing all of those in this article including how his career started, relationships, and the net worth of Vinny Guadagnino.

How Did Vinny Guadagnino Become Successful: His Journey

Vincent J. Guadagnino, his birth name popularly known as Vinny Guadagnino is of traditional Italian-American descent. He was born on November 11, 1987, and spend his childhood in New York City, U.S along with his two siblings, Antonella and Mariann. We first got to know about his family in the fourth season of Jersey Shore, where he visits his family farm, and his mother, Paola, and his uncle Nino make a special appearance.

You can say from the clip how much close he is with his family, though he currently does not post about his sisters, and prefers to keep their identity hidden for his own reasons, however, you can scroll down his feed and watch the adorable pictures he used to post earlier about them. He revealed on Jersey Shore that the first thing he wants to bring from his own money was a house where he would live with his entire family, he also continuously mentions that family is more important than anything for him. His love for his family is also one of the vital reasons his fans love him so much. 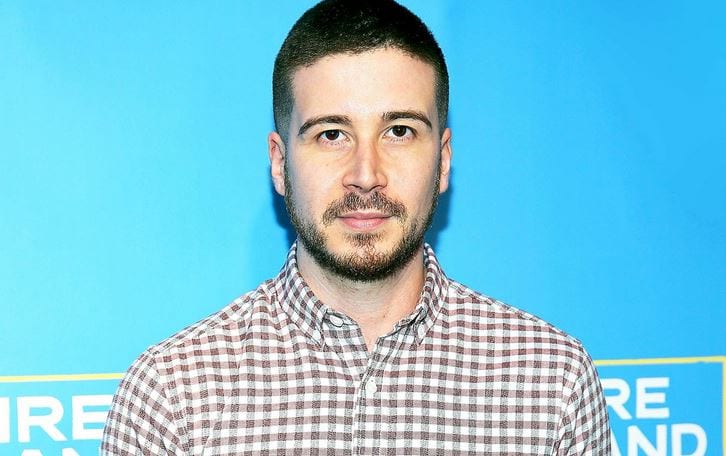 Vinny has made a big fanbase throughout the years

After graduating from Susan E. Wagner High School and the College of Staten Island, he decided to make his television debut, and he got through the show, Jersey Shore in 2009. He gained attention and criticism for his body, which made him insecure as he was the only guy in the show who didn’t have a muscular body. Well, it completely changed within few years as he recently broke his silence on his body type and told that due to his genes he gained weight easily and how much insecurity he faced. He uploaded a picture of his transformation and he was seen in absolutely toned abs and shared his diet, he completely cut off sugar and follows a keto diet. He looks very satisfied with his transformation and so do we! As he remarks he is healthier than ever. 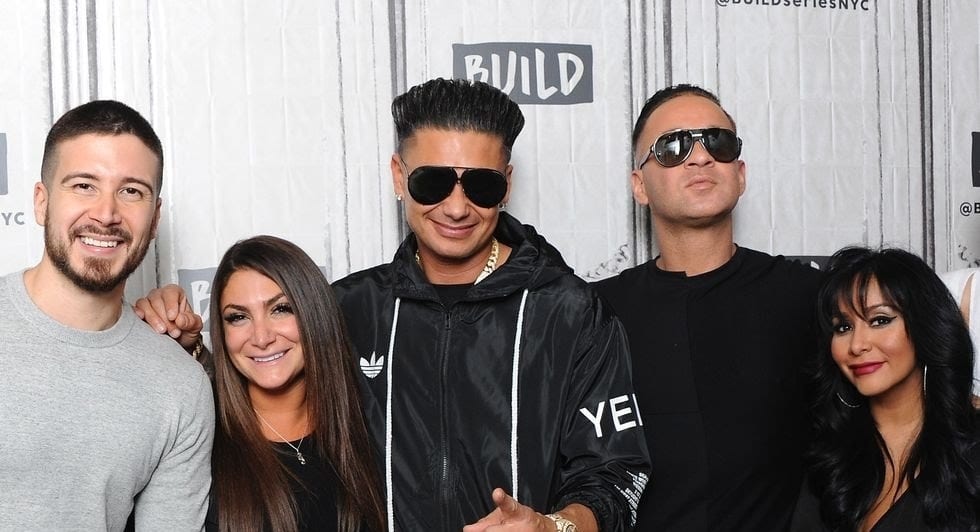 After he departed from Jersey Shore he attended acting classes and was seen on MTV’s comedy series The Hard Times, Syfy original movie Jersey Shore Shark Attack, Chippendales as a guest host and his recent appearance includes The Masked Singer in 2021. 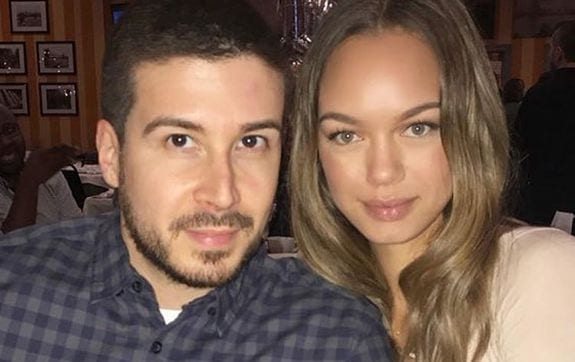 Vinny with his ex-girlfriend, Elicea

Vinny’s initial public relationship was with his Jersey Shore co-star Angelina Pivarnick, a model and television star. Though it didn’t seem like an actual relationship and more like a hookup, as it lasted for a very brief time. His second hookup was with Snooki, another co-star which caused much drama as she was a married woman. Vinny had a real relationship with a model, Romona Nitu however she dumped him on a date night. His next girlfriend was Melanie Iglesias, a known model and they lasted for two years. They even appeared on red carpets and events together and had numerous shippers. 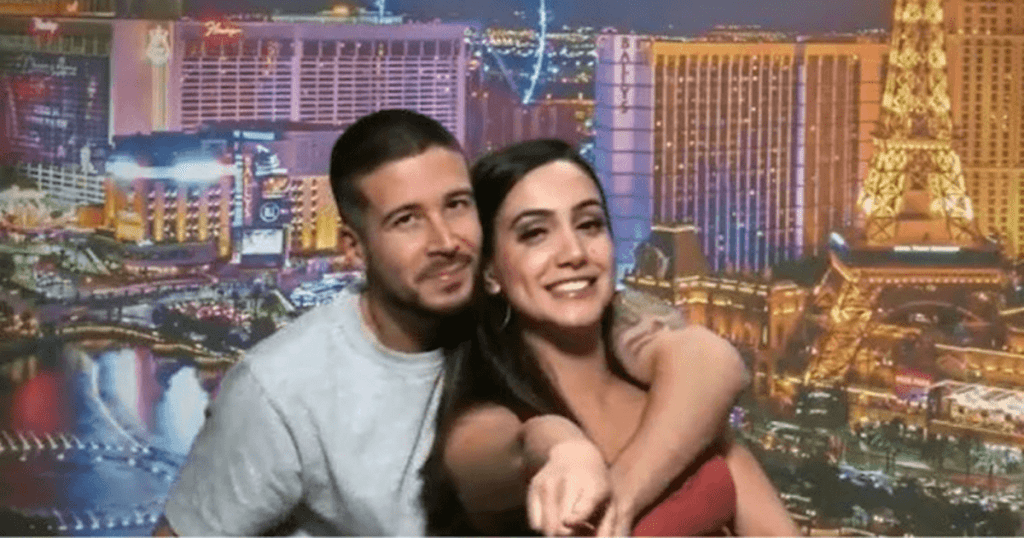 Vinny met Maria in the show, Double Shot At Love and the two had a brief relationship

His next relationship was with Elicea Shyann in 2017, however, Elicea broke up with him as he allegedly cheated on her few times. His other brief relationships are with Alysse Joyner, Maria Elizondo, and Francesca Farago. He is currently single and would be appearing on the third sequel of Double Shot At Love, to find his love. However, he was once rumored to be dating Pauly D, as their bromance earned several eyeballs and Vinny also jokes about him being gay, so to know the truth we have to wait longer. 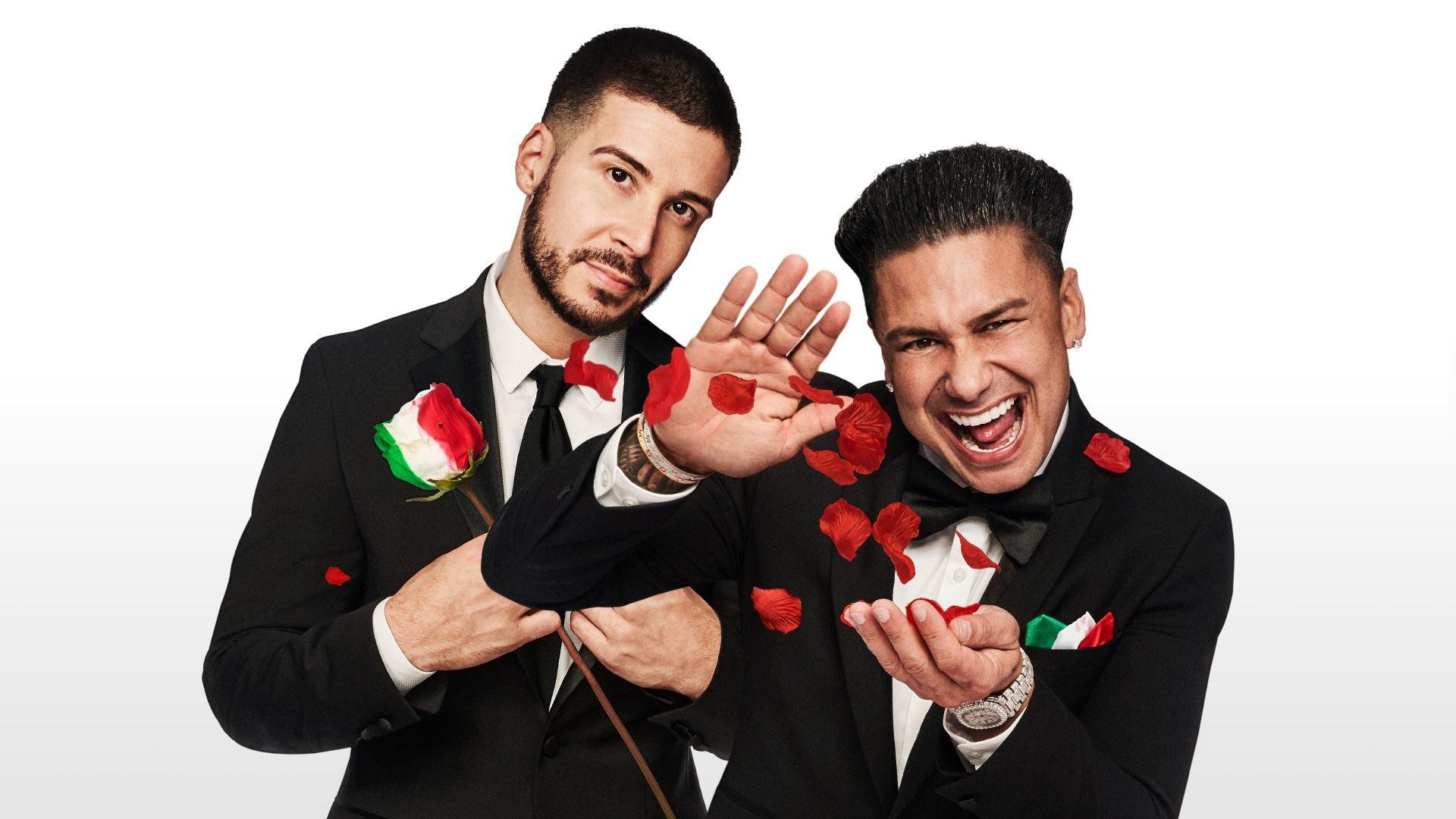 Vinny Guadagnino and Pauly D had an undeniable bromance

Vinny Guadagnino has gained popularity over the years and is one of the best reality television stars, which also indicates his payment for appearing on television shows. Vinny launched his own clothing brand protesting against bullies and writes books, which adds up to his net worth. He has a verified Instagram account with nearly 4 million followers where he is often spotted sharing his fitness tricks, and expectedly he also receives decent money from Instagram.

The net worth of Vinny Guadagnino is estimated to be $3 million. 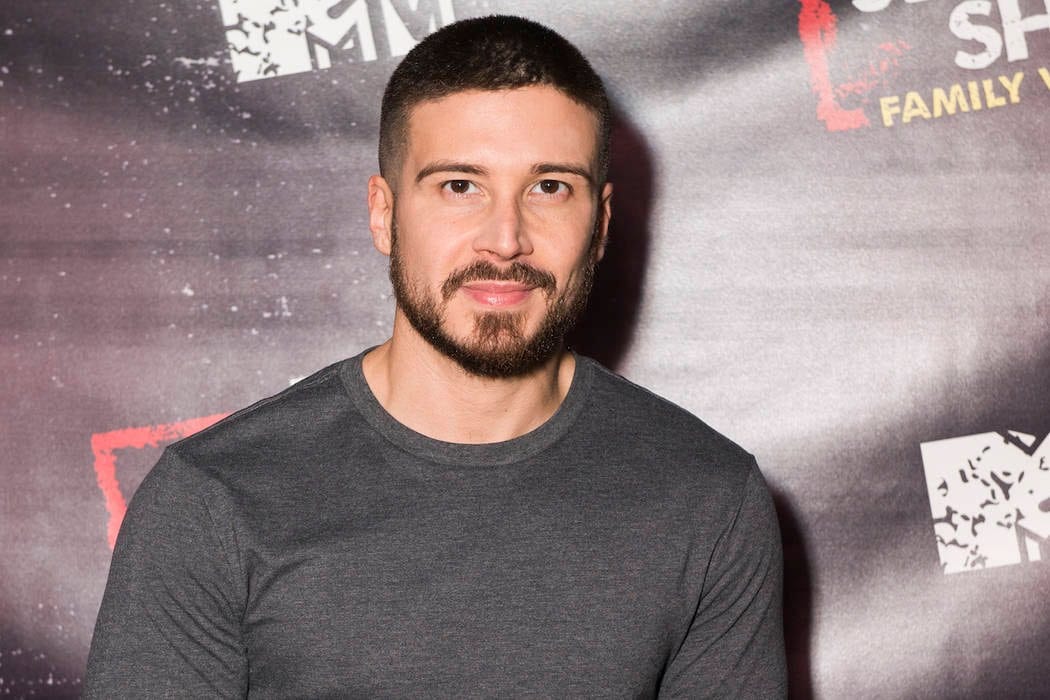 The popular reality television star launched his own clothing line

Also Read: Mike Krzyzewski Net Worth: How Rich Is The Basketball Coach?