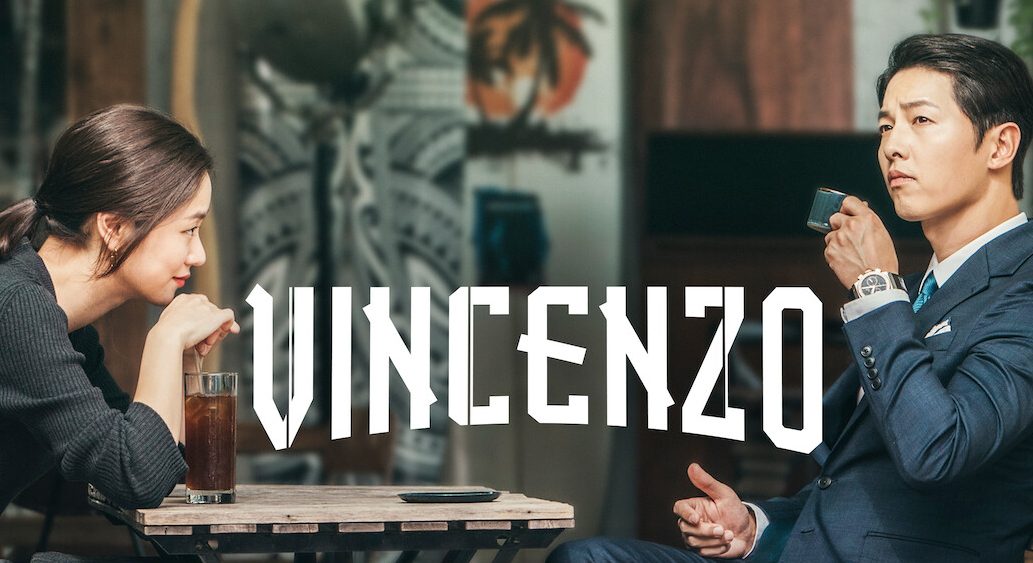 Be it in style, fashion, court, comments, or making grand entrances, Netflix’s original series, Vincenzo surely caught the attention of the public. It has become one of the highest-rated dramas ever since its launch in February. The finale of each episode of the drama always leaves the viewers in a thrill and on edge. Moreover, the plot also keeps getting intense and better with each episode. Song Joong Ki surely nailed the role as a mafia member and also at the same having a sweet baby face. No one actually knows how dangerous he is or could become or neither that he was the mafia’s member.

The casting of Song Joong Ki is also one of the reasons for the high anticipation of the drama. He is almost making his debut on the small screen almost after one and a half years. His last appearance was in the 2019’s Arthdal Chronicles. Now, he is back again in the Vincenzo with his eye-capturing looks and acting. Song Joong Ki as Vincenzo is also setting the goals for fashion and grand entrances. Let’s know all the details about episode 6 and what episode 7 has stored for everyone.

Vincenzo is a comedy romantic crime drama that is premiering on Netflix as its original series. It also airs on tvN original network in South Korea at the same time as premiering on Netflix. Interestingly, the series took over the previously occupied time slot of another hit series, Mr. Queen. Vincenzo got released on February 20, 2021, and will run until April 26, 2021. The series will have twenty episodes, unlike other Kdramas. Vincenzo is one of the original creations as it is not based on any webtoon, anime, novel, or any other source. The series airs on Saturday and Sunday of each week at 9 p.m.

In Episode 6, Vincenzo and Hong Cha Young came to a court in a high-branded car that turned everyone’s attention to them. The tenants of the Geumga-dong Apartment Complex also displayed a good act showing off the atrocities of the Babel Group. Gradually, everyone entered the courtroom. The interesting sight is the looks of the courtroom from wherein waters are leaking from everywhere. However, everyone has to do with the courtroom as all the other rooms are full.

The judge fell while entering the room that was a funny scene to look at. The court session starts with Myung Hee speaking for the Babel and giving the opening statement. But, the condition of Cha Young is not looking as she did not even contradict Myung Hee. She rose but struggles to speak or say anything. She asks permission from the judge for taking panic pills as she says that she is suffering from panic disorder these days. But, she fell and went unconscious.

The courtroom went into chaos for bringing an ambulance. Then, we came to know that Cha Young and Vincenzo made all sorts of plans for delaying the trial. But, the plan did not work as the judge pronounced that the case will move on after the break due to its gravity. Cha Young instantly rose upon hearing the same and goes to carry on the case. Suddenly, the electricity of the court went off. Cha Young says that it will impossible to record anything without electricity so they must postpone the date.

But, the judge insists on proceeding with the case. As a last resort, the plaza’s tenants let off some bees inside the courtroom. As a result, the whole courtroom went into chaos with everyone running here and there. Vincenzo and Cha Young successfully postponed the trial as a bee also stung the judge. Furthermore, Myung hee and Cha young also face each other off outside the courtroom. In the end, the lawyers of Woosang law firm are left with anger and surprise. They went to do a background check on Vincenzo but found nothing.

The latter part of the episode follows Vincenzo going to meet his mother at the prison. Vincenzo also found the wiretapping left off by Myung hee at Jipuragi Law firm. Jang Jun-Woo also gets revealed as the real chairman of the Babel Group in front of Han Seung-Hyeok and Choi Myung-Hee. In the episode, the witnesses against the Babel Group are charged with false cases. Episode six ended with Cha Young summoning a surprise witness which is none other than Vincenzo Cassano.

Vicenzo Episode 7 will get released on March 13, 2021, on the upcoming Saturday. Episode 7 will pick off how Vincenzo appears as the surprise witness. It will also feature how he actually became a surprise witness to the case. There will be lots of planning and plotting in the upcoming episode as Jang Jun-Woo gets very angry at Myung-Hee and Seung-Hook. He tells them to use their creativeness as Vincenzo is using. Moreover, Vincenzo also says that he will make everyone pay for their doings in the preview.

Read More: Be My Boyfriend: All You Need To Know