Korean Drama, Vincenzo never fails to amaze the viewers with its breathtaking storyline. One can never guess what will happen in the drama. No doubt, the show is also trending currently. Some Korean dramas are probable to assume as to the happenings of the next episode. However, Vincenzo is not among those. Furthermore, the makers are also doing a fine job of leaving the audience in interest with no previews. Song Joong Ki has given a stunning performance as the leading role in the drama. He can perfectly pull into his villainous face and also be cute at other moments.

The drama revolves around Vincenzo Cassano that used to work as a Consinglere to the Cassano family in Italy. He fled to South Korea from Italy after the death of the family’s head. Vincenzo at one time helped a tycoon from China hid gold in Korea. At present, there is a plaza built upon the gold, and Vincenzo is the actual owner of the plaza. It also happened that the Chinese Tycoon died. Hence, Vincenzo comes to South Korea for retrieving the gold with Cho Young-woon’s help as no other persons know about the gold. However, things did not go as planned. Soon, he found himself involved with Babel Group with the help of lawyer Hong Cha-young. Furthermore, his tenants began trusting and relying upon him. Now, let’s know in detail what the upcoming episode holds for everyone.

Vincenzo Episode 18 started with Jang Han-Seo shooting Vincenzo. He falls, and the Interpols and the Korean’s police officers thought him to be dead. However, he wakes up and takes the gun from one Interpol who goes to see if he is dead or not. Then, he orders the backup team of the Interpols to put their gun down. Then, he says to Interpol he will give information about Paolo. But, in reality, he killed them off and asked the Korean police officers to clear off their bodies and asked them to say they did not get any evidence against Vincenzo. Then we see the reality, it was all the plans of Vincenzo and Jang Han-Seo all along. 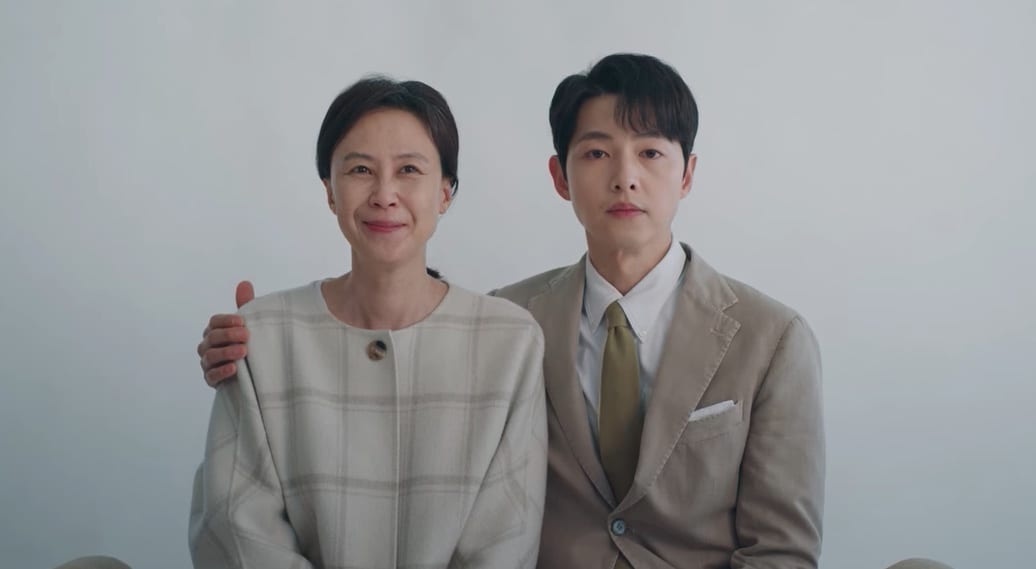 A scene from Vincenzo Episode 17 wherein Vincenzo is taking a photo with his mother, Oh Gyeong-Ja as a family photo (Credit: TVN)

Also Read: Who Is The Princess Of Blackpink? YG Entertainment Princess

We also see how Vincenzo begins tormenting Jang Han-Seok and pulls of all the important persons from him. Hong Cha-young threatens Choi Myung-hee with voice recordings. Vincenzo also threatens Han Seung Hyuk and makes a deal with him. He asks to put Han-Seok in jail. Jang Han-Seok with Myung-Hee’s request goes to prison thinking that it is the safest place for him. There is also a sweet moment between Vincenzo and Han-Seo wherein he asks if he can call Vincenzo brother. Also, Park Seok Do asks Vincenzo to call him brother. Han-Seok begins to suspect Han-Seo after he defied him.

Everything is moving according to Vincenzo’s plan. He also tells Jang Han-Seok he put him in prison and will see the fall of the Babel Tower from prison. Meanwhile, Director Kim catches Cho Young-woon and says he knows all about the gold under Geumga-dong Plaza along with the Guillotine file. He asks him to find a way to open the vault and threatens him with his life and family. Cho Young-Woon reluctantly starts searching for the person who made the security system and found out about Seo Mi Ri. But, Director Kim could not found the file or gold even after the opening of the vault by Seo Mi Ri. Mr Cassano comes in time and saves Cha Young and Mi Ri from the goons.

Vincenzo Episode 19 release date is May 01, 2021, at 21:00 KST or 5: 30 p.m. The upcoming episode will start with Vincenzo fighting Director Kim’s goon. They may themselves withdraw after watching Vincenzo. It is highly unlikely that Myung-Hee and Jung Han-Seok will sit back and watch. They are likely to plan something for their return. Episode 19 will feature how Vincenzo moved the gold. We already saw that he had the Guillotine file with him all the time. As the finale is approaching, Vincenzo could receive a setback from Myung Hee with their case filings.

There is also the case of presidential candidate, Park Seung Joon. He knows about the gold and file. Director Kim failed to retrieve the same the first time. They will again come back with a new plan, or Vincenzo could blackmail them for backing them away. Either way, we will also see what will happen with Han-Seo as Han-Seok begin to suspect him. The question of how Vincenzo solved the problem in Italy will also get featured in the upcoming episode.