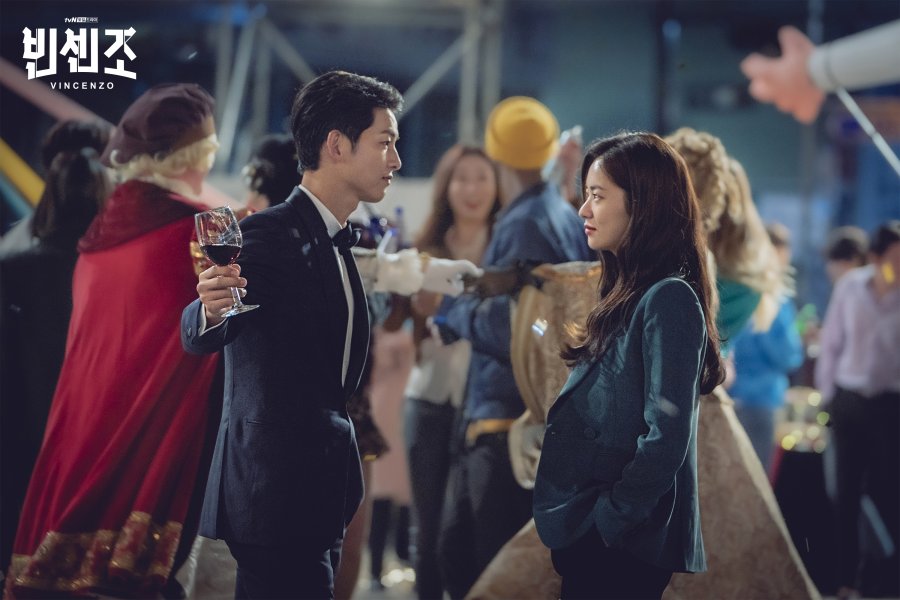 A Still from k-drama Vincenzo

Vincenzo Episode 19 Preview & Ending is a topic of discussion currently amongst the fans. The fun banter and amazingly entertaining drama are coming to an end today. We will all desperately miss the show after the ending and genuinely wish for the renewal of the drama. The paring of Song Joong Ki and Jeon Yeo Bin is highly loved amongst the fans of both and also by the fans of the show. Episode 19 of the drama aired just yesterday and was a treat to watch absolutely. All the entertainment, along with the comedy and the serious timing, were all apt in the episode. The South Korean drama Vincenzo currently holds a huge fan base. It also has several separate fan pages for the show. Any new clip of the show or from the show, when released, creates a buzz in the entire social media.

One major reason for that being in the huge and immense popularity of Song Joong Ki. Since the release of his famous and worldwide popular series, descendants of the sun released him along with his co-stars in the drama all attained international stature, with Song Joong Ki benefitting the most from it. The last two released episodes of the drama enjoyed huge popularity along with high ratings. Episode 18 topping the charts of the rating list. When the drama was initially released, it opened with a decent rating but slowly, each and every episode saw an uprise in the numbers of viewers making the drama so special. Episode 18 aired on 25th April 2021, while episode 19 aired on 1st May 2021. And with final episode will air on 2nd May 2021. So, episode 19, too, equally entertained us and matched up with the expectations we had with it. 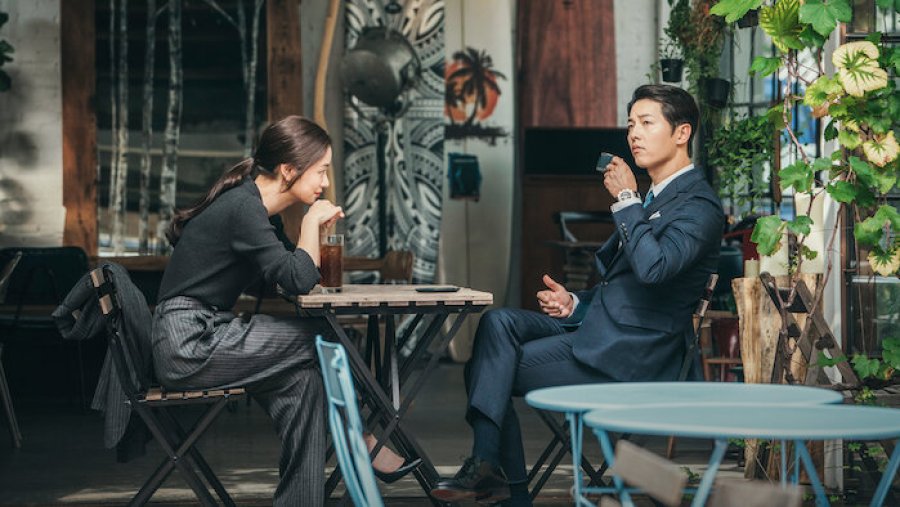 The leads of the drama Vincenzo

Vincenzo Episode 19 was released yesterday, on 1st May 2021. The entire episode had us engaged with it throughout. The episode started with Vincenzo saving Seo Mi Ri, and Hong Cha Young. He, with his dashing personality, stikes off the evil people and gives them a hard fight. After fighting with so many people at the same time, he falls injured on the floor. Only when a heroic entry is taken by the members of the Geumga Plaza. Astonishingly they all are outstanding fighters and strikes off all the enemies. The amazing fighting sequence is ended by none other than Hong Cha Young when she strikes hard on the head of Mr. Kim, the secretary of Park Seung Joon. The first half of the show seemed like the cards are in Vincenzo’s favor, but the tables got turned towards the end.

How impressively Vincenzo managed to dig out the gold from there on time was a treat to watch and was extremely entertaining. Another satisfying thing in the episode was to see Jang Han Seo become more and more confident. He came a long way too and made the correct choice for himself. Towards the end, we saw though Choi Myung Hee is out behind bars, yet she manages to set a trap for Vincenzo and Cha Young. Jang Jun Woo escapes from prison and abducts Hong Cha Young. He beats his brother and captures both Jang Han Seo and Hong Cha Young. He makes Cha Young a bait to get to Vincenzo and calls him. 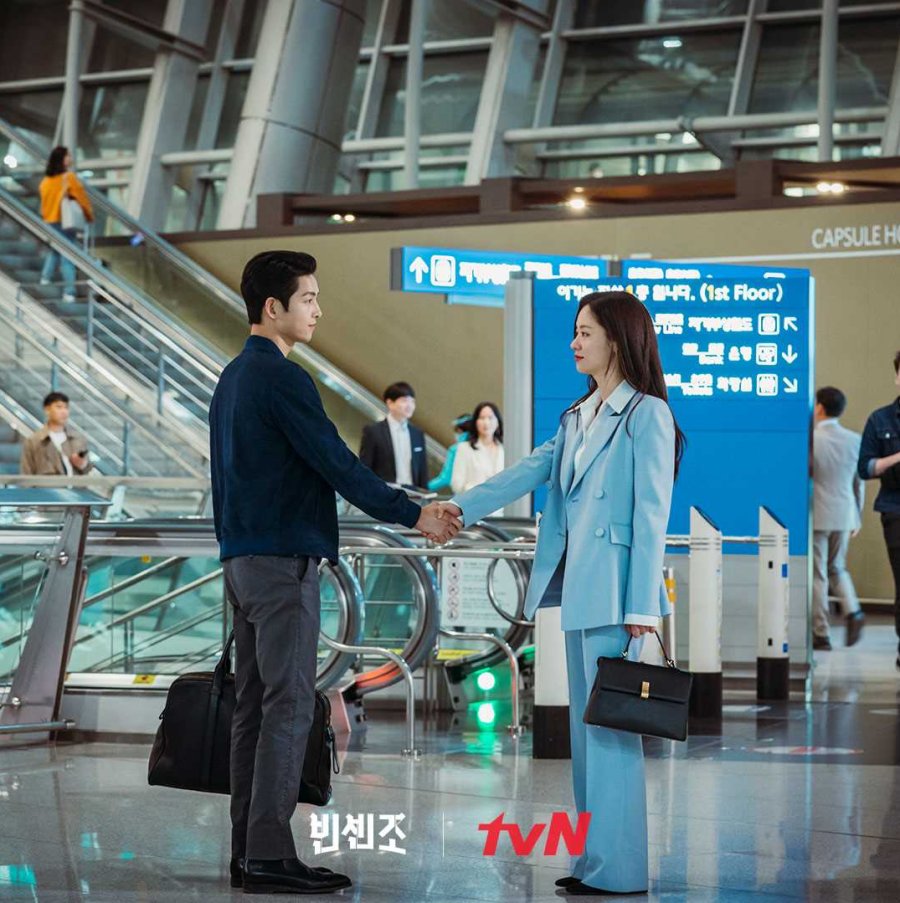 The quick action by Jang Han Seo helps Vincenzo untie Cha Young. But even after all the struggles, Jang Jun Woo fires a bullet at Vincenzo, to which Cha Young comes in the way to save him. The episode ends at that note, and the conclusion will be revealed today with the concluding episode 20. The episode leaves with questions like will Hong Cha Young survive, how Vincenzo will take revenge on Jang Jun Woo and Choi Myung Hee. And what will be the fate of Jang Han Seo will all be revealed in the 20th episode.

With the release of the Vincenzo Episode 20 on 2nd May 2021 at the 21:00 time slot, the conclusion of the entire plot will be revealed. Will it be satisfying, or will one of the characters die, are the question that will be all answered tonight. TvN released the promo of episode 20, and after they air on television, the drama will be available for all to watch on the online streaming site Netflix.

Also Read: Will There Be Vincenzo Season 2?