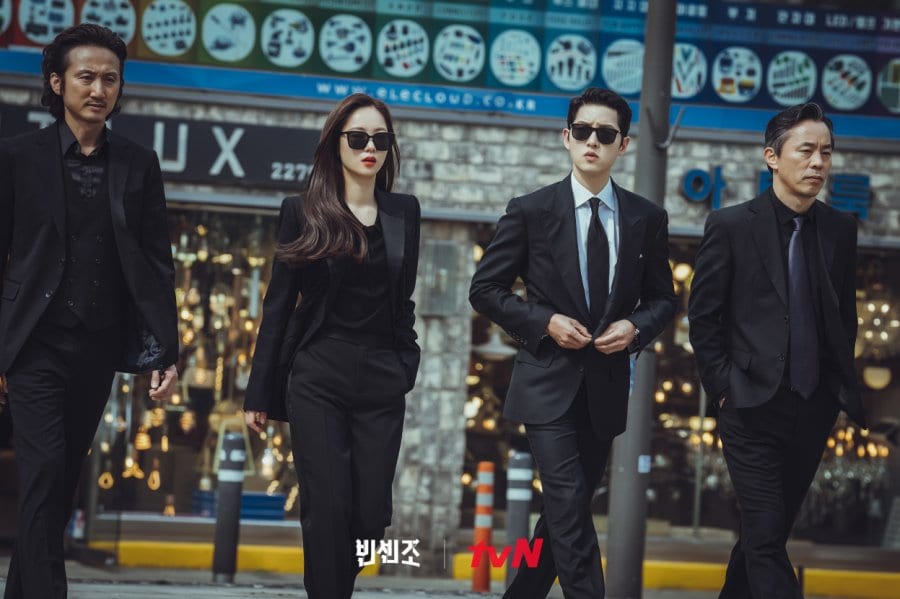 Vincenzo Episode 18 was released much recently and is now finally approaching the conclusion. The drama starring Song Joong Ki, Jeon Yeo-Been, and Ok Taec-Yeon in lead roles is smashing is the internet all over with the fantastic performance the series is giving us. It is absolute bliss to watch the show with the amazing presentation. After episodes 17 and 18 got delayed, the audience were all eagerly waiting for the episodes to release. Now that both episodes 17 and 18 have already been released, let’s look into the details of the show. Vincenzo is currently an ongoing South Korean drama. And has made a huge impact on the viewers of not only in South Korea but the entire world. Since the drama is also aired internationally on the international streaming site, Netflix. With a huge fan base of the series, certain changes in the drama were also made.

Since the changes took time in editing, and re-filming some scenes took the production some time to release the newly edited episodes. Hence they took a week gap and recently released the episodes we all were waiting for. After the release of episode 16 on 11th April 2021, the drama took a whole week off. And finally aired the 17th and 18th episode on 24th and 25th April, respectively. The two episodes show us the real powers of Vincenzo and how much he is capable of. He came back with much more power than before and is absolutely ready to smash his enemies. The final two concluding episodes of the drama will air on 1st May 2021 and 2nd May 2021. With that, the amazing show will come to an end. Vincenzo airs every Saturday and Sunday on the original network tvN alongside Netflix. 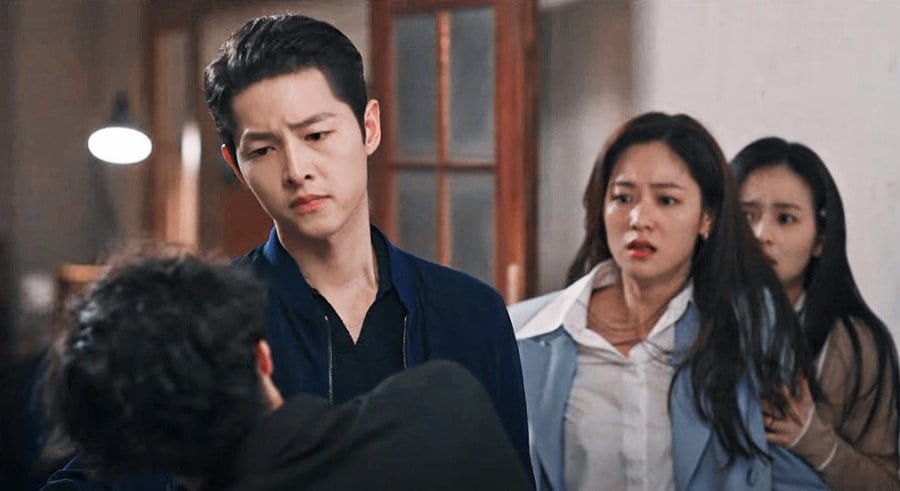 A Still from Vincenzo episode 18

Episode18 of the much hit and successful drama Vincenzo was released on 25th April 2021. The 18th episode was of a duration of 1hr 16min. The much-awaited episode starts with us showing Vincenzo heavily injured. However, that was all his plan that he strategized from the very beginning. Firstly it seemed like Jang Han Seo might just betray Vincenzo, but things turned the other way, and he actually joined hands with him. He narrated a story in front of Choi Myung Hee, Han Seung Hyuk, and his evil stepbrother, Jang Jun Woo. The reality was something different, and he tricked everyone through his story. After they set off the Interpol and Vincenzo hands them some important evidence that they might use to grow in stature in their life, they liked the deal and set off quietly. 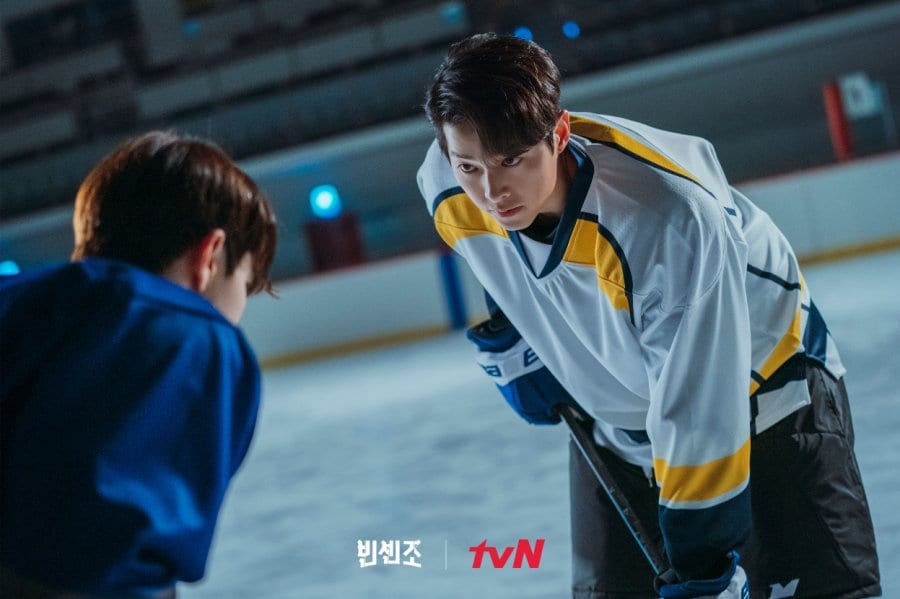 A Still from ongoing K-Drama Vincenzo

Vincenzo starts playing the game of chess as he said he would. He sets off his each and every move aptly without any mistake with the constant support from the members of the Geumga Plaza. All the corrupted officers who are involved in the game and one by one targetted and used by Vincenzo. After a while, a fellow acquaintance of his comes from Italy and states some problems going on there. He actually might have to leave, so he parts his ways with the members of the Geumga Plaza and Hong Cha Young. Thinking that they might be alone now, they are targetted, and Seo Mi Ri is forced to open the secret basement to get the file and gold. Also, Jo Young Woon gets tortured to find the actual maker of the security systems, and it turns out it was Mi Ri.

When people come in to torture her to get the information, she is left helpless and opens and basement. But Vincenzo thinks about the future situations as well and cleans every bit of it. While seeking help from Cha Young, Mi Ri and she both gets attacked only when Vincenzo comes on time to help them as a true hero. Meanwhile, Vincenzo also uses his keen strategies and sends Jang Jun Woo to jail.

The fantastic episode 18 leaves us stunned with the abilities of Vincenzo, and we just love the character completely. He comes back even stronger than before and is completely ready to smash all his enemies. With all these elements, I think it is one of the best episodes in the entires series to date. It made our hopes too high, and we all are eagerly waiting for the next concluding episodes, Which will complete the series finally. So, it is a must-watch episode, and the ones who haven’t yet watched it can watch it anytime on Netflix.