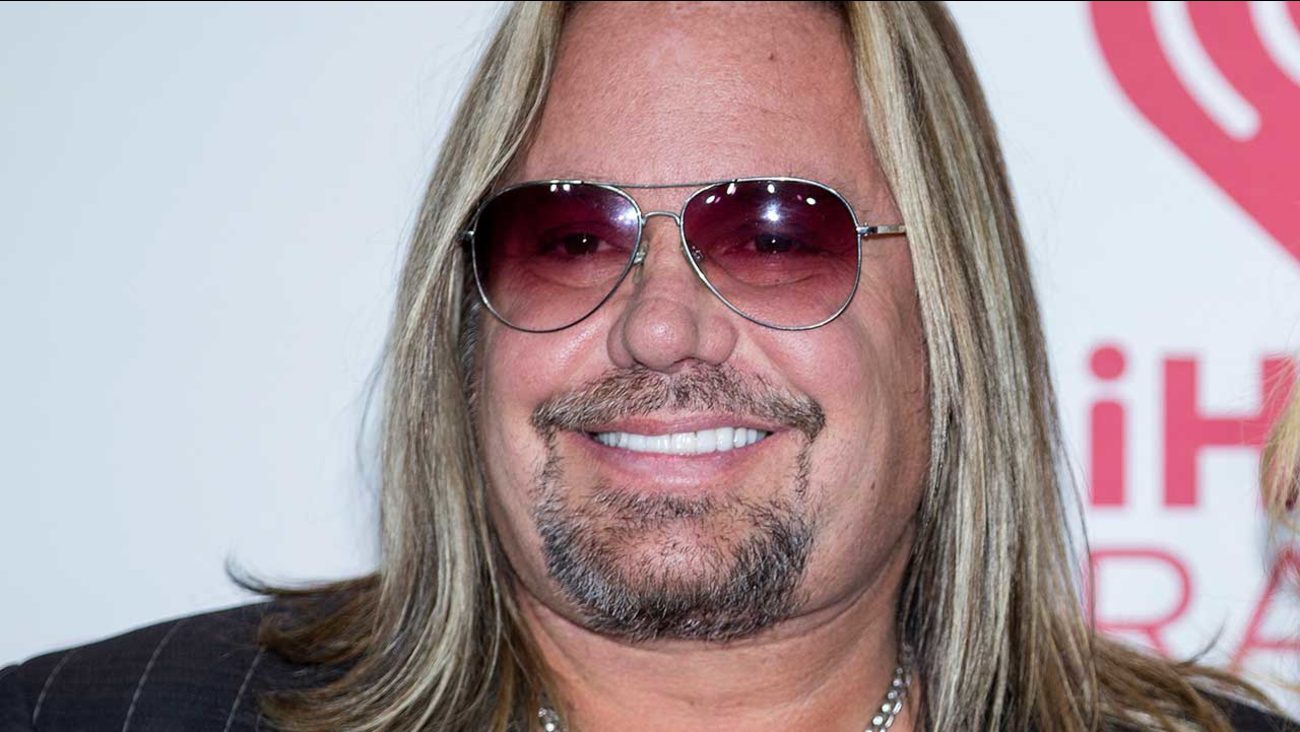 Anyone who is a fan of heavy metal knows the name of the famous musician Vince Neil. Vince has had his fair share of marriages and affairs in the past. Again in 2021, the rock star is in conversations over who is Vince Neil’s girlfriend? The musician plays in a heavy metal band Motley Crue. Besides being a part of the rock band, he has also produced many solo records. Before diving into who is he dating? Also, what does his girlfriend do for a living? Let us get you more familiarised with Vince. You know, in case you are wondering what kind of life a rock star lives.

Vince Niel was born on 8th February 1961. We can say he was meant to be a huge star as he was born in Hollywood, California. He studied at Sunflower Intermediate School. And later, Vince transferred to Royal Oak high school. Besides music, he had many other interests when he was a teenager. His hobbies were surfing, basketball, football, wrestling, and baseball. Even though Vince has had good luck with his career, we cannot say the same about his love life. He married four times and has three children – Two daughters from his marriage with his second and third wife and a son with his former girlfriend Tami. You must have gotten a gist of the secret life of a rock star. Keep reading to know more interesting facts about Vince Neil’s career and personal life. 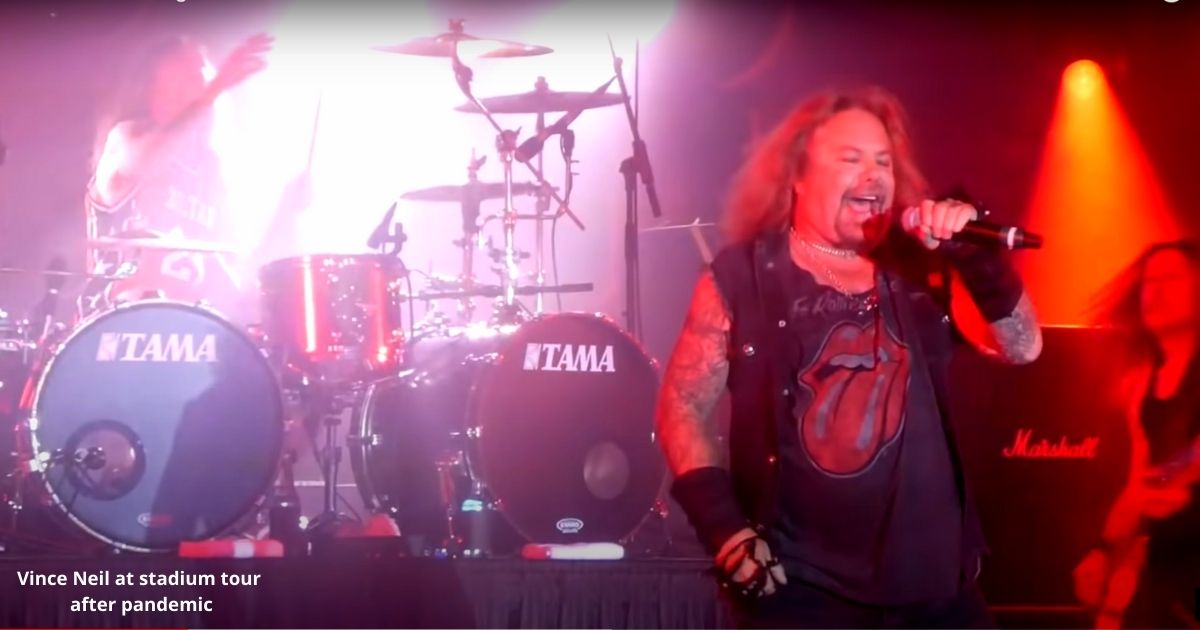 Vince Neil at stadium tour after the pandemic.

Who is Vince Neil’s Girlfriend?

Vince Neil is confirmed to be dating his girlfriend, youtube personality Rain Hannah. Besides being a youtube personality, Rain is also a beauty guru and social media influencer. Her birthdate, parents’, and siblings’ information have not been released to the public. This makes us think Rain might be a private person and does not like to share a lot about her life. She completed her college at the University of Nevada. She did her major in communication. Furthermore, Rain started her youtube channel in 2021. You can look up her videos on her channel Rain Hannah. She gives makeup tutorials and also tells about beauty hacks. As of 2021, she has 4.16k subscribers on her channel. 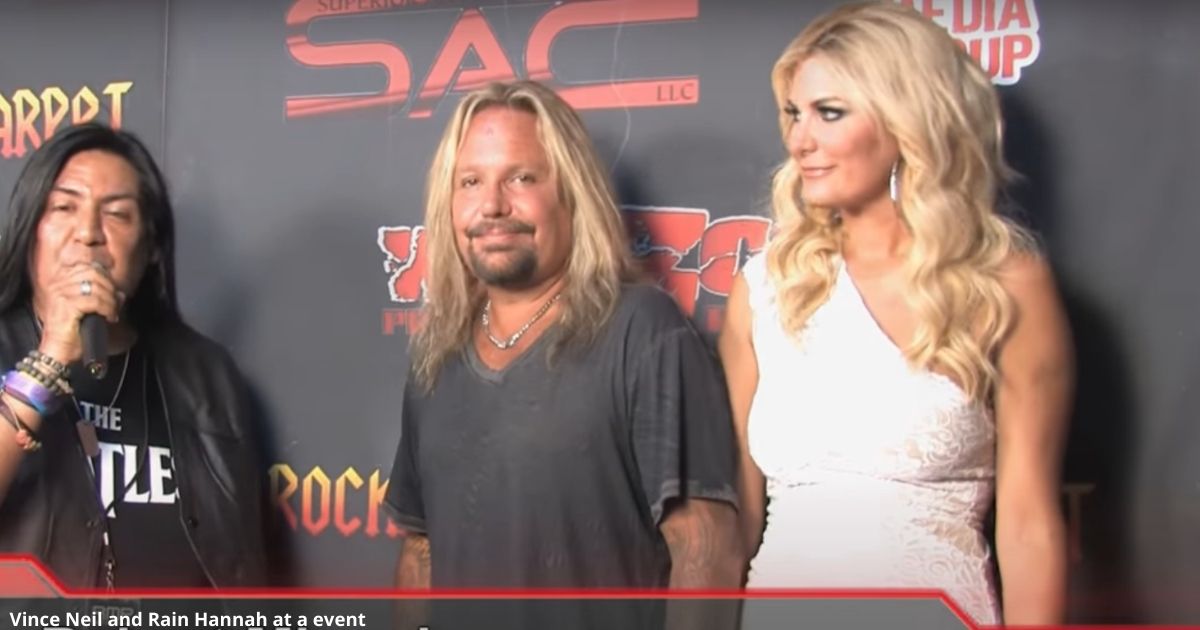 Vince Neil and Rain Hannah at an event

We already know that Rain Hannah is a private person. Because of this, we have no information about her past relationships. But it seems that she is very happy in her relationship with Vince Neil. The couple is suspected of having been dating for a long time. Also, they don’t miss out on any chance to post a cute couple photo on their Instagram.

All about the Rock Star’s Career

If only I had the same luck as Vince Neil. He is a musician who started his career with a band named Rock Candy. Later, he was discovered by the Motley Crue band. The band was looking for a lead vocalist and happened to attend a show where Vince was playing. They were very impressed by him and wanted him to join their band. After getting on board with Motley Crue, Vince made his first album’ Too Fast For Love.’ Joining the band only did well for Vince. Soon the band made a name for themselves in the international circuit with their second album ‘Shout at the Devil.’ But the album that got them recognition as one of the best rock bands was ‘Dr. feelgood.’ 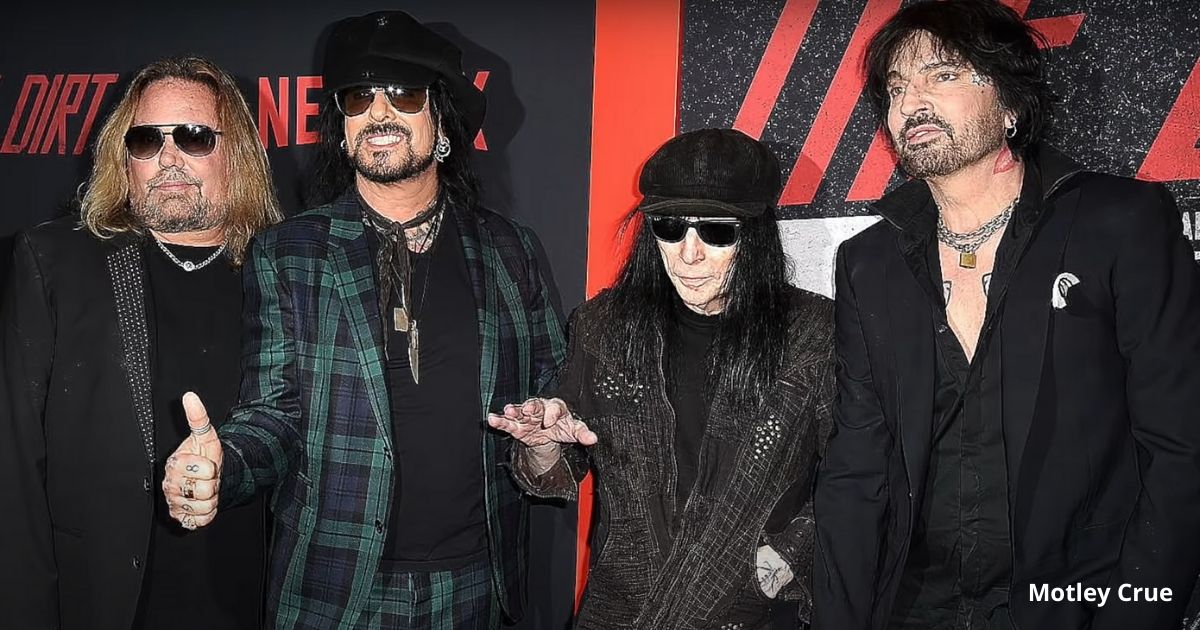 Their music was epic. But like every other bands, their fate was decided. After producing ‘Decade of Decadence 81-91,’ the members parted their ways in 1991. Vince was portrayed as someone who didn’t take music seriously, and so the other band members were ready to let him go. But a musician cannot stay away from music for long. Vince first released his solo album ‘Exposed’ in 1993. He was having great success with his new band members Steve Stevens, Dave Marshell, Robbie Crane, and Vix Foxx. Their album ranked 13 on the Billboard charts.

Back to the beginning, Vince Neil and Motley Crue reunited in 1997. Both the parties needed each other as their prospects were declining. There were some differences among the band members, which led to replacing of Lee. But in 2005, Vince and Lee put their grudges aside and came together for the compilation ‘Red, White, & Crue’ 2005.

Vince Neil has been married four times. His first marriage was with Beth Lynn. They got married in 1981. But it was not happily ever after for them. The couple divorced in 1985. Vince Neil’s daughter’s name is Elizabeth Wharton.

Following, he got married to Sharise Ruddell in 1987. Which, of course, ended in divorce. And his other two marriages with Heidi Mark and Lia Gerardini also met the same fate. Other Vince Neil’s children are named Neil Wharton and Skylar Neil.  As of 2021, people have been asking who Vince Neil dating is? Rain Hannah is the new girlfriend of the famous musician. There is no marriage in the near future for them. But if they do get married, we hope it doesn’t end like Vince’s previous marriages.

Also Read: Who Is Ricki Noel Lander’s Boyfriend In 2021? Her Dating History