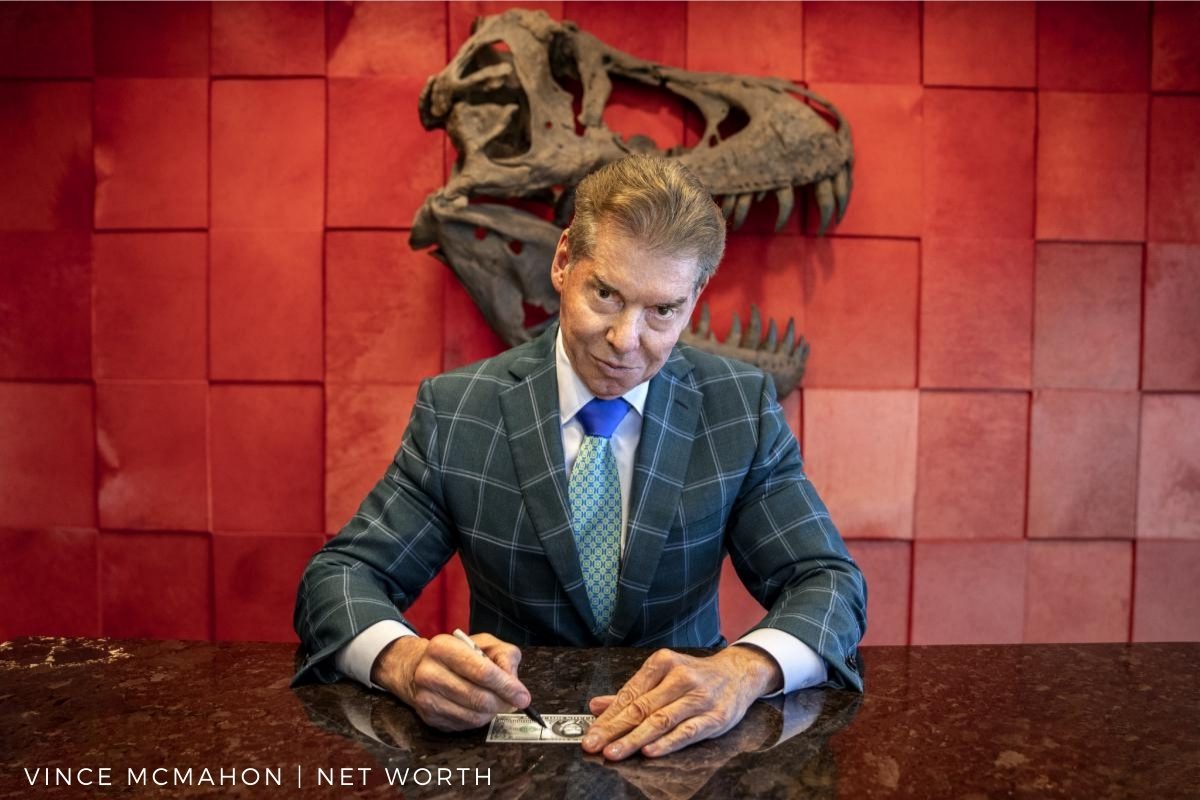 Hello, internet! In this article, we cover Vince McMahon’s Net worth. Firstly, Vince McMahon was born in Pinehurst, North Carolina, on August 24, 1945. Vince’s father, Vincent James McMahon, abandoned the family when he was a baby, and he did not meet him until he was 12 years old. Vince was raised by his mother, Victoria, and a succession of stepfathers. McMahon graduated from Fishburne Military School in 1964 after overcoming learning difficulties and dyslexia. Vince graduated from East Carolina University with a business degree in 1968

Vince is best known as the Chairman, CEO, and leading stakeholder of World Wrestling Entertainment (WWE), a business established by his father. McMahon started working for his father in 1971 when he was tasked with promoting a minor wrestling event. Vince became the go-to play-by-play commentator for All-Star Wrestling after serving as the in-ring announcer. He performed well, helping his father’s business in doubling TV syndication, and he rose to a far more prominent position inside the corporation over time.

Vince McMahon’s Rise to the Yop

When Vince’s dad passed in 1984, McMahon and his wife took over the still-small business. He enlisted the assistance of Hulk Hogan to serve as the company’s public face. Vince McMahon quickly created the “Rock & Wrestling Connection,” a concept that included pop artists into the stories and gave professional wrestling a national and much more extensive following. Wrestlemania and other ingenious promotions quickly followed.

McMahon was instrumental in making wrestling a household name by transforming the WWF into a distinct type of sports entertainment. World Wrestling Entertainment (WWE), previously known as the World Wrestling Federation (WWF), is today a multibillion-dollar corporation. Vince added complex stories, dazzling costumes, and music to wrestling entertainment, transforming it into an immersive experience that fans had never experienced before.

Vince McMahon has an estimated net worth of $1.6 billion. He is an American professional wrestling promoter, pundit, film producer, and occasional performer. Vince amassed his wealth and reputation as the CEO of World Wrestling Entertainment, or WWE. How many WWE shares does Vince McMahon own? Vince holds 28.7 million shares of WWE stock as of this writing. He holds class B shares, which control 80% of WWE’s voting power and about 37% of the company’s total outstanding shares.

When the stock price reached an all-time high of $96 in April 2019, his shares were worth $2.76 billion. WWE stock lost almost half its value during the following six months. WWE stock traded at $44 in February 2020, valuing Vince’s ownership at $1.2 billion pre-tax. In December 2017, Vince sold 3.34 million shares for a profit of about $100 million. He sold the stock to finance his recently announced intentions to resurrect the XFL football league.

Vince and Linda McMahon married on August 26, 1966, in North Carolina. They met as teens at church. They have two children, Shane and Stephanie, who have both worked in the family company, as well as six grandkids. Vince and his family reside in Greenwich, Connecticut, which is about a 30-minute drive from WWE’s corporate offices in Stamford, CT. His Greenwich home is said to be worth $40 million. Vince has also had a $12 million Manhattan apartment and a sports boat called “Sexy Bitch.”

McMahon has contributed to many Republican Party initiatives, notably the research and monitoring organization America Rising. He made a $5 million donation to the Donald J. Trump Foundation. The McMahons also made gifts totaling $8 million to Fishburne Military School, Sacred Heart University, and East Carolina University. In the next section, we will comment on the famous feuds this dude has with a former US president and top wrestling star Stone Cold Steve Austin. 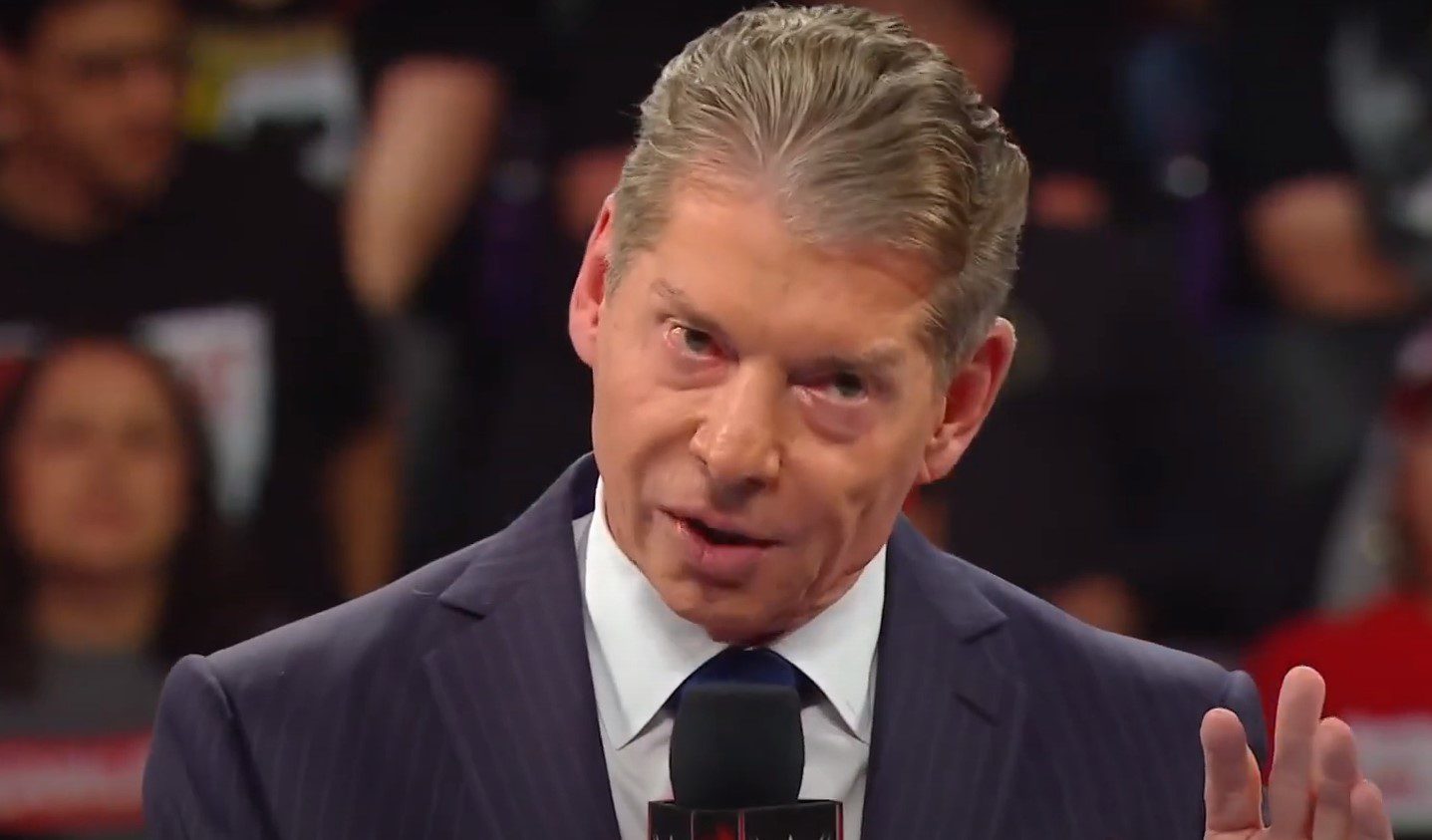 McMahon and Stone Cold Steve Austin have been feuding since December 1997. It all started when McMahon addressed on-air the alleged attacks Austin had committed on himself and other commentators. McMahon said on live TV again in the autumn of 1998 that he was “sick and tired” of watching Austin as the WWF Champion and that he’d devised a “master plan to take the title” from him. Austin then drove a Zamboni into the WWF arena and assaulted McMahon. He was arrested not long after.

In January 2007, Vince also began a public battle with Donald Trump. After Trump vowed to fight McMahon personally, they agreed to select a representative to wrestle on their behalf. McMahon’s wrestler lost the match. And that’s a wrap on our scoop on the WWE top man. Hope you enjoyed this article, and please keep coming back to our Otakukart website for more daily updates on all your favorite entertainment stars!