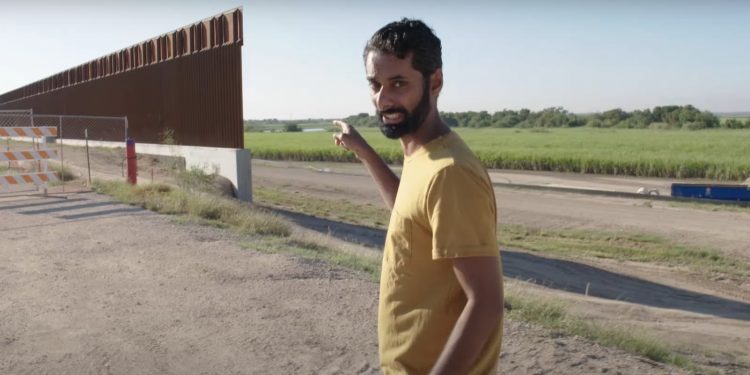 When HBO decided to drop Shane Smith’s documentary journalism series from continuation, everybody felt like a giant hole in their news feeds. But Shane’s media empire stands on its own. Shortly after cancelation, Showtime picked it up. And here we are, with Vice season 8 episode 12 continuing to inform us of global issues from the vantage points and journo style that they only know how to deliver.

In the last episode, we traveled to Afghanistan, and we saw how the new Taliban regime copes up with terrorism. The orthodox political and religious group took over the country with ease, not long after the Biden Administration decided to withdraw from the country after a 20-year occupation. Moreover, we also saw how the problem of the citizen’s arrest shapes politics in Georgia’s criminal cases. Now, let’s take a look at the upcoming episode here at Otakukart.

Vice Season 8 Episode 12 will release on December 12, 2021, on Showtime at 8:00 PM, United States. To begin, the episode’s title is “State of Surveillance & Killing Dissent”. Showtime hasn’t released an official description of the program, nor which journalists will cover the story. Consequently, we can only speculate on the topics from the title.

Where to Watch Vice Season 8?

Simply check in to Showtime during the timeslot to watch Vice season 8 episode 11. Now, should you want to watch the program online, go to the Showtime website or download the Showtime app. Furthermore, if you’re a cable cutter, you may watch the episodes on sites like Hulu, which allows you to add the subscription on top of the necessary plan. Showtime has an extensive library of episodes, series, and movies.

If you want to see the earlier seasons of Vice, you’ll have to transfer networks since they’re only available on HBO. You might look up airtimes in the program guide. In addition, if you’re a cable cutter, you may watch earlier seasons on HBO Max from any device. The add-on may also be added to Hulu, Amazon Prime Video, and DirecTV.

Although Showtime hasn’t made public the topics that the episode will cover nor the journalists involved, we can extract a lot of information from that title: State of Surveillance & Killing Dissent. In consequence, let’s unpack those a little bit. Firstly, Vice covers geopolitics and social issues. So, government surveillance is a big issue in the age of big data and technology. Since Edward Snowden’s revelations regarding massive data collection, coupled with Big Tech’s penchant for using your data in any way they please, the sense of privacy comes into the public square of debate as a hot topic.

Dissent is a contemporary subject often discussed in democracies. All around the world, many people question whether democracy and its values are ethical and if they work or not. Sometimes, verbalizing those ideas can be a dangerous act. In the current and modern world, dissent as an opinion, sentiment, or philosophy of non-agreement or opposition to prevailing and pervasive ideas can get you fired and ostracized from society.

Who are the ones willing to take that choice? And who are the ones enforcing the killing of dissent? These are some of the topics and vantage points that the Vice Journalists could consider for their next installments, given the editorial line of the long-running docuseries, magazine, and webzine. Focused on civil rights, the control of the government narrative, and the intervention of the state in these affairs, every episode covers a different aspect of how these —and many other social issues— take place in the public discourse. With this, we wrap up our coverage of this topic here at Otakukart. Thanks for reading our article, and please keep coming back for more daily updates.