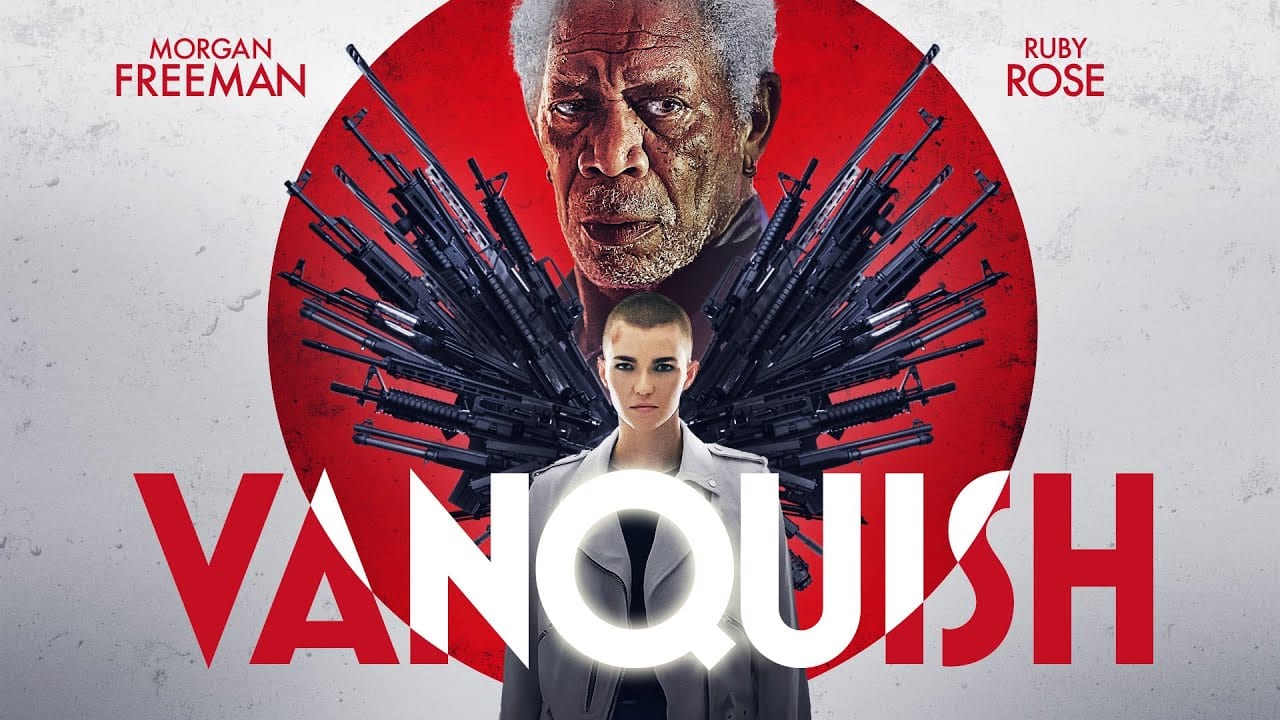 Vanquish is a 2021 crime thriller starring Ruby Rose and Morgan Freeman in lead roles. Veteran director and writer George Gallo have directed the film. Richard Salvatore, David E. Ornston, and Nate Adams have produced the flick. At the same time, George Gallo and Samuel Bartlet have penned the screenplay. The story is courtesy of Samuel Bartlet. Anastos N. Michos is at the helm of Cinematography. Aldo Shllaku is credited for the music, while Yvan Gauthier has edited the film. The film is a co-producer between Grindstone Entertainment Group and March On Productions. It hit theatres in the United States on April 16, 2021.

Ruby Rose plays Victoria. Morgan Freeman plays Damon. Others include Nick Vallelonga, Miles Doleac, Patrick Muldoon, Juju Journey Brener, Julie Lott, Ekaterina Baker, and Hannah Stocking. The principal photography for the film began in September 2020 in Biloxi, Mississippi. The filming came to its completion in January 2021. Vanquish will see a VOD and digital release on April 23, 2021, and a DVD and Blu-ray on April 27, 2021. The critical response to the film has been mostly negative and unfavorable. It has managed to achieve a measly rating and poor score on top review aggregator sites. The script, acting, and action all have been criticized, and it hasn’t fared well with the audience either. 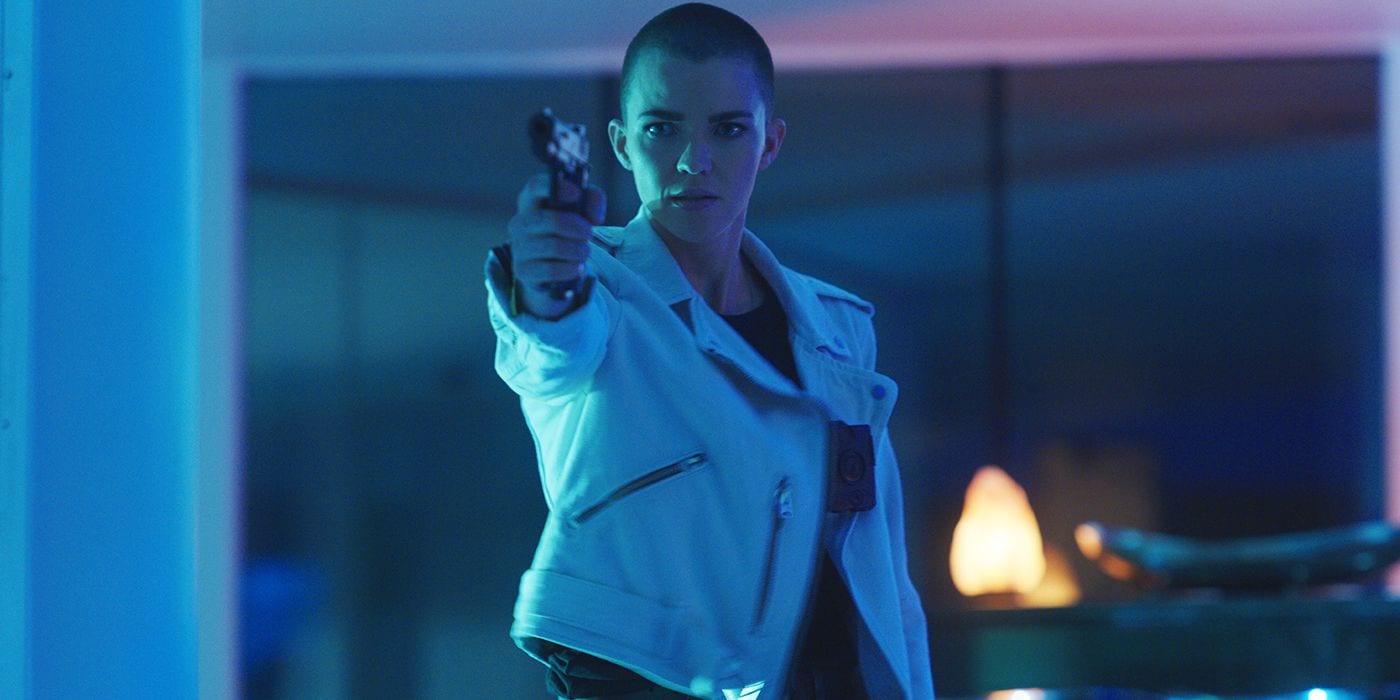 Vanquish is an action thriller feature by George Gallo. He is a veteran director and writer. He has directed films like Double Take, Middle Men, and The Poison Rose. The film stars Morgan Freeman (Se7en, The Shawshank Redemption) and Ruby Rose (Orange Is the New Black). It depicts a story of desperation and what it can lead a person to do. The premise follows a mother named Victoria (Ruby Rose), who has left her dark past behind her. She used to work as a Russian drug courier. But she’s coerced into her old ways when a corrupt cop Damon (Morgan Freeman), takes her daughter hostage. He forces her to do his bidding by holding her. I’ll tell daughter Lily (Juju Journey Brener) hostage. Now she must go on a violent spree, manhandling gangsters to save her daughter.

Morgan Freeman is an acting legend and elevates the film whenever he’s on-screen. Sadly, that’s not the case here. This ill-conceived and poorly executed film severely underutilizes him. Let me rephrase that; it wastes him. He’s thrown into the film as this corrupt retired cop who is bound to his wheelchair. He takes a little girl hostage to make her mother do his shady work for him. But he’s so unappealing and just mundane here; it’ll make you sigh in disappointment. The content here is so bare and bad; even Morgan Freeman can’t do anything with it. And even if he did, I doubt the movie would still have been any better. The entire affair seems like a rejected script brought to life. And to be fair, it seems Freeman didn’t care to give anything from his side either. It seemed like he was just there to cash his check. 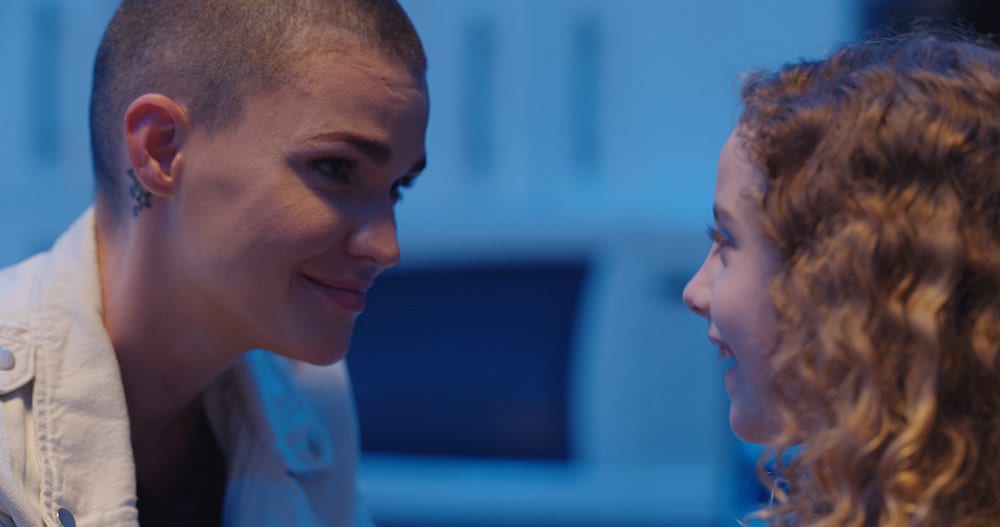 Morgan is given a morally gray character to play, but there’s so little substance to it. He’s not given anywhere near the amount to play with. He’s cast here to add a big name to the cast and make the film more viable. But his addiction to the film does nothing for it. He’s merely sitting in the wheelchair, watching the action unfold as Victoria drops villains dead. Nothing is engaging or intriguing about the character. Having him in the film as just a voice probably would have been much better. He doesn’t seem to enjoy what he’s doing, just going through the motions. The familiar and ever-green charm the Freeman usually brings to the table is missing here. And with an unhappening script and writing like this, he can’t do much, really. He has a potentially great moment, but it goes nowhere and deflates disappointingly.

Ruby Rose is becoming somewhat synonymous with bland action movies of late. And most of the time, the culprit is the script. She’s also massively wasted here. She comes across, like the script, bland and uninspired. There’s no charm to her performance like we’ve seen in her earlier performances. She doesn’t have the same menace as her performance in John Wick. Nor she possesses the energy like her role in Orange Is the New Black. As said earlier, it’s mostly because of the poor job at script and dialogue writing. But Rose herself doesn’t seem to give in any considerable efforts of her own either. Like Freeman, she’s also disappointing and lackluster in her portrayal. She can play the part of a badass with believable cadence, but she doesn’t deliver, acting-wise.

Director George has showcased great writing skills with his previous films. He’s done Midnight Run, 29th Street, and the Bad Boys films. Unfortunately, his latest action-thriller outing fails to capture the same finesse. It feels dejected from his previous works, having none of the qualities or features. Vanquish revolves around a retired cop Damon who has been corrupt since his days in the police. He has made a considerable amount of cash running illegal operations. Damon has to extract a lot of money he has made throughout a single night by running illegal operations. He is a retired cop who is wheelchair-bound because of an attack in the line of fire during his days. He now spends his time lavishing an affluent life in a mansion. He’s taken care of by Victoria (Rose) and her daughter Lily (Juju). 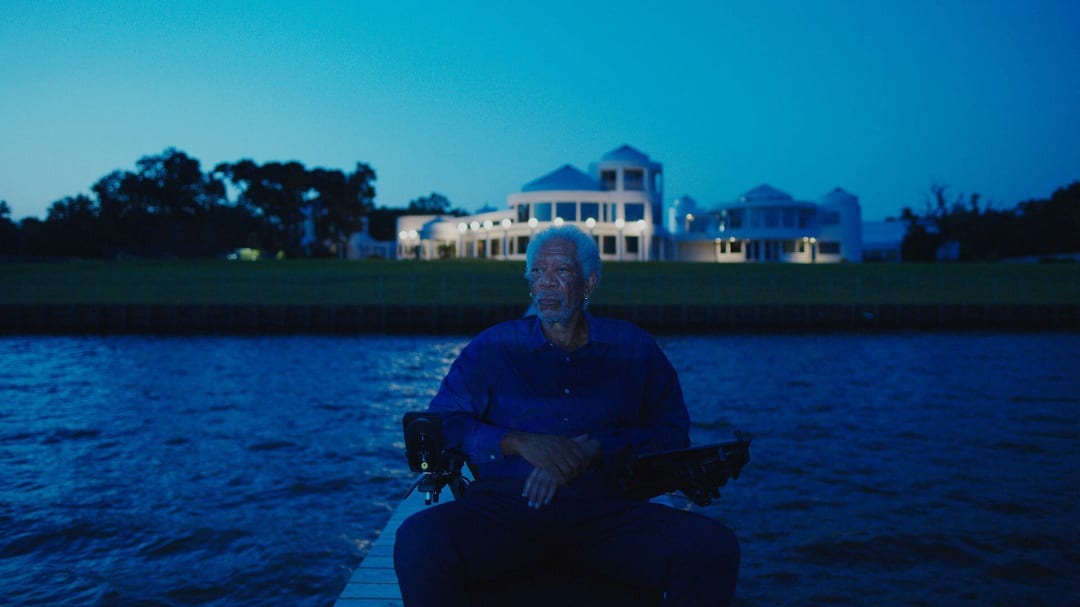 Morgan Freeman is the wheelchair-bound Damon.

As it turns out, Victoria has a dark past. She used to be a Russian drug courier but now lives a new life, leaving the past behind. It was Damon who got her out of that life and gave her a fresh start. She now takes care of him, and the seemingly endearing Damon is affectionate towards her and her daughter. However, who appears to be an amicable retiree at first, turns out to be a corrupt cop. We get to know of his nature during a church confession. The whole police force, in fact, is corrupt and ineffectual from the get-go. Damon runs a drug and prostitution ring from the comfort of his lavish mansion. One night, he has to extract cash from five uncooperative customers during the course of a single night. He faces a dilemma and eventually reveals his true nature to Victoria.

Damon takes Victoria’s daughter Lily hostage and then blackmails her into doing the extraction job for him. Victoria has to do as he says if she wants her daughter’s safe return. She abides and arms herself to the teeth. She sets out into the wild night, reprising her past once again. What she had been running from for so long has once again grabbed her, and now she must embrace it. She’s desperate to save her daughter. And so she embarks on the dirty business, agreeing to Damon’s terms. She makes give stops, all awaiting violence and bloodshed. As she carries out the task, she contends with her dark past as it haunts her with every gunshot. 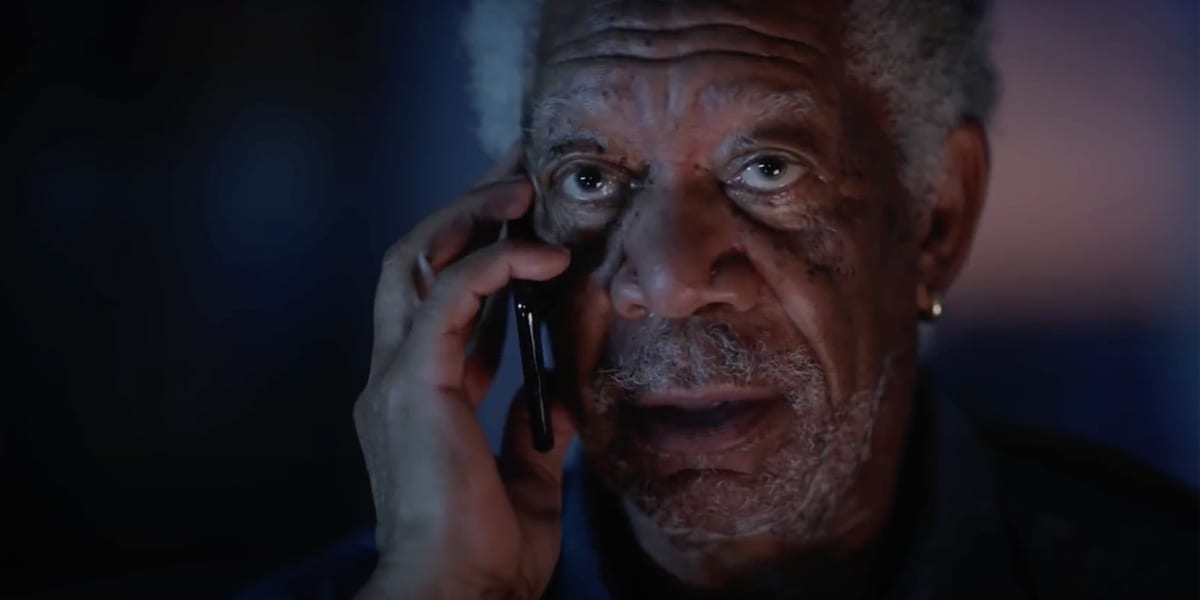 The movie is deprived of extras. There are so few people in every scene and sequence; it feels like the film’s world also has a pandemic going on. Whether it’s clubs, bars, or freeways, the space is oddly deficient in humans. The fight choreography in the film is also almost non-existent. It is dreadful and makes for a great companion to the equally dreadful cinematography. The whole affair feels like a lazy and morose attempt at making a film. Watching this really makes you scratch your brain over what compelled Freeman to sign on for the film. It’s a movie with a sad attempt at writing dialogues, a sad attempt at choreographing action scenes, and sad execution overall.

Vanquish is a poorly envisioned and terribly executed drivel of a film. The writing is uninspired, the characters are bad, and the acting is just sad. It’s better to give this one a pass. Our rating for Vanquish is a ½ out of 5 stars.