The new Agent trailer for the Valorant has been dropped. Here, we shall discuss everything about the new Agent from her abilities, role, origins to her release date. 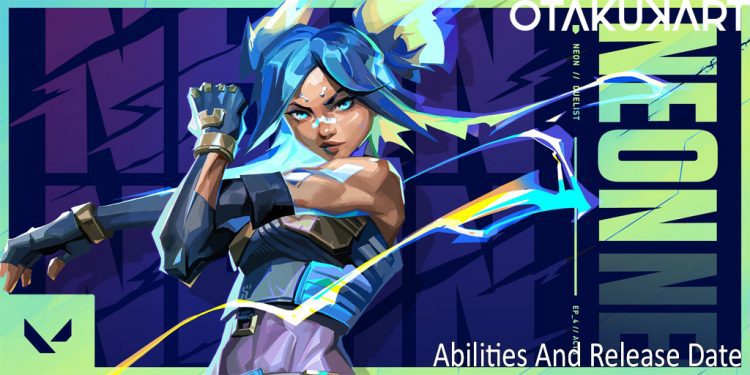 Valorant is known for the variety of Agents with different abilities who hail from around the world. With every season comes a new agent to the game. And with Episode 4, the Manila-born Neon is joining Valorant. The new Agent trailer dropped on 5 January 2021. What are her abilities? What is her role? This will answer all these questions, so just scroll down and find out more about this new Agent.

Valorant is a team-based hero shooter game. Riot Games developed and published this team-based game. It is a free-to-play game that was launched on 2 June 2020. The game usually entails two teams of five-player each, playing as Agents who come from around the world with different abilities and roles, competing to plant and defuse spike in a 25 round match. The first team to score or reach 13 wins the match. During each round, players earn money to buy guns. The team which won the last round receives more money and, the losing team gets less money. There are five modes in the game: Unrated, Ranked, Spike Rush, Deathmatch, and every season a new limited-time mode is added.

The game has Anti-cheat software that works on kernel drivers called Vanguard. Vanguard works very efficiently and suspends the match if it detects any cheater. After match suspension, the cheater gets a permanent ban from the game. Valorant has become a big esports game with an annual championship tournament called Valorant Champions. The first Valorant Champions was from 1 December to 12 December 2021.

Valorant – Neon: What Are Her Abilities?

With the drop of the newest Agent trailer for the upcoming Episode 4 in Valorant, we will discuss who Neon is and what are her abilities?

Neon is the newest Agent who hails from Manila, Philippines. She has abilities related to electricity, as is shown in the Agent Trailer of Valorant. She is a Dualist, meaning she will be a self-sufficient fragger who will get high frags and seek engagement through her skills and abilities. Nothing major about her background is announced or shown in the trailer.

Her third ability is creating two electric walls, the same as the ability of Phoenix. The trailer did not show whether it will bend or not like the Phoenix’s wall. It will damage the enemy if they get in contact with it. It is unknown at this point in time whether it will harm the teammates or not. Her Ultimate ability is to use her electric powers as a weapon to shoot and kill the enemies.

When will she be in the Valorant? On Amazon Prime’s Gaming page, Neon was accidentally leaked. Before Neon’s name went public, she was known as Sprinter among the fandom. Upon this leak, on 31 December 2021, Riot Games officially announced the new Agent known as Neon. The fans believe that Riot created Neon to counter Jett, another Agent with the highest pick rate in Valorant’s all game modes and even in competitive matches. Riot Games confirmed an Agent who will be faster than the Jett before announcing Neon.

One of the interesting facts about Neon is that she is the first Filipino Agent. Vanille Velasquez is voicing Neon, who is also Filipino. Neon was designed by a Filipino artist.

Valorant’s newest Agent, Neon, will arrive with the upcoming Episode 4 named Disruption. Episode 4 of Valorant will release on 11-12 January 2021, depending on the region.