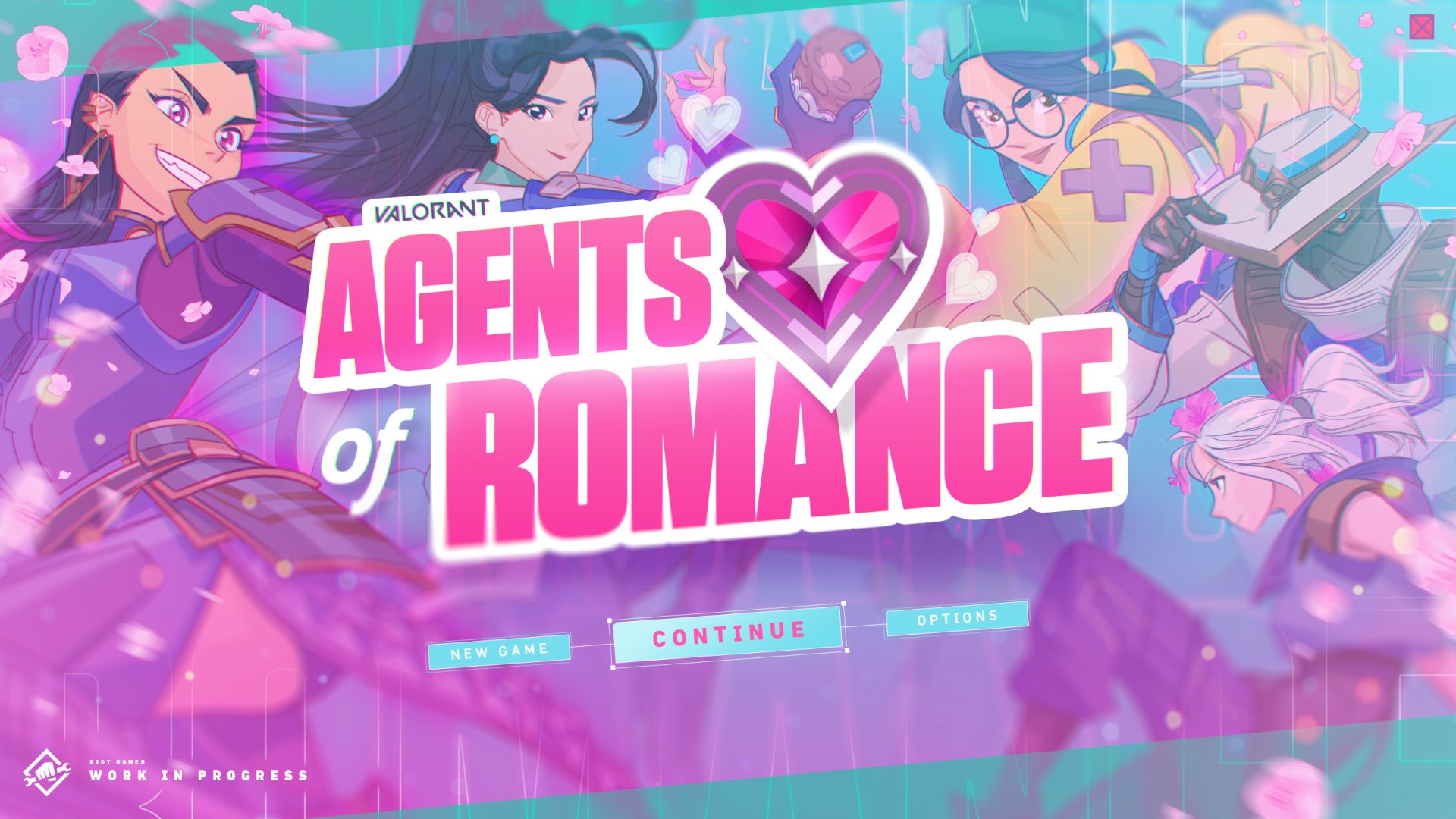 Riot Games’ Valorant has turned out to be a huge hit in the multiplayer fps genre. With its CS: GO style gameplay combined with unique agents and their unique abilities, the game gives a hard time to every other multiplayer fps game. Every day there is an increase in the number of gamers in this game. The game was launched in June 2020 by Riot Games, and it is a free-to-play game. The game is available only on Microsft Windows.

There are 4 modes available in the game: competitive, spike rush, deathmatch, and decathlon. Competitive is where you play ranked matches; to start competing in the competitive mode, you must win 10 unrated matches first. Spike rush is a smaller version of the competitive mode with some tweaks in the weapons and armor system. Deathmatch is your usual deathmatch where the first to 40 kills wins. Escathalon is a slightly different version of Deathmatch. We are not here to discuss the Valorant gameplay in detail so let’s focus on our main topic.

Riot Games taunted a dating simulator type of game for Valorant. The twist is that the announcement was made on 1st April. So 90% of the fanbase thinks this is an April Fool’s prank by Riot, but there are many reasons why this could be a real game in development rather than a prank. Valorant: Agents of Romance supposed to be a dating simulator game. Reports suggest that their previous adventures may inspire riot games in this genre. Their success of the Spirit Blossom event in League of Legends and the popularity of  Valorant may have inspired the developers for a game like this. 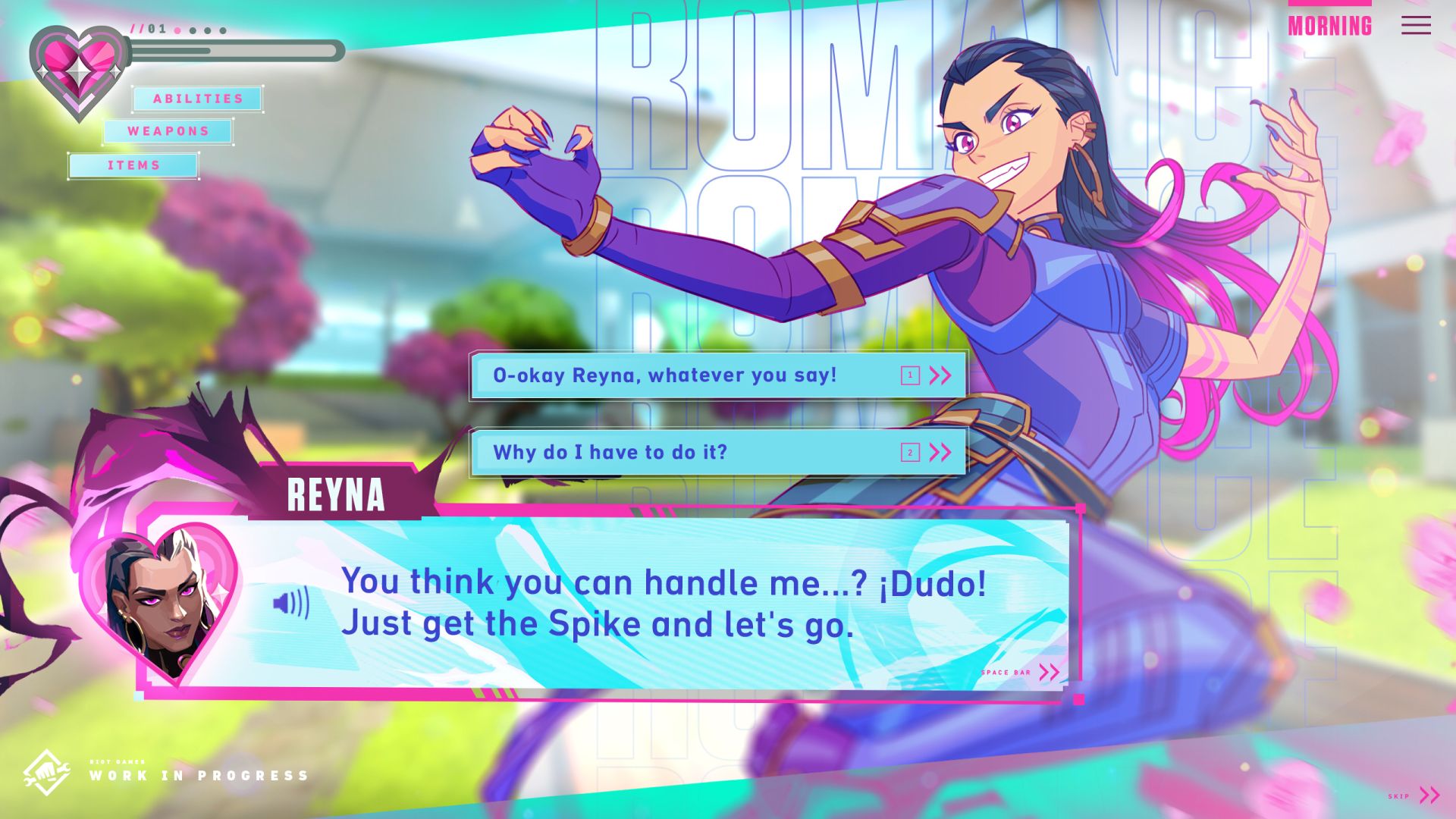 We may see a dating game related to Valorant because gamers are literally simping over the unique characters like Jett, Sage, and Viper. So Riot may find an opening where they can create an environment in-game where players must do something to win the hearts of these agents.

To be more clear about the game’s concept, the game’s story is about recruiting training to be an agent. To do that, he/she is facing a lot of challenges, and you have to help him/her overcome those challenges in becoming an agent. Some of these tasks may be going on dates, collecting rare items, and even saving the world. All of this, to win the recruit’s heart.

The developers also shared their thoughts on the game. Ana Donlan, the Executive Producer of Valorant, said that they have been looking for ways to expand the Valorant universe. The developers believe that everyone can relate to and enjoy the Agents of Valorant, whether they’re tac-shooter players or dating sim players.

Joe Zigler, who is the game director of both the games, Valorant and Valorant: Agents of Romance, said that initially, the whole idea of this dating sim genre was set to be a mode in the game, but things kept on escalating as new ideas came and soon this idea was worthy enough to build a whole new game around it.

As said above, there are a few reasons which can easily make you believe that the game may be in the development phase, and we will soon see it launched. The developers getting involved, the huge fan base, the attraction of players’ towards the characters, Riot games’ success in previous attempts of creating such thing all leads to a positive. But 1st April, this date is strong enough to make all these positives fail. We have seen many epic pranks over the years by game publishing companies and all the major multinational companies. 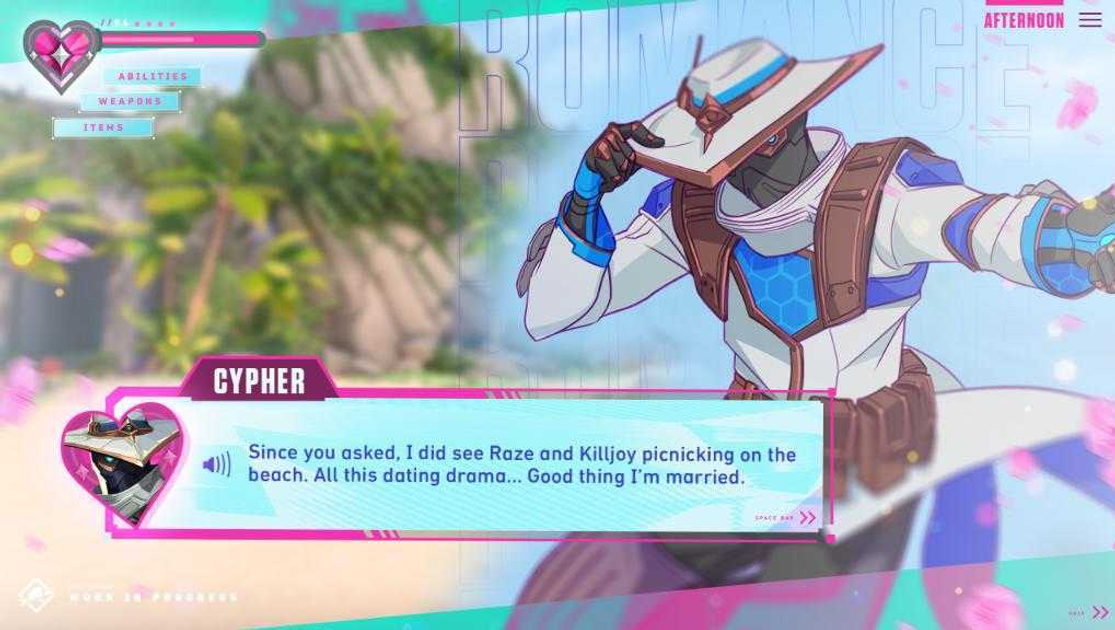 For now, my gut feeling says that yes, we may be getting a game called Valorant: Agent of Romance. Well, my gut feeling isn’t as good as that of James Bond’s, but it is just what I feel. We don’t have any insider leaks to show any game development proof, so there is no surety. You cannot argue based on logic because the reason of April fools is good enough to turn all your rational theories into useless points.

Till then, keep admiring the agents of the game, play this popular fps with your friends and chase glory. And if this dating game ever comes, make sure you do everything to impress the recruit.