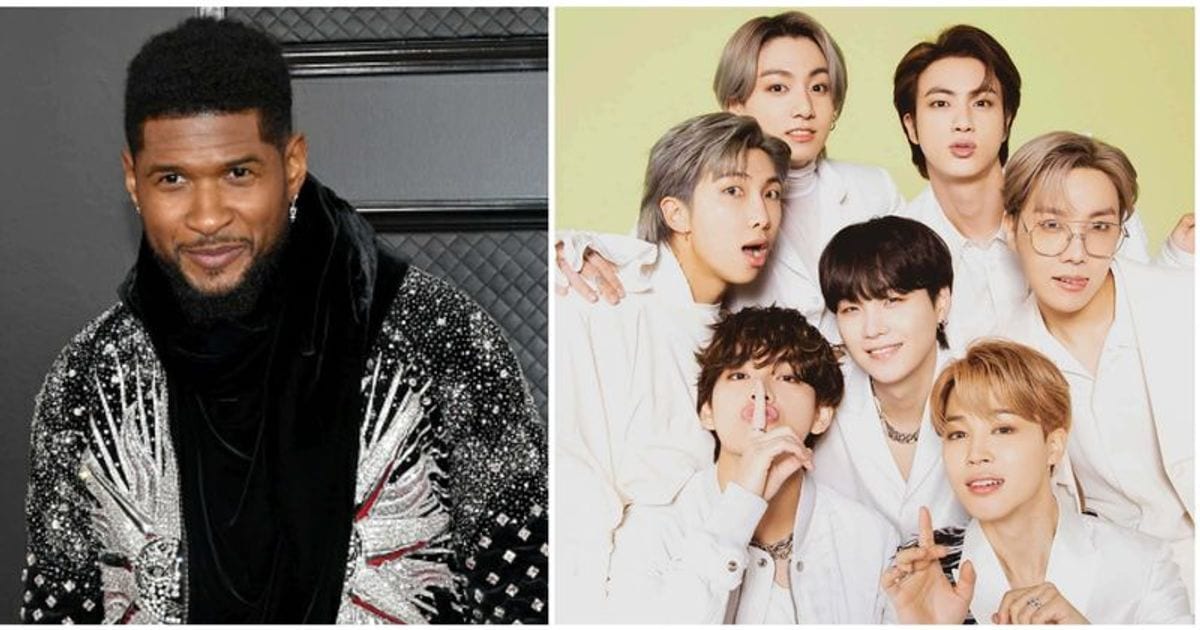 Our article today is about Usher’s TikTok Update with BTS Butter. Over the last few years, the world has seen a paradigm shift in the power to influence from the hands of the West to that of the East. This change was first seen in the global popular culture scenario. You’re absolutely right if you think that we are referring to the South Korean Hallyu Wave. The East Asian country’s music industry is at the very forefront of this massive change. K-Pop bands such as BTS, NCT, EXO, TXT, Stray Kids, TWICE, and BLACKPINK, among many others are at the very forefront of this movement. The prodigal South Korean septet BTS released their first ever all-English single called Dynamite. The song gave BTS their first career Billboard Hot 100 No. 1 debut – a feat that they have achieved four times over the last 9 months. After the release of their 2020 album BE, the band charted their first ever Korean song – Life Goes On in the Billboard Hot 100 No. 1 position.

On the third week of May 2021, BTS released their second all-English single Butter. This marked the band’s 4th Billboard Bot 100 No. 1 debut for the charts dated June 5th 2021. The band has received praises from several artists all across the world for their latest single and ever growing popularity. One of the most prominent musicians to have praised BTS Butter’s refreshing vibe is Coldplay frontman and singer-songwriter, Chris Martin. In fact Butter is also a latest addition to Martin’s Favourites Spotify Playlist. The latest celebrity to have appreciated BTS Butter is Usher. Read on to find out more.

If you have been listening to BTS for a while now, you probably know that no matter the language, every BTS song has lyrics that are very symbolic. BTS Butter is no different. Member V’s verses in Butter go as follows – Smooth like butter, Pull you in like no other, Don’t need no Usher, To remind me you got it bad. Now, Usher has a famous that he released in 2001. The title of the song is ‘U Got It Bad’. Do you see how the talented boyband used their lyrics to symbolically here by referring to Usher’s ‘U Got It Bad’?

Previously, in several interviews, BTS has expressed their love and respect for Usher’s music. This is especially true for member Jimin who has appreciated Usher in multiple occasions. BTS have always been very vocal about their tastes in music. This also hold for their favourite artists. Since there are seven members in the group, all with different tastes, each find inspiration in different Western Artists. Ever since BTS has been appearing in major American interviews since 2017, they kept mentioning Usher. Fans also saw a sweet, albeit short, interaction between Usher and BTS in the Grammys 2020 which also marked BTS’ first performance in music’s greatest night. Check out one such video below.

Ever since Usher posted the TikTok video, BTS fans, the ARMY, have been going crazy, especially on Twitter. They are very happy that their favourite artists are getting so much love and recognition. The ARMY is very excited to see what comes next for BTS.

What Comes Next For BTS?

After the mega success of their second all-English digital single Butter, BTS is now preparing for their 8th Anniversary celebrations. Popularly known as the BTS Festa, the band comes out with extensive exclusive content in the month of June every year as they grow a year older. Having debuted on June 13th in 2013, the BTS Festa 2021 is going to be BTS’ biggest ever anniversary celebrations. BTS has announced their ‘So Woo Zoo’ Muster to be streamed online on the 13th and 14th of June. BTS have also announced extensive Festa celebrations prior to the Muster. Exclusive profiles for each member have already been released and several past clips tagged Festa 2021 are being uploaded on BTS’ YouTube Channel – BANGTANTV. Right after the Festa 2021 celebrations, BTS will be releasing a repackaged Japanese album – BTS, THE BEST on the 16th of June, 2021. Watch this space for more updates.