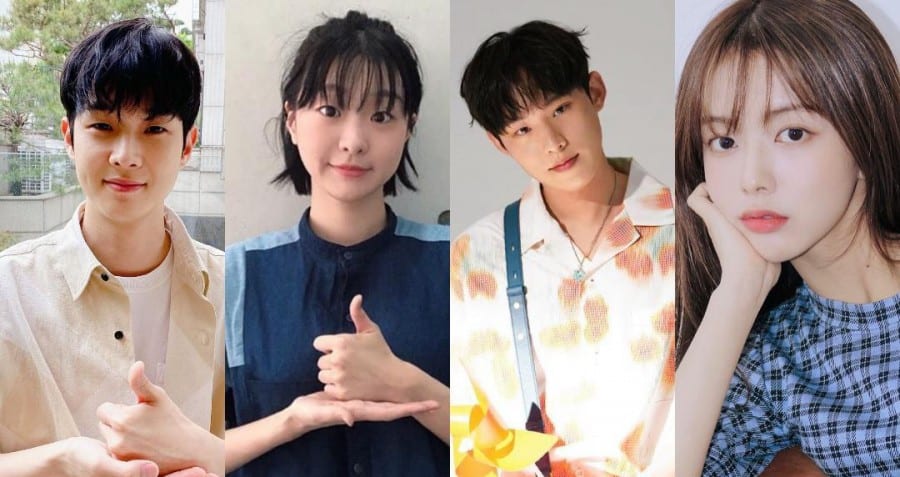 Us That Year Kdrama lead cast

Another Kdrama, Us That Year, will be joining us soon. For the drama “Us That Year,” cast members have also confirmed their participation in the show. Besides Choi Woo Sik and Kim Da Mi, who previously joined the drama, some new faces have joined them. Once, we shared the news of Choi Woo Sik being approached for the lead role. However, at that time, the show did not have any confirmed cast. But now, we have the cast, the plot, as well as the release date. So, without waiting any further, get all the info on the Us That Year drama.

Us That Year is an upcoming South Korean rom-com drama. Broadcasting on SBS in the second half of 2021, it will tell the complicated love story of a couple that broke ten years ago, saying, “It was an awful time with you, and let’s never meet again.” But, back in high school, they filmed a documentary that has now begun to gain popularity. And the couple is forced to meet again.

Us That Year drama casts Choi Woo Sik as Choi Woong, who seems to be an immature and carefree person. But, when he sets his eye on something, he brings out the sincerity that stays insides his soul. Choi woo Sik is famous for his dramas like “The Boy Next Door” and “Ho Goo’s Love.” But, he earned global fame with his lead role in Oscar-Winning 2019 film “Parasite.”

Kim Da Mi will be playing Goo Yeon Soo, who had only one goal in life- to be at the top in school. Now, as an adult, she is finding ways to live carefree with a wound in her heart. Kim Da Mi made her debut in 2017 with an independent film project. However, she gained popularity among Kdrama fans with her first hit drama, “Itaewon Class.” 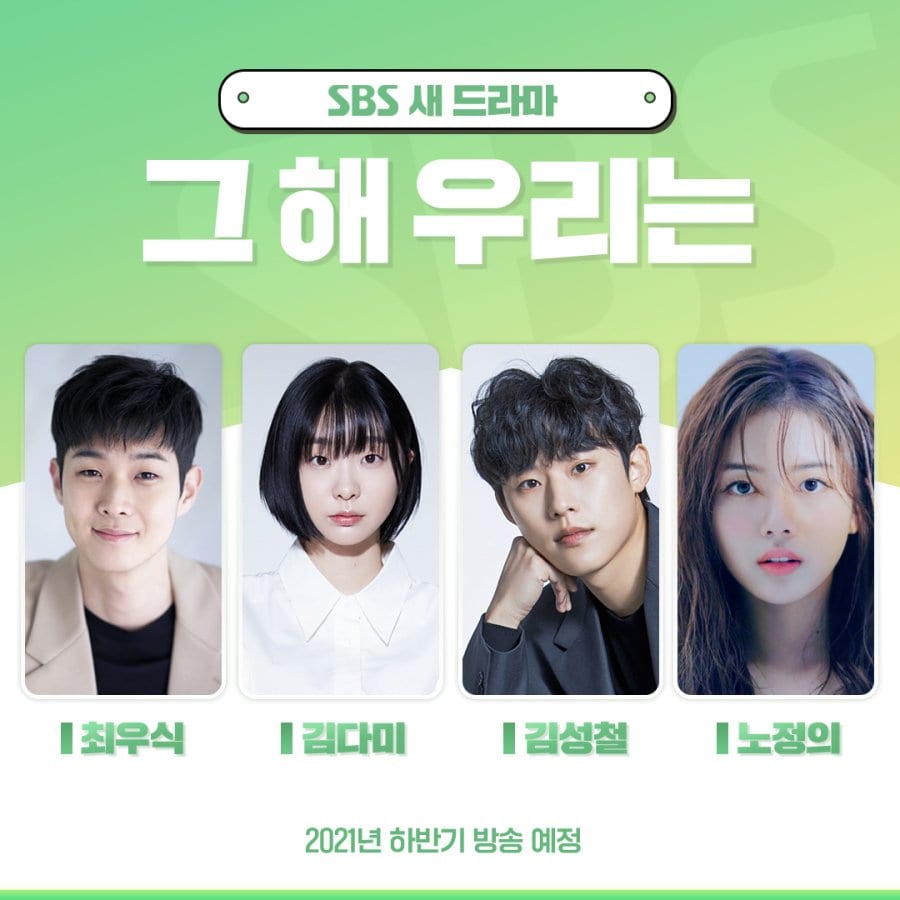 Both Choi Woo Sik and Kim Da Mi have previously worked together in “The Witch.”

Kim Sung Chul will take on the role of Kim Ji Woong, a documentary director. Due to his passion, Kim Ji Woong lives life as an observer and a loner. He believes that he resembles “documentary directors” who observe everything. He has lived his life being a “know it all” about documentaries. But, it will change when he works on Choi Woong and Goo Yeon Soo’s documentary. Kim Sung Chul is famous for his Netflix’s Kdrama, “Arthadal Chronicles part 2 & 3.”

Noh Jung Ui will play a famous idol NJ in the show. With beautiful looks and fame, she has lived her life as a celebrity. But now, she wants to work on her real-life and enjoy it. After seeing Choi Woong’s work, she becomes curious about him. Noh Jung Ui is known for “Kill It” and “The Great Show.”

Park Jin Yoo and Park Yeon Woo will also star in the drama.

Us That Year Kdrama will release on December 6, 2021. Also known as “Our Beloved Summer,” the drama will have 16 episodes. New episodes will premiere every Monday and Tuesday on the SBS network in South Korea. However, people living outside the Kpop land will be able to stream the show on other streaming sites and apps. Currently, there is less information on where you can watch the drama. 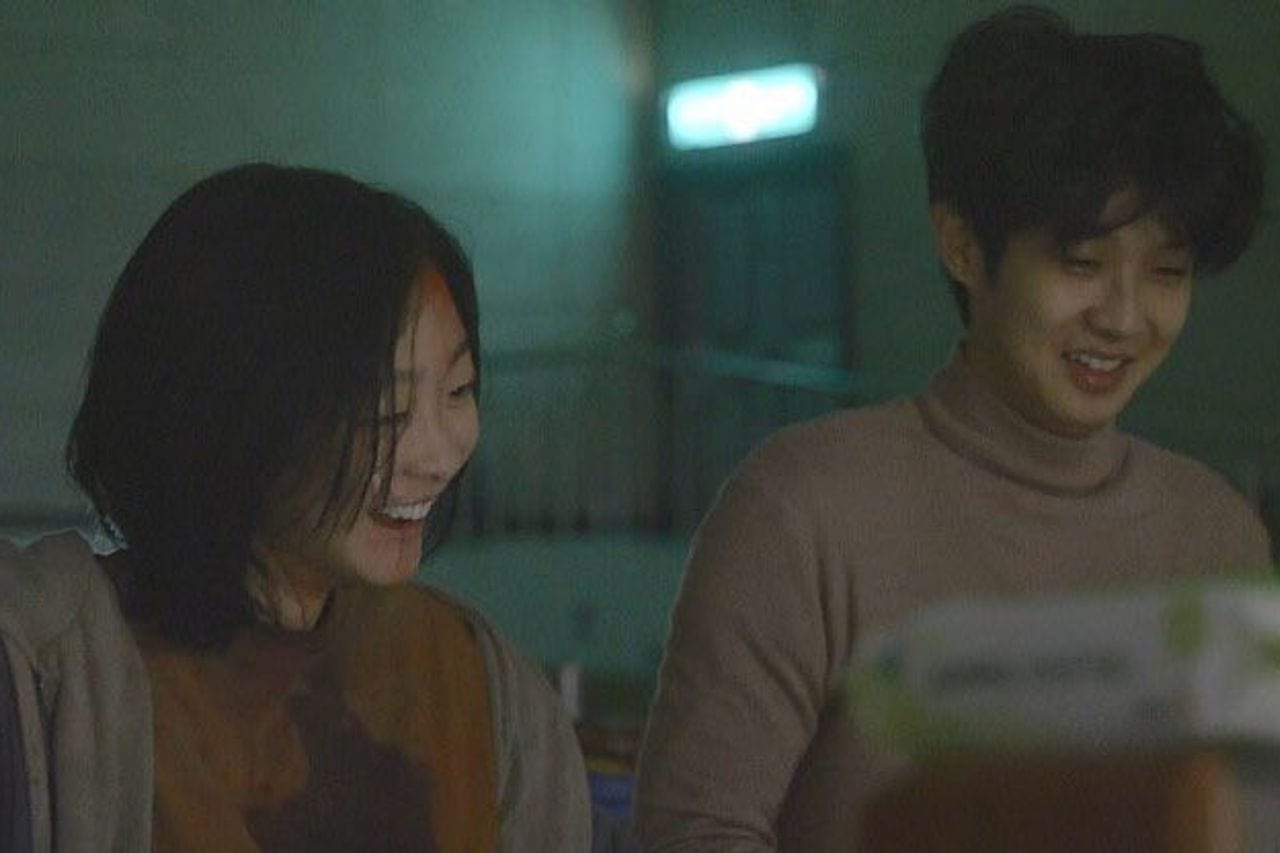 Kim Da Mi and Choi Woo Sik in “The Witch”

But, sites and services like Rakuten Viki, OnDemandKorea, Kocowa TV, We Tv, and more bridge the gap between Kdrama lovers and foreigners. We will inform you once the drama releases.

Us That Year will be helmed by Kim Yoon Jin, who made his debut this year with Drama Stage Season 4: EP, Hi Dorothy. Meanwhile, Lee NA Eun will pen down the screenplay. She has previously written the 2019 drama “Falling In Love.”

Also read: What To Expect From You Are My Spring Episode 4?