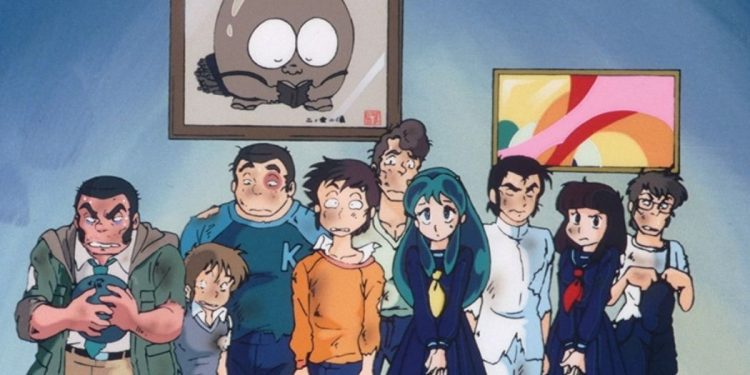 Do you still remember the era where we used to watch Sailor Moon, Dragon Ball Z, and many other old and classic anime series? That time was surely golden and cannot be faded in front of all the new anime series. These animes will always have a special place in our hearts, and we are going to stream them, again and again, no matter what. But what if I say that you can now have fresh content to bring over from one of your favorites classic anime series? Here comes the show stopper, the classic anime from back in the 1980s is going to make it come back in the year 2022. You all will feel nostalgic and excited as all the memories get reminded.

The series which we are talking about here is Urusei Yatsura, a Japanese manga series drafted and illustrated by Rumiko Takahashi. The manga series was officially published by Shogakukan and dropped its first chapter on 24th September 1978. It continued releasing new chapters for about a decade and finally concluded on 4th February 1987 with 34 tankobon volumes. The manga is a multi-genre series targeting romance, comedy, and science fiction. Back in its era, the series was an absolute hit that convinced the creator to make a comeback in the most unexpected way.

ALSO READ: Top Ten Most Underrated Anime Couples That We Stan in 2022!

Urusei Yatsura, the creation of a very known author also known for her previous work Inuyasha. Rumiko Takahashi created this wonderful work that goes around a perverted high schooler and an alien girl that became the fan-favorite of the year. The anime adaption of the series was produced by Kitty Films, Pierrot, and Studio Deen. The initial anime series have a total number of 195 episodes depicted as 214 segments. As for the manga series, it contained 374 chapters, and all of them are equally entertaining. The fact that the writer has also been the creator of big hits like Inuyasha and Ranma 1/2 contributed to Urusei Yatsura being so popular of its time. No doubt, this time to it’s going to achieve immense popularity as many fans are waiting for it.

When you are going through the stuff of the same author from the same genre, you tend to find some similarities. Other than the visuals and arts, the plot of Urusei Yatsura and Ranma 1/2 have some minor similarities. Where Shampoo gets dedicated to marrying Ranma after losing against him, Lum from Urusei Yatsura gets dedicated to marrying Ataru. The plot of the series centers on the humanoid alien that invaded the Earth but agrees to leave the planet unharmed if Ataru – the protagonist of the series- wins a game of tag. Ataru successfully won the match against the alien girl Lum, but she misunderstood his action by proposing to her for marriage. Now, Lum is stuck to Ataru to get married to him and joins the same high school.

The old and classic anime series is getting renewed with a Four – Cour series that is going to be long enough to air for a whole year. After waiting for so long, Shogakukan – the official publishing of manga – decided to make an announcement for the anime’s comeback. They can’t think of a better occasion than their 100th anniversary and finally announced that the series is receiving a new anime adaption. So, it is decided that the series will be out in the form of cour. It is highly predicted that the cour might not release consecutively.

Moving on, as for the release date for the renewed series,  according to the word from the official sources, it is scheduled to drop out in the year 2022. However, a definite date of its release is yet to be revealed, which made the viewers wait a little more. So, now we only know that the anime series Urusei Yatsura will be one of the new year’s gifts from the anime industry. Till then, you can stream the trailer of the series and it to know the kind of visuals you are getting to see when it is out.

What are a Cour and Season in Anime?

For those who are jogging through the internet and are confused about an anime series is a cour or season, let me explain everything to you. A seasonal anime series is based around the original seasons of a year. Their release and durations are determined based on the season. For instance, a fall season anime will run from October to November. As for a cour anime, they are released in Cour, with each cour having 10-15 episodes. The only similarity between Cour and Seasonal animes have that they both run over the period of three months.

According to this, we can predict the time period and the number of episodes we might get to see in the upcoming anime series of Urusei Yatsura. As there are going to be four cour in the series and the number of episodes in each cour will vary from 10 -15, so we can say that there can be 40-60 episodes in total. As for the time period of the series, it is going to stay with you for almost a year.

Hunter X Hunter: Will Gon Ever Be Able To Use Nen Again? Explained