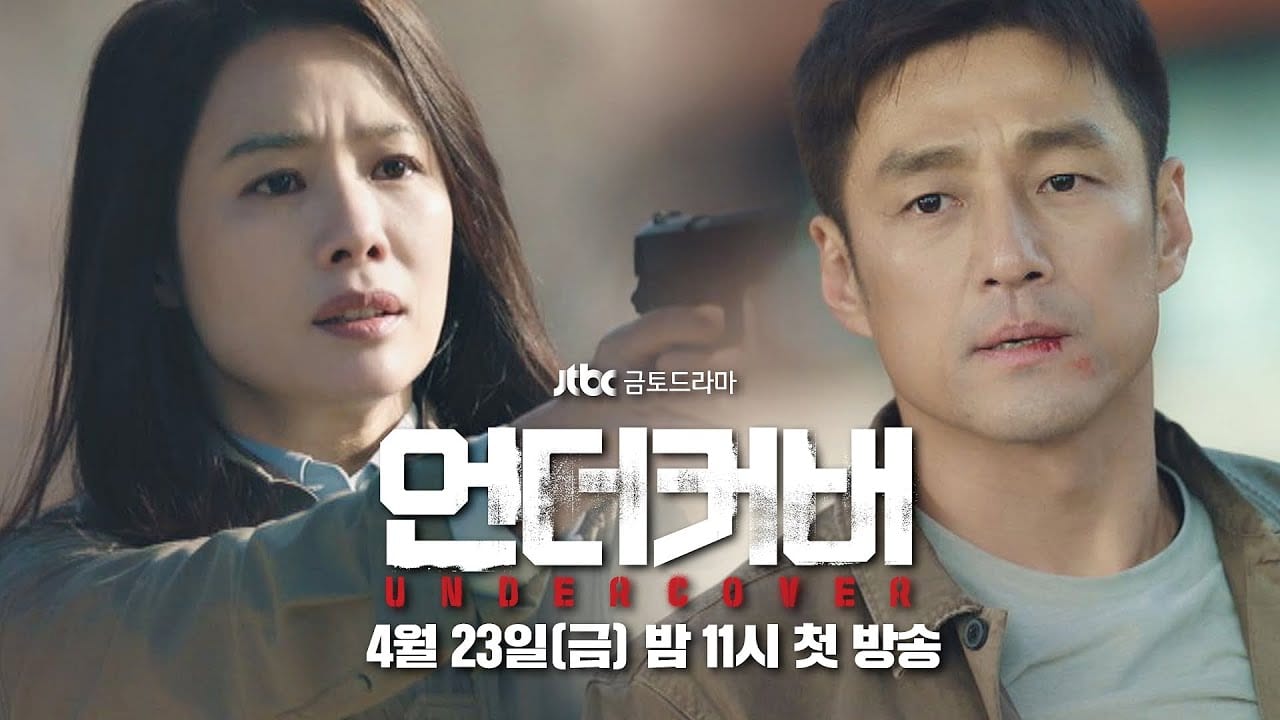 Here we get another Thriller Korean Drama of the year. ‘Undercover’ is an ongoing 2021 South Korean television series. Actually, it is a remake of the series ‘Undercover’ by Peter Moffat & James Hawes. Also, it is a 2016 UK-based television series. This Korean drama first aired on 23 April 2021. Starring Ji Jin Hee, Kim Hyun Joo, Jung Man Sik, and Han Go Eun, this drama hits the spot in the 2021’s Thriller Dramas list. Also, if you are craving for the detective and suspense genres, then this is the right drama for you. Moreover, the leads of this drama are well-known for their acting skills.

Also, those who follow Ji Jin Hee and Kim Hyun Joo should not miss this drama. And the important thing is this is JTBC’s drama, that network which is famous for creating the hit dramas like The World of Married and Sky Castle. So, the expectations are quite high, right? Furthermore, the first episode of the drama has crossed 700 thousand views. As the plot seems intriguing, the views and ratings are expected to hit higher numbers. Now, let us look at the cast, plot, and episode schedule of the drama.

The cast of the K-Drama Undercover

The plot of the K-drama Undercover

As for the plot of the drama, Jeong Hyeon is an agent of the National Intelligence Service (South Korea). Also, he has a secretive side of himself which he never reveals to others. Yeon Soo is a human rights lawyer and becomes the first head of the agency. After the promotion, Yeon Soo has to bear the responsibility for justice. Moreover, Jeong Hyeon falls for Yeon Soo when they meet on a mission. Afterward, the two get married. Their life seems normal and happy with their two children. But now that Yeon Soo is in the head position, it is more likely to discover her husband’s secret. While managing the balance of justice and family, how are they going to face the challenges? Watch the trailer of the K-Drama ‘Undercover’ on YouTube.

It is a JTBC drama and first aired on 23 April 2021. Also, it premiers on the JTBC channel every Friday and Saturday at 23:00 KST. Moreover, this drama has 16 episodes and each episode is 70 minutes long. The Episode Schedule of the K-Drama ‘Undercover’:

Also Read: Who Is Seo Ye Ji Dating & Are The Bullying Accusations On Her True?