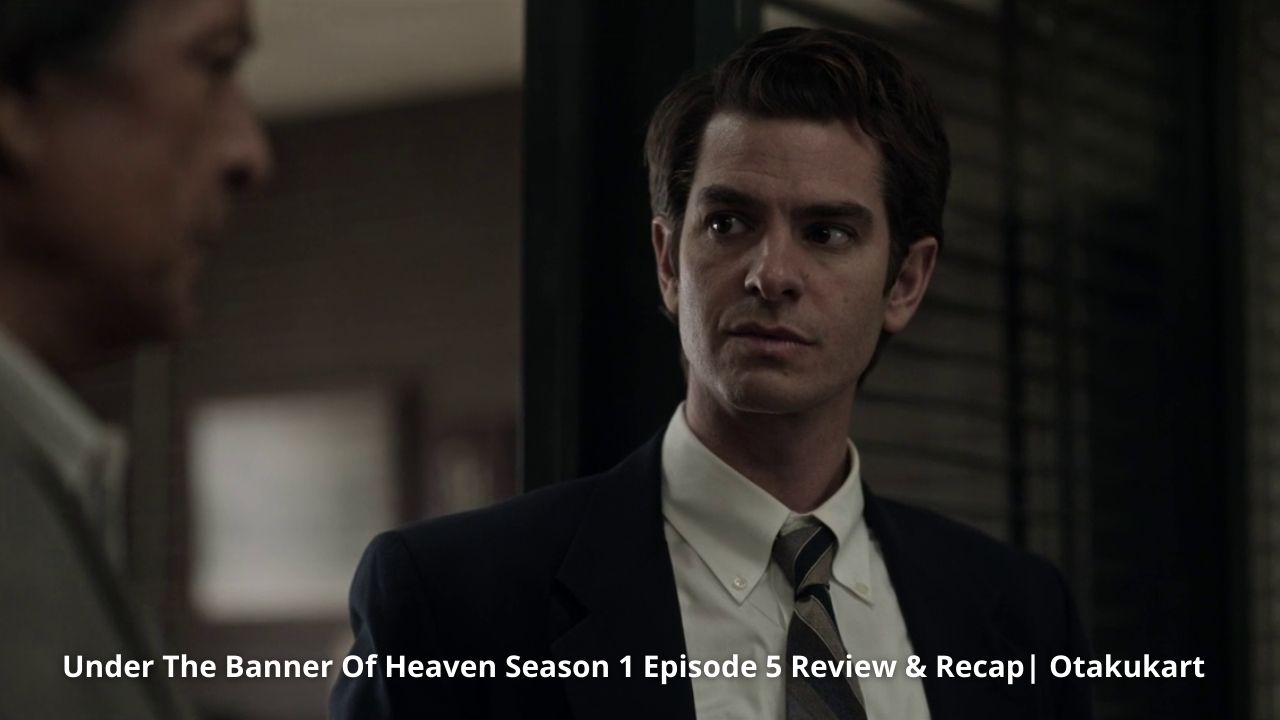 Under The Banner Of Heaven Season 1 Episode 5 sees the story of Lafferty’s receiving a darker turn. Last time on the show, the detectives learned a heck lot about Dan and how his ideas of following god’s ways influenced his brothers. This even saw him hoping to reinstate the practice of Polygamy. For the most part of the episode, detectives believed Dan could possibly be the murderer until the story took a new turn.

Two boys came telling the Detectives about a car that was parked near the Lows. The car belonged to Ron. Pyre further found out that Dan managed to influence Ron, who initially adhered to federal laws. Now there was a solid chance that somehow Ron is involved in these murders with the fact that Brenda had helped Dianna write a letter against the teachings they were following. Will the fifth episode of Under The Banner Of Heaven confirm this? Let’s find out.

Under The Banner Of Heaven Season 1 Episode 5 Recap

Under The Banner Of Heaven Season 1 Episode 5 opens up with Sam claiming that he is the one but the blood found on the body has a different story to tell. The blood belongs to a squirrel. While Sam continued to blabber, he also mentioned the School of the Prophets. Talking to Robin Jed, receiving the name of Bernard Brady.

Amidst all of this, the cops had managed to locate the Lows. The Lows came to tell that the church had excommunicated Ron and Dan. But this ex-communication had nothing to do with the path they were following. In a more horrifying incident, Dan had tried to marry one of his daughters, which saw the church taking this move.

Matilda was against this and plotted an escape for her children. At this point, they are somewhere away from another Mormon family. The Lows also revealed the domestic violence Dianna was going through and how Mrs. Low had told her to dedicate her life to her priest holder. But she still came back with more bruises, and Mr. Low helped her with money and had asked her to find safety.

Talking to Brady saw the detectives finding out more about this School Of Prophets, a list of people who will face eternal consequences, and a place called “The Farm”. Allen further gave the detectives a layout of the farm and claimed there can only be one Prophet.

Searching the farms saw Detectives discovering three Canadian girls brought by Onias and Ron’s shirt with a yellow note that has a list of names. This was a list of people who were against God’s path Dan & Ron believed in.

Brady further told Pyre that Ron is far more capable than just domestic violence. Ron’s mother saw him as The One Mighty and Strong. He believed he was the one Prophet the world needs. Now Pyre believes that the note was left intentionally. Ron wants the world to know that he is fulfilling what God wants, and they should acknowledge him as the true prophet.

Under The Banner Of Heaven Season 1 Episode 5 Review

Under The Banner Of Heaven Season 1, Episode 5 takes a far more horrifying turn than what we have seen before in the show. For the first half of the episode, it was all about the Ron and Dan going far further into their beliefs. The show picks up Ron once again as the more sinister individual among them as he aims to be the true Prophet.

The show certainly brought quite a horror element right now, but at the same time, the length is really concerning. Especially with the fact that show is just delving into the past rather than giving a development into the case.

The only good thing about going around the same topics is the fact that it’s getting darker and scary. Something to keep a note of. The connection the show formed between Brigham Young and Ron was cool. But at the same time, we wonder if reenacting the past events was necessary as well.

Lastly, the pace is an issue as the show has continued to move slowly rather than picking up the pieces quickly. Right now, Jed is facing a far more sinister Ron who literally challenging them, it seems, and we wonder what steps Jed will be taking on.