Strap yourselves in for an emotional story of a failed musician whose life revolves around his nephew who suffers from a compulsive disorder. 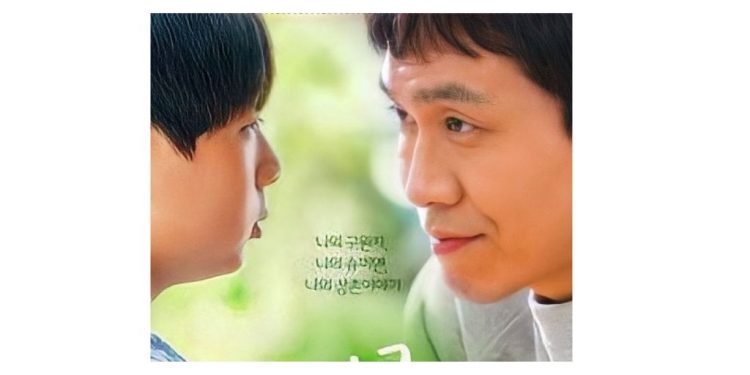 One week to go, and Uncle (2021) will be airing. Actor Wang Joon-Hyeok, a failed musician who has already lost his money in debt and betrayal. Uncle is a South Korean web series that portrays the ups and downs of his life and how he still manages to live his life to the fullest. Uncle is a remake of the American web series Uncle(2014). Lee Kyung Hoon, an 11 years old child actor who is playing the role of Joon-Hyoek’s nephew, has worked in many web series like Memorist (2020) and The Wild Blows(2019). Uncle shows us an extraordinary bond between him and his nephew.

The way Wang Joon-Hyeok deals with Min Jee Hoo and his Obsessive-Compulsive Disorder is very eye-catching. He broke his relationship with his older sister Joon Hee when her son appeared before him. Joon-Hee divorced her husband because he used to physically harm her after 12 years of their marriage. While Joon Hee is facing her custody of her son against her ex-husband and his mother, Wang Joon-Hyeok looks after her son Min Ji Hoo. Yet, when Joon-Hee’s life is at the lowest, her brother is the only person who turns up to help her. In this article, we will be telling you all the details you need to know about Uncle 2021.

Uncle (2021) Episode 1 will be airing on 11 Dec 2021. The timing for the show is 21:00, according to the Korean standard time. For international viewers, the timings are – 12:00 pm in the United Kingdom, 7:00 am in the United States of America, 11:00 pm in Australia, and last but not least 5:30 according to the Indian standard time. Uncle (2021) episode 1 will be approximately  45 minutes long and will have 18 episodes. The web series will be released every Saturday and Sunday.

Uncle (2021) Episode 1 Will be officially premiering on Rakuten Viki. As a result, the series is a remake of the American web series Uncle, viewers are excited to watch Uncle (2021) as the cast and lineup were disclosed in may on Otakukart. The series has become a sensational topic on Twitter after the announcement. Fans are posting pictures of Wang Joon-Hyeok and Min Joo Hee.

Both Joon-Hyeok and Min Joo have become the cutest duo on the internet. And the huge love triangle or love tree of Joon-Hyeok and others, his nephew, Park Hye Ryeong and Jun Hee.

Oh Jung Se will be playing the role of Wang Jun Hyoek, the main lead ‘uncle’. Jun Hyoek gets scammed by some companies and people and gets left with nothing. But after a few years, his life takes a U-turn as his 12 years old nephew enters his life. His life becomes happy and stable.

Jeon Hye Jin will be playing the role of Wang Jun-Hyoek’s sister, Hwang Jun-Hee. She is a divorcee, her abusive husband used to assault her physically. After 12 years of marriage Jun-Hee and her husband finally decide to get separated. She has 12 years old son Min Ji Hoo.

Park Sun Young will be playing the role of Park Hye Ryeong. She is a resident of an expensive building called Royal State. It is a symbol of real-estate development in Seongjak-gu. She leads a community of mothers. Because of her beautiful face and attractive personality, Park, Hye Ryeong is always on a hot topic amongst all other mothers.

Lee Kyung Woo will be playing the role of a 12-year-old child Min Ji Hoo, who is suffering from Obsessive-Compulsive Disorder and anxiety disorder. Min Ji is Jun Hee’s son and Wang’s nephew.

Hwang Woo-Seul-Hye, who will play the role of Kim Yoo-Ra. She is another resident of the expensive building and is a member of the mother’s community. She admires Park Hye Reong and always tries to be in her good books.

Lee Sang Woo will be playing the role of Joo Kyeong II, a single father living in the Royal Estate with his daughter. He is very sweet.

Wang Joon Hyoek goes through the hardest time alone and wants to end his life. He writes a letter to his girlfriend and keeps it on the table. Joon has broken his relationship with his sister Wang Joon Hee, who is a divorcee. Joon Hyoek has no money left as he got cheated on by companies. He is a musician by profession, a failed one.

Joon Hee contacts her brother Hyoek whenever she needs any help. She asks him to look after her son Min Ji who is an OCD patient, while she is fighting custody for her son against her ex-husband and his mother. Although both Joon Hee and Hyoek we’re drifted apart, it never affected Min Joo. Hye Reong is a resident of the expensive apartment complex Royal State. She is the president of the mothers’ community at the apartment complex and is admired by the other mom members.

Kyeong II is a resident at Royal State. He has a charming personality. After his wife died, he raised his daughter all on his own. As we move forward, viewers will see the change in the life of Wang. Min Ji stays with his uncle, and he is attached to him. Wang picks up his nephew from school daily and brings him back home.