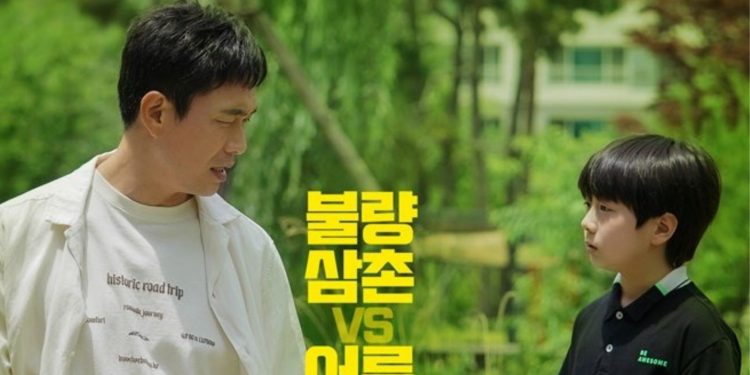 ‘Uncle’ is a 2021 Korean television series based on the 2014 British sitcom of the same name. It stars the actors Oh Jung-Se, Jeon Hye-Jin, Lee Kyung-Hoon, Park-Young, Lee Sang-Woo, and Lee Si-Won. With a solid cast and great storyline, ‘Uncle’ had a lot of K-drama fans excited. The drama tells the story of an unemployed and irresponsible man who was once a well-known musician. It delves into what happens when he reunites with his nephew and sister, who he has not seen in ages.

‘Uncle’ received much anticipation from fans, mostly due to Oh Jung-Se taking up the lead role. He has displayed remarkable acting in multiple widely diverse roles. His versatility has gained him a spectacular reputation amongst K-Drama fans. The 2020 rom-com drama ‘It’s Okay to Not Be Okay’ gained him widespread recognition. He plays ‘Moon Sang-Tae’, the autistic brother of the main lead. Jeon Hye-Jin, who plays the role of his sister in the drama, is also a well-known actress. Many viewers loved her performance as ‘Song Ga-Kyung’ in the 2019 drama ‘Search: WWW’. It was a strong role where she was the Director of a company. Let’s jump into the details of the drama to see what makes it so enticing

The Cast of ‘Uncle’

As mentioned above, the cast of the drama is pretty well put together. The lead actors have had vast experience in the industry already, and this fact is definitely evident on the screen. Here are the main characters of the show.

Oh Jung Se takes the role of the main lead ‘Wang Joonhyuk’ in this drama. He is the uncle who the series revolves around mainly. Wang Joohyuk used to be a known musician in his youth. However, since an incident involving his sister took place, he lost all his money and his luck. Since then, his life has gone downhill, and he ends up in a messy state. When his sister, Joon-hee, reaches out to him after years of no contact, his first reaction is to refuse even to talk to her. But when she brings up his nephew, Joonhyuk finds himself unable to sit back. Upon finally reuniting with his sister and nephew, Joonhyuk’s life changes completely.

Jeon Hye Jin is Joonhyuk’s older sister, Wang Joonhee. She marries into a rich family and has a child who is named Jihoo. Joonhee suffers abuse at the hands of her in-laws. She resorts to using alcohol as a coping mechanism. After trying to hold out and fight back multiple times, she eventually divorces her husband. However, it is not easy for her and Jihoo to escape him or her mother-in-law. Joonhee plans out things very carefully and rents a new apartment while also arranging for Jihoo to join a new school. The drama does a fantastic job of portraying the life of a freshly divorced woman and her struggles in the middle class.

Lee Kyung Hoon plays the role of Min Jihoo, Joonhee’s son and Joonhyuk’s nephew. He is a quiet yet brilliant child. Jihoo has a talent when it comes to music and wants to be a musician when he grows up. His mother chooses the new school for him because it is autonomous and allows children to focus on the extracurricular they want to. Jihoo’s childhood is greatly impacted by the treatment he received from his father and grandmother. The abuse he suffers from his mother at their hands leads him to develop anxiety and OCD behaviors. He is definitely mature for his age but at the cost of something terrible.

The plot revolves heavily around how Joonhyuk begins to care for his nephew and gets protective of him. They begin to develop a warm bond that strengthens with time. The problem is not just Jihoo’s grandmother and his father, who are trying to hunt him down to get custody, but also the neighborhood they live in. Their apartment is right next to a residency called ‘Royal State,’ where a lot f rich people live. They regard people who rent apartments next to them with disdain. The mothers of this residency have a club called the ‘Royal Momvely’, which is headed by Hye Ryung, who is also called ‘Diamond’. This club tries to make changes at the school their children attend or other reforms that benefit them solely. They get into clashes with Joonhee and Joonhyuk often.

Where to Watch ‘Uncle’?

‘Uncle’ is available for streaming on Viki. It premiered on 11 December 2021 and will air till 30 January 2022. ‘Uncle’ airs every Saturday and Sunday on TV Chosun. The next episode airs on 25 December, so make sure to catch it!

Also Read: The Intruder’s Motive Is Revealed in Episode 6 of ‘Uncle’