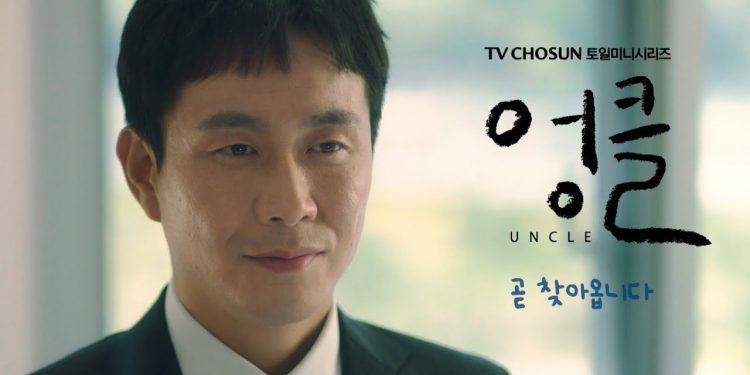 Episode 11 of ‘Uncle’ will take show us how things unfold upon Hyeryung’s return. The viewers were right in their speculations that Hyeryung will return stronger as it seemed too early for all issues regarding her to be cleared up so quickly. Hyeryung is definitely stronger this time as she has the support of Jihoo’s grandmother. The only reason she was able to get out and gain as much power as she did was because of her.

Hyeryung’s return was as dramatic as her. It was shown that she will now reside in the penthouse of the residency. It is very clear that she plans on exerting force in all the wrong ways on some people. The previous episode saw her seeking out Joonhee. She brought up Jihoo and asked her how he was doing. Hyeryung tells Joonhee that only now does she know what it feels like to lose a child. This exchange shows us that Hyeryung will go to extreme lengths to cause damage to people she does not like. It was also revealed that she was the one who guided Jihoo’s grandmother on how to obtain him.

Also Read: Park Bo Gum’s Net Worth: A Look At The Life Of Nation’s Prince Charming!

When Jihoo’s grandmother is revealed as the school’s sponsor in an assembly, Joohee secures Jihoo to make an escape. Joonhyuk assists them both, and despite her ex-husband’s efforts to stop them, they manage to make it out of the school premises. However, he manages to stop Joonhyuk for a talk and tells him that he wants nothing else. Joonhyuk is surprised at how he doesn’t attempt to force anything. When Joonhee gets a call from her mother-in-law later, she finds out that one of the servants at their house spilled all the beans on her plans. She is now aware that nothing she had planned is a secret anymore. This puts Joonhee at a lot of risk.

Joonhyuk gets signed by a label.

Like a miracle, Joonhyuk gets a call from a label that seems interested in signing him. Hwaeum visits the label with him and Jihoo, and they have a thorough look at the contract. They want him to make a comeback as J.King and are ready to give him 50 million won as a signing bonus. Joonhyuk is extremely happy. It is almost like a dream come true to him. After asking Kyungil to take a look at the contract. He signs it and is in happy spirits.

As things turn sweet between Kyungil and Joonhe, he proposes marriage to her. Beyond that, he asks her if she’d be okay with moving in. This proposal is rushed due to the fact that Kyungil witnesses how threatening Joonhee’s mother-in-law is. He asks Joonhee to get married so that a year later, he can act as Jihoo’s legal guardian. Kyungil also gifts Joonhee insurance. He tells her that it is necessary when they are of the age they are, and it creates more stability. All is going well till Joonhee’s ex-husband steps in and warns her against Kyungil. He tells her that Kyungil is a murderer who murdered his late wife for insurance money.

Jihoo ends up in the hospital

While celebrating Joonhyuk’s comeback as an artist and J.King, a grave incident occurs. Hwaeum plans a party at the Hot Bar and invites people to celebrate the occasion. Joonhyuk has no idea about this surprise party and is taken over with joy when he finds out. Amidst the celebrations, Jihoo accidentally eats something that causes him to collapse. When Joonhyuk rushes him to the hospital, he finds out that it is alcohol-induced asphyxiation. Joonhyuk is filled with sorrow at how he could not look over him properly.

What to Expect From Upcoming Episodes?

The upcoming episodes promise us a lot of drama. With the complicated situation, Joonhee and her family are put in, things are bound to get difficult. The fans are all excited to know what will happen in the next episodes now that Hyeryung is back.

Episode 11 of ‘Uncle’ will be released on January 15, 2022. Jihoo’s grandmother seems to be playing a nasty game. However, Joonhee and Joonhyuk will not stay still this time. All eyes are on what Joonhee’s in-laws will do next.

Where to Watch ‘Uncle’ Episode 11?

Uncle is available to be streamed on Viki. As the series draws to its end slowly, the fans are curious about many things. Most want to know the truth behind Kyungil as well. Stay tuned to find out what he’s actually up to!