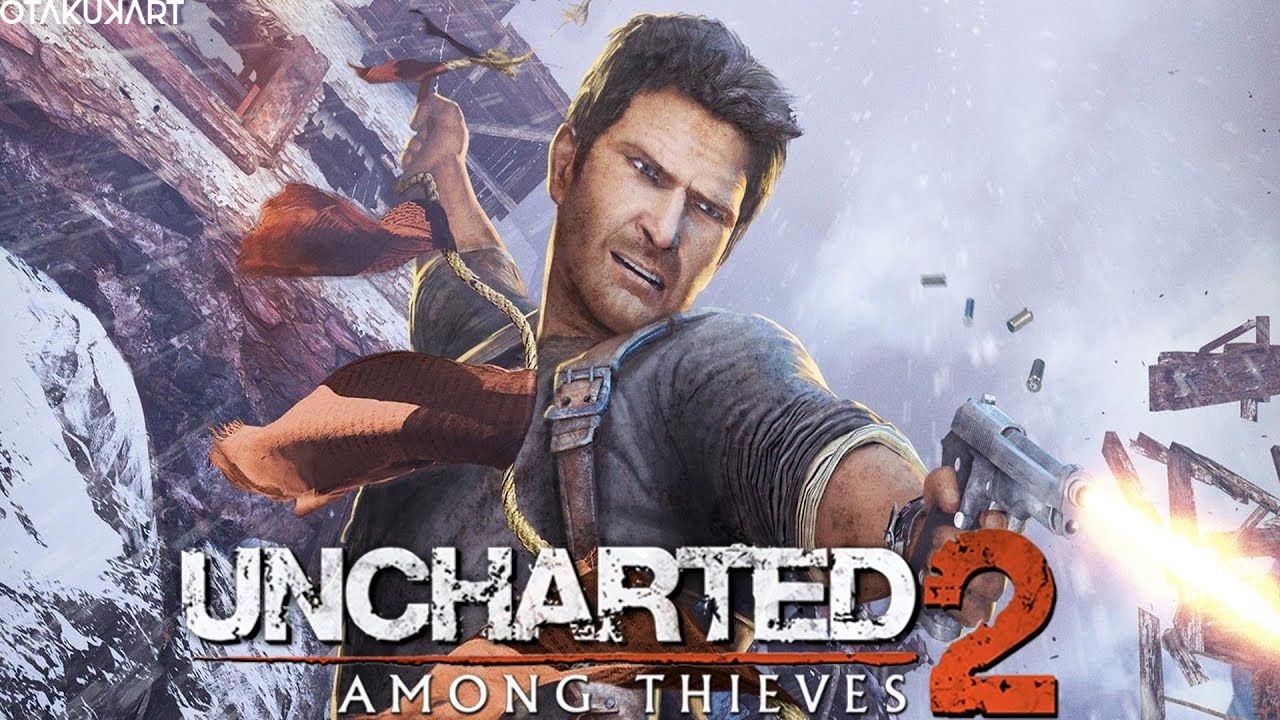 Uncharted 2 is a 2009 release under the series of Uncharted. It is an action-adventure creation of the developers, Naughty Dog, and it was published by Sony Computer Entertainment. If you have played all the games under uncharted, then you must have noticed that the makers never disappoint in terms of plot. Similarly, Uncharted 2 has an amazing plot with hundreds of twists and turns with a pinch of thrills. The Uncharted 2 ending explained is such a demanding piece.

As a result, players helped it to win the Game of the Year title. Also, it sold six million copies, and the features, gameplay, character designs, and everything got wonderful comments worldwide. All these good things motivated the makers to make another one, and we got a new game, Uncharted 3, in 2011. Well, let’s get back to the Uncharted 2 ending explained. Also, in this article, you will get the complete story in brief with the Uncharted 2 ending explained.

Before Uncharted 2 Ending Explained, let’s first understand the beginning of the plot. So, we see Nathan Hanging off a cliff with the help of a destroyed train which was hanging too. But Why? There’s a flashback. Four months earlier, Harry, Chloe, and Nathan were planning to steal a lamp that was kept on high security. Later Chloe, who was Harry’s girlfriend, came to Nathan, and they started planning to ditch Harry. The next day, all three of them reach a museum in Istanbul. The boys somehow took out the lamp and got a map. This map showed them the location of Cintamani Stone, a wish-fulfilling stone. Harry betrays Nathan after knowing everything mentioned on the map.

All the security forces arrest Nathan, but after three months, Chloe and Victor help Nathan to get out of jail. She says that Harry wasn’t able to find the stone, but he is behind it with some special forces too. Now, these three make a plan, and somehow, Nathan finds a truly different story of Cintamani stone. That was, Cintamani Stone never left its original place, Shambala, and the previous map was quite wrong. They took off for the mountains of Borneo, and they came across dead bodies of around 600 people. Also, they found a golden pass or emblem that they had to use to enter a temple that is in Nepal. Now, they leave the place and meet back in Nepal. But then things get a bit challenging as there is an announcement that if Nathan is spotted, then he must not be alive. 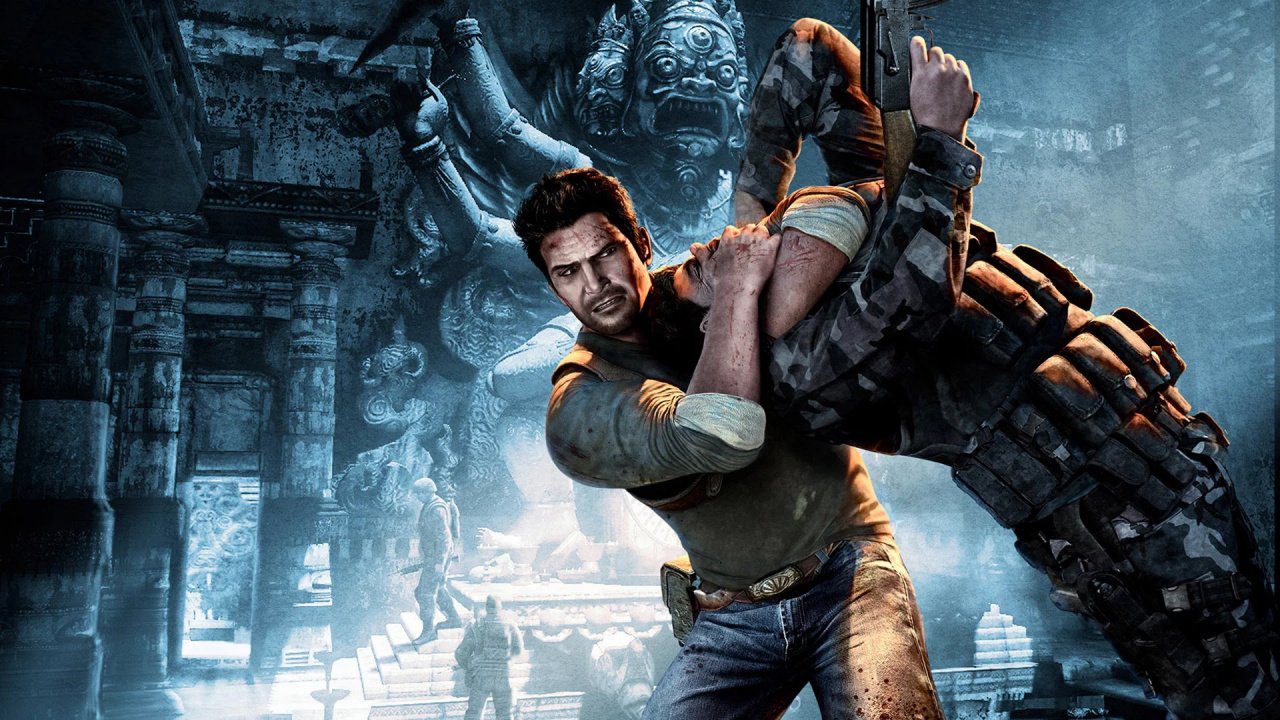 Just then, a chopper attacks Nathan and Chloe. Now, Nathan meets his previous girlfriend, Elena, who is in Nepal to arrest Zoran, a criminal and Harry’s partner. Chloe starts hating Elena as she gets to know that she was an ex-girlfriend of Nathan. Chloe was jealous, and she hated when Nathan agreed with Elena in one situation. As Harry enters the scene, Chloe immediately joins Harry. And as Nathan was escaping, he jumps on onto a running train where Chloe entered, and they had a fight; just then, Harry shoots Nathan. They fought quite dangerously. Now, let’s get back to the beginning, here, the train crashes, and Nathan falls off.

Nathan didn’t leave the emblem behind. Well, he was about to die because he was highly injured. But, a village saved him. Also, he meets Elena there, and he says that he no longer ant to search the kingdom of Shambala. But, Elena lets Nathan meet a german explorer who tells them more about the Cintamani Stone and also how he lost his friends. He instructs Natan to try again and also find his friends. But, Zoran and his team attack the village.

As the emblem was with the german explorer, they kidnapped him. Elena and Nathan follow Zoran and all of them somehow get to the place where they could have found the stone. But they discover that no Cintamani Stone exists in reality. They were certainly finding raisins, and it was liquidity under a tree. Nathan saw that Zoran already drunk a few raisins. Also, his bruises disappeared. Nathan fires on Zoran, but nothing happens to him. Now, as Zoran moves further to kill Nathan, the Guardians of that kingdom kill Zoran. 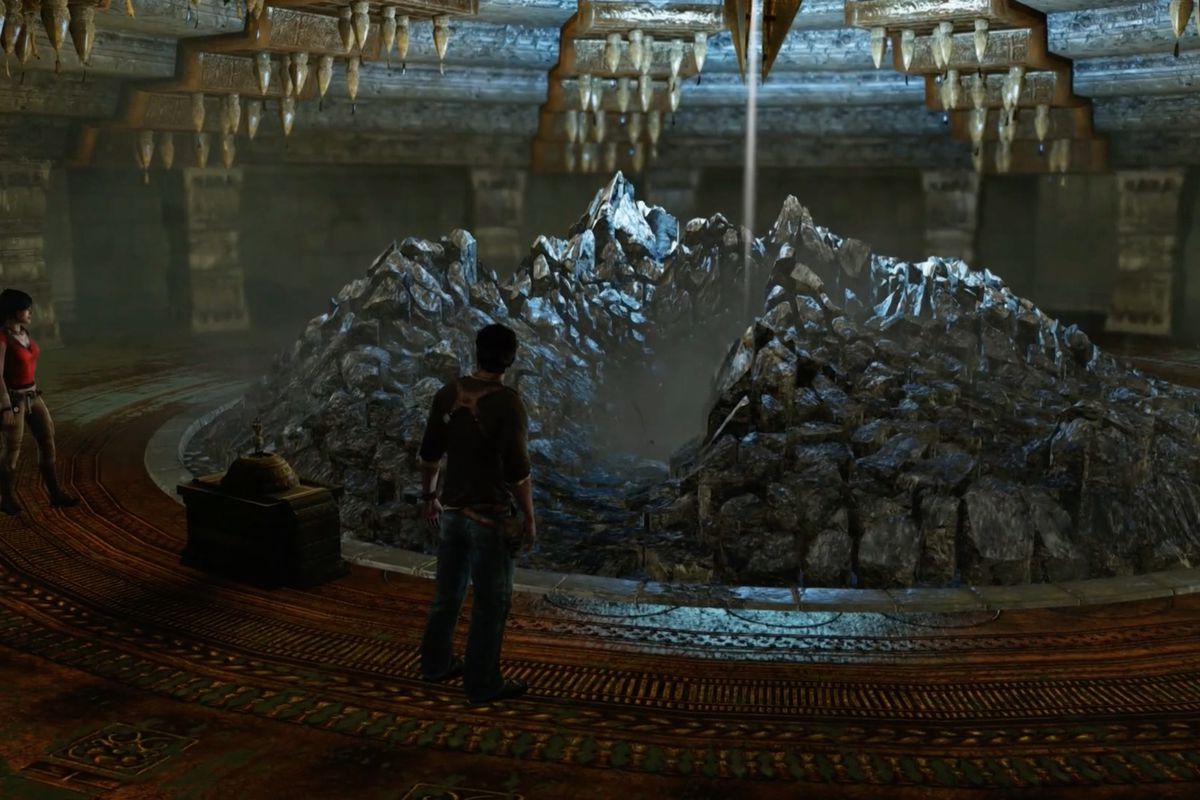 So, what exactly happened is that all of them were certainly finding raisins that were capable to immortalize a man. But, all the maps and stories were fake, and these were made to save these raisins from evil people. Also, there were creatures and Guardians who were taking care of these raisins. Furthermore, there is something special between Nathan and Elena.