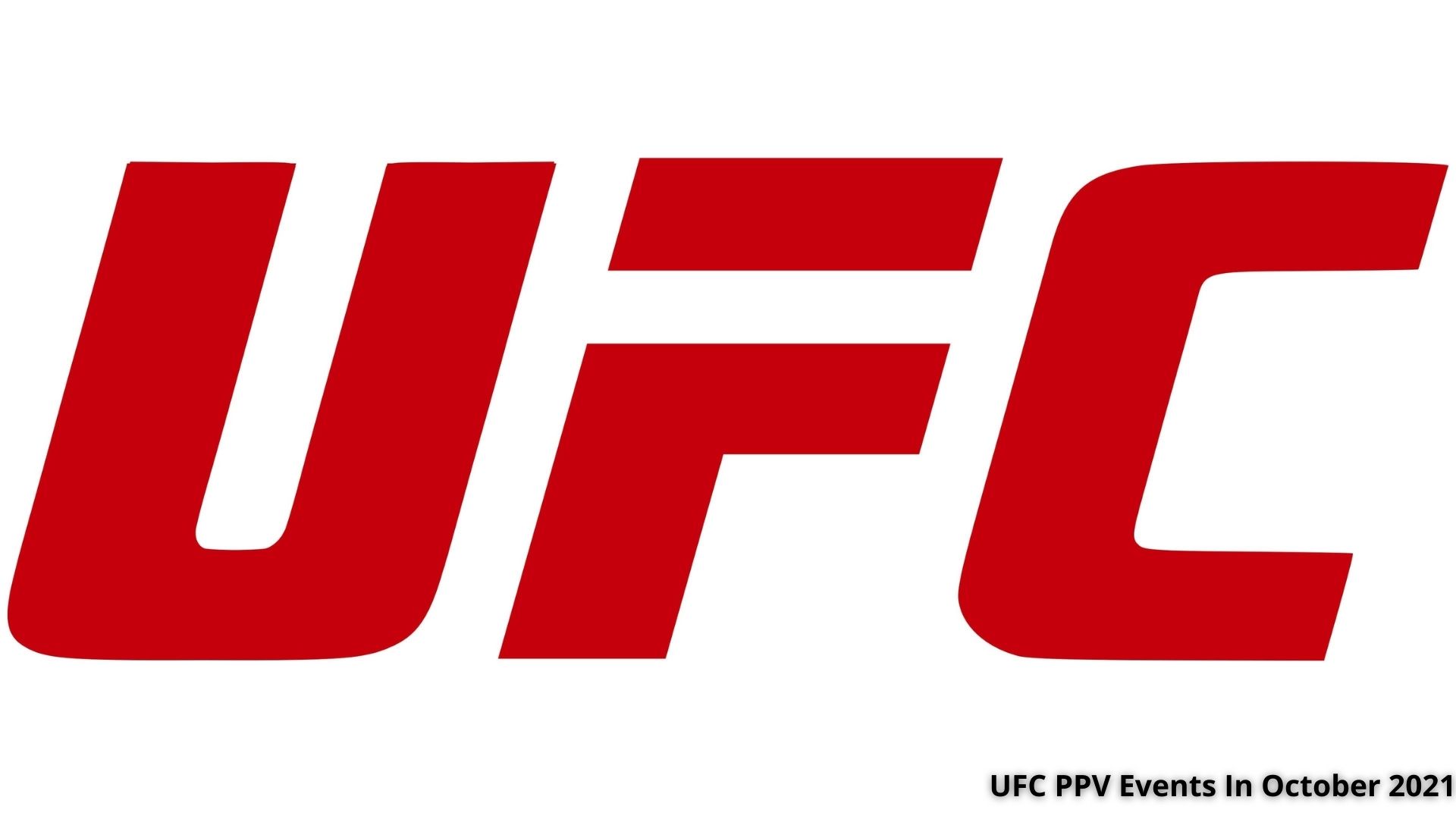 As we head into the October of 2021, UFC has lined up its pay-per-views featuring some big names and talented ones as well. At this point in time, the entire month sees the UFC pay-per-views taking place inside the UFC Apex in Las Vegas, Nevada. That will be until the end of the month, when we will head right to UAE to see the main event between Blachowicz and Teixeira. UFC light heavyweight champion Jan Błachowicz will be defending his title. Furthermore, he is not alone as UFC bantamweight champion Aljamain Sterling will also be up to defend it against Petr Yan.

Before we head to the big show, the other shows also have a lot of star power carrying around. The month is opening with Santos vs Walker. Then we have Dern vs. Rodriguez that will cover the first nine days of the month. Holm and Dumont take place almost at the center of the month. Then Costa vs. Vettori and Blachowicz vs. Teixeira closes the month. Amidst all of this, Dana White’s Contender Series also makes its presence felt as the fifth season carries on. Here is a complete look at the schedule.

So, here is the List Of UFC PPV Events Happening In October Of 2021: 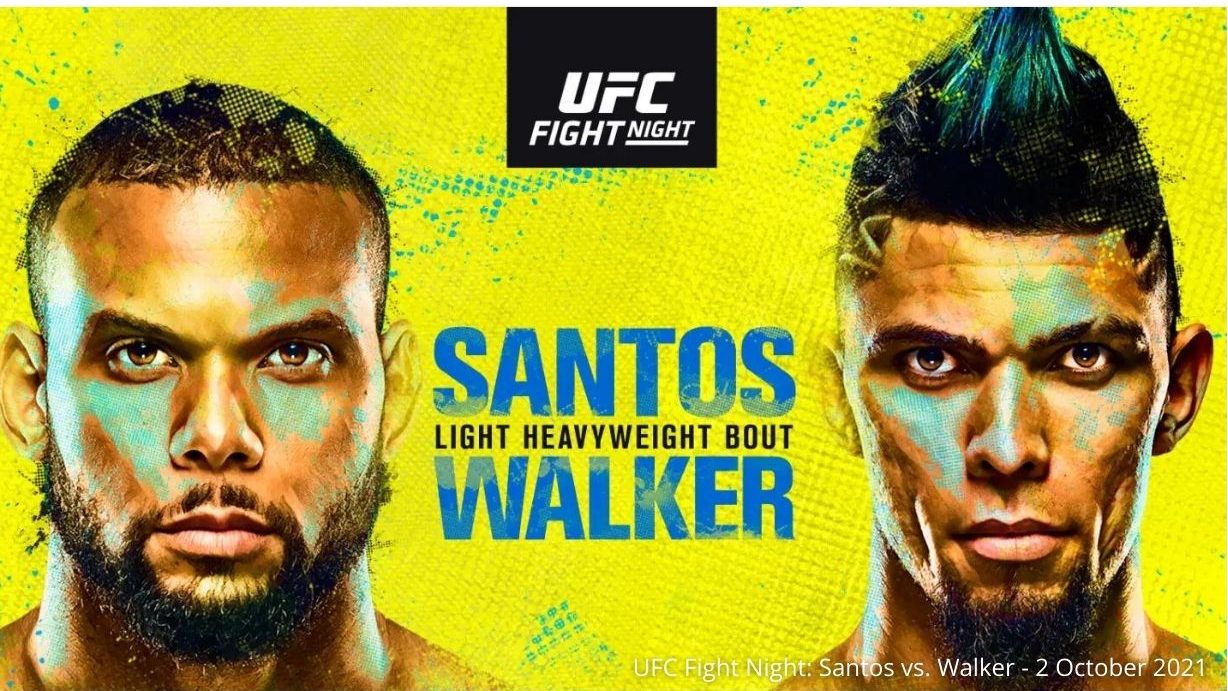 UFC Fight Night: Dern vs. Rodriguez takes place similarly at UFC APEX, Las Vegas, NV. It will begin its main card at 4 PM ET and will air on ESPN+. The main card, apart from the main event of Mackenzie Dern vs. Marina Rodriguez, also features a flyweight bout. It sees Tim Elliot going up against Matheus Nicolau. The preliminary card starting at 1 PM ET features a Bantamweight of Chris Gutiérrez vs. Felipe Colares and a Middleweight bout of Jamie Pickett vs. Laureano Staropoli. 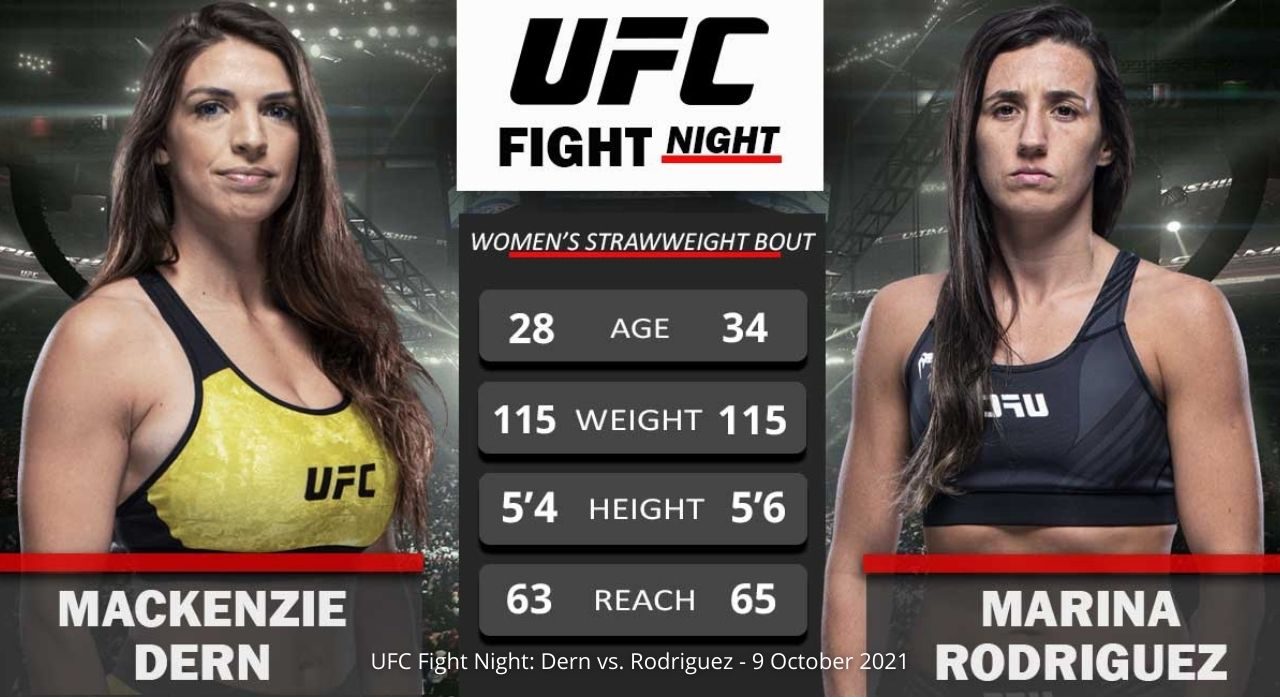 Dana White’s Contender Series: Season 5, Week 7 once again takes place at UFC APEX, Las Vegas, NV. It will air on ESPN+ at 5.30 am. The lightweight bout of Anton Turkalj vs. Kaloyan Kolev serves as the main event. Apart from that, the card also features a featherweight bout between Xie Bin and Olivier Murad. Then there is a  Women’s Strawweight bout between Silvana Gómez Juárez and. Maria Silva. At Bantamweight bout featuring  Christian Rodriguez vs. Reyes Cortez and lastly a Heavyweight bout featuring Hugo Cunha vs. Martin Buday.

UFC Fight Night: Holm vs. Dumont is the UFC event that takes place right in the middle of October of 2021. The venue remains the same at UFC APEX, Las Vegas, NV, again. The main card begins at 6 pm ET, airing on ESPN+. Apart from the main event of the evening featuring Holly Holm vs. Norma Dumont in a Featherweight bout. The event also features a heavyweight, a welterweight, and a middleweight bout. The heavyweight bout features Andrei Arlovski vs. Carlos Felipe. The welterweight sees Danny Roberts against Ramazan Emeev. Lastly, the middleweight bout sees Andrew Sanchez going up against Bruno Silva. 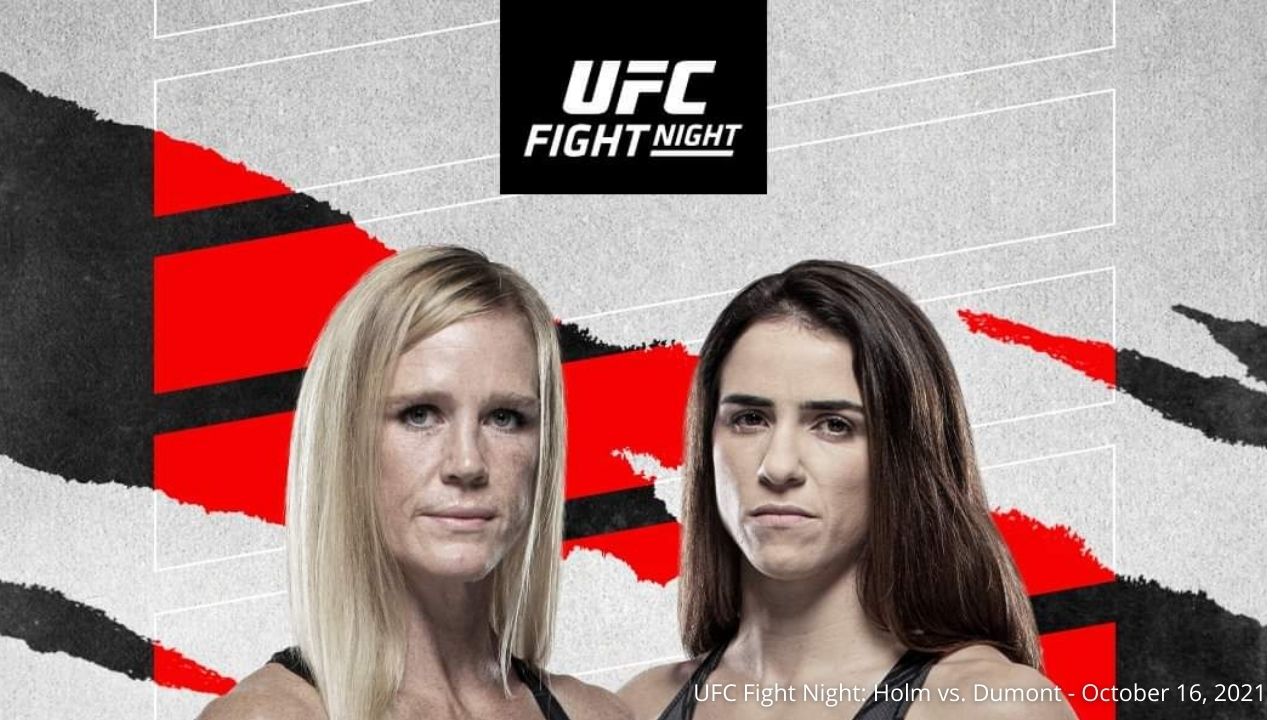 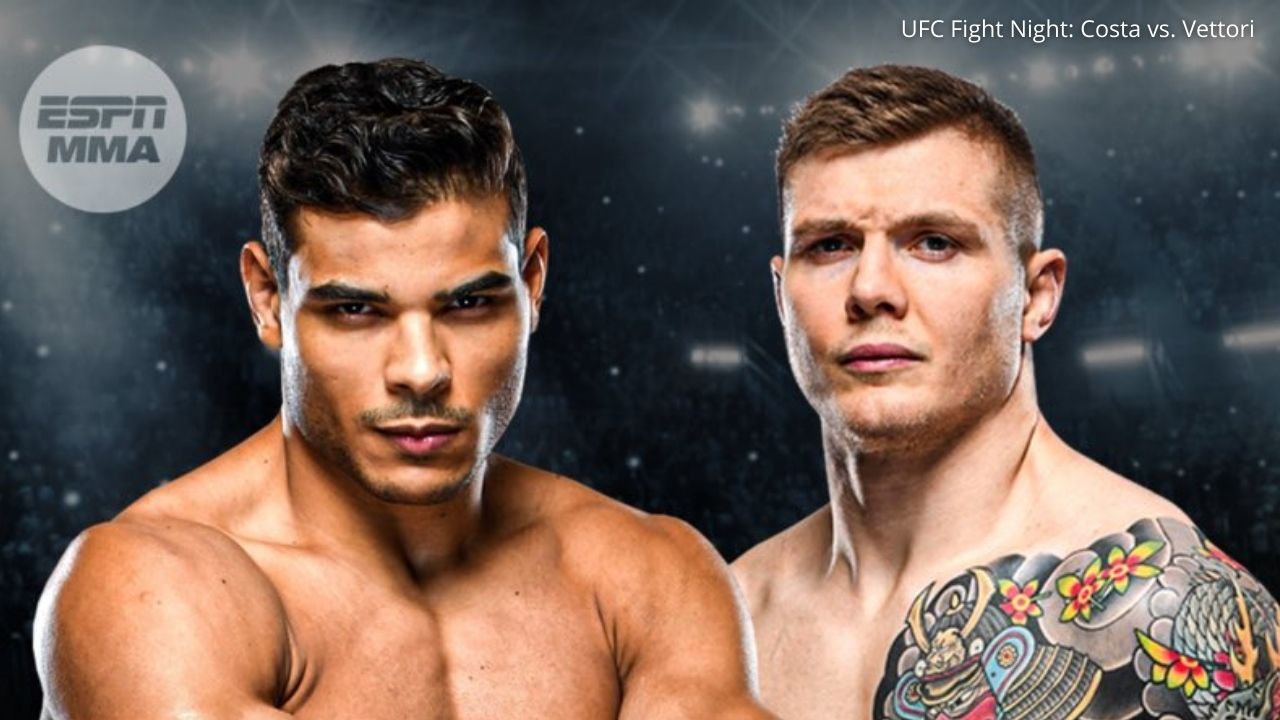 The UFC 267: Blachowicz vs. Teixeira will mark as the final UFC event for the October of 2021. It is taking place at Etihad Arena, Abu Dhabi, United Arab Emirates. The main card begins at 8:30 PM. Apart from the main event of Jan Błachowicz (c) vs. Glover Teixeira in a Light Heavyweight Title bout. The card also features a Bantamweight title bout of Aljamain Sterling (c) vs. Petr Yan. Then a Light Heavyweight bout featuring Magomed Ankalaev vs. Volkan Oezdemir. A Heavyweight Alexander featuring Volkov up against Marcin Tybura. A Welterweight bout featuring Li Jingliang vs. Khamzat Chimaev. 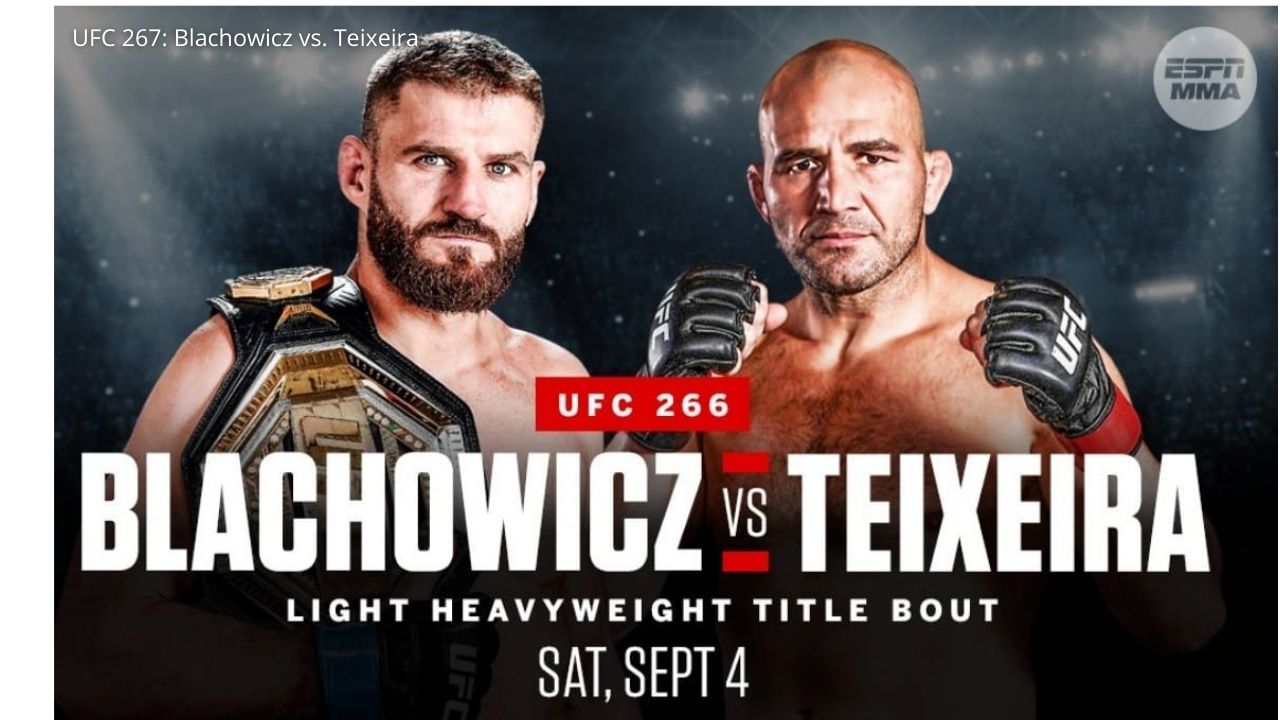