UFC Fight Night 2021 is back, and this time with Barboza vs. Chikadze headlining the show. Both the featherweights have been building themselves lately. One right from down there after losing to some of the biggest and toughest names in the game. The other who is having an impressive streak of wins way too quickly. Thus many have adored him and became a fan favorite of his. Now both of the players have picked up their game from ground zero and are not looking to back down. So who do you have got your bets on?

Here we are breaking it down on how UFC Fight Night 2021: Barboza vs. Chikadze looks like coming this way. While the main event does have attracted many eyeballs, there is much more to the show. The Return of The Ultimate Fighter: Team Volkanovski vs. Team Ortega season finale is expected to be one of the major parts of the show. These will feature tournament finals for both the middleweight and bantamweight divisions. Many of the other matches were scheduled and scrapped for the event. But here is what the final Main as well as the preliminary card for UFC Fight Night 2021: Barboza vs. Chikadze looks like. 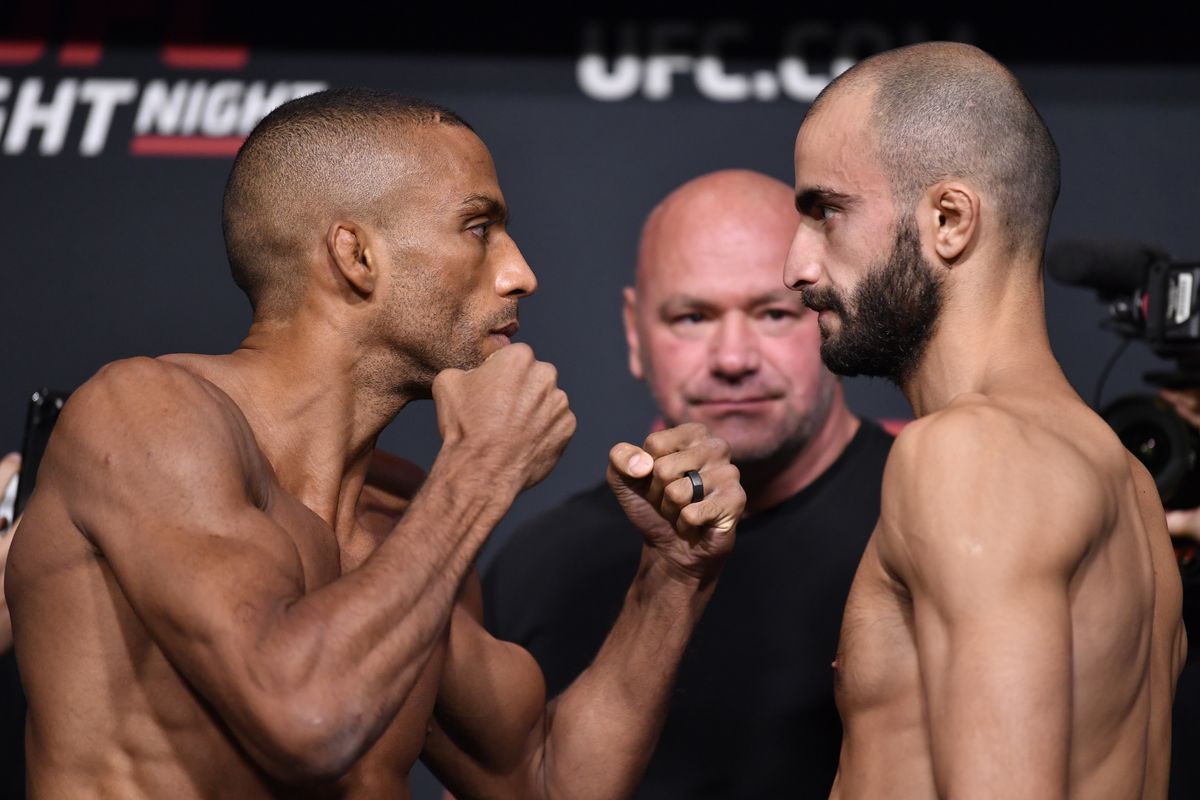 Lastly, of course, the main event of the show. We have Edson Barboza standing on rank No.9 on UFC Featherweight rankings going on against the No. 10 Giga Chikadze. The last time we saw Barboza, he took on Shane Burgos on May 15, 2021, at UFC 262. He won the fight with a knockout in the third round and walked away with a $75,000 Fight of the Night bonus award. If Barboza manages to get a win over Giga Chikadze, it will be his third consecutive win in a row. He is building himself up since his losses with the likes of Khabib Nurmagomedov, Justin Gaethje, and Paul Felder. So definitely, it was tough initially, but Barboza has picked himself up and won’t be looking to back down from Chikadze, who is yet to face the same competition.

Talking about Giga Chikadze, last time we saw him taking on Cub Swanson on May 1, 2021, at UFC on ESPN 23. He took the win in the first round itself. He gave a technical knockout with a kick to the liver. Chikadze walked away with a bonus of the Performance of the Night award. Unlike Barboza, Chikadze is yet to see a bigger competition, and  Barboza might just be the beginning of it. So far, so good, the back-to-back victories with a TKO have defined Chikadze’s career. So he has got an impressive score to keep up with. Now the question remains how it goes down for both and who carries their victories forward.

Also Read: Why Was Addison Rae Fired From UFC: Reasons Behind Her Dismissal

UFC Fight Night: Barboza vs. Chikadze Release Date and How To Watch?

UFC Fight Night: Barboza vs. Chikadze is releasing on August 28, 2021. The main card airs on ESPN and ESPN+ at 10:00 p.m. ET. If you are looking forward to the prelims as well. The prelims will start airing at 7:00 p.m ET on ESPN2 and EPSN+. The scheduled timings and channels may differ according to your country’s timezone internationally. From The Promo For UFC Fight Night 2021 Barboza vs. Chikadze

You can also watch UFC Fight Night: Barboza vs. Chikadze through ESPN+ online. All you need to have is an ESPN+ subscription which comes around for $5.99 per month or $59.99 per year. Another way to buy the same subscription is through the Disney+ Bundle, which comes with Hulu and ESPN+. This plan comes for around. $13.99 per month. Check out the preview for UFC Fight Night: Barboza vs. Chikadze below.