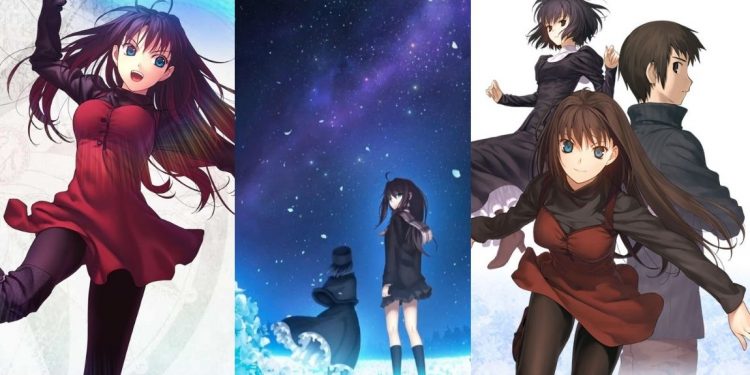 The year 2021 is about to end, and we shall all remember all the hardships and situations we faced this year. But with the new start of the new year, we are going to celebrate this moment with some new releases of the series. So, far we know that there is going to be a ton of new anime this coming year, but here we are to discuss a particular anime adaptation that goes by the named Witch on the Holy Night. Witch on the Holy Night is in rumors for getting an anime adaptation based on the manga, so it’s time to find out if the rumors are true.

Mahotsukai no Yoru, popularly known as Witch of the holy night, is known for being a visual novel from Japan. The novel was produced by Type-Moon and was released on 12th April 2012 for windows. However, it looks more like a game, and but without interaction with any player, the player has to spend time reading the dialogues and observing the related images. Most of the popularity of the games was due to its unmatched plot that follows a unique concept. That is the only thing that attracted the players along with the readers who are demanding to get an anime adaptation of the series, which is going to really good if it happens.

Let’s begin with the plot of the novel that made it so popular and successful. The storyline of the novel is set up in Showa Era in the late 1980s. In the town of Misaki, Japan, it was rumored that a mansion situated in that town is the home of a witch. A young girl named Aoko Aozaki loved the mansion and started learning sorcery and magic from the mage who is rumored to be with Alice Kuonji. Aoko was the heir of the family who was charged to supervise the land of Misaki Town. Therefore, Aoko ended up protecting it. During her time to watch for any intrusion or discrepancy over the land, she found that some intruders were getting into Misaki and disrupting the bounded fields. This triggered Aoko and led to a series of investigations by Aoko and Alice.

While they were looking for clues, they both were attacked by some puppets and mannequins, which led them to use their magic. While the showdown was going on, a civilian spotted this, which was not supposed to happen. They can’t afford to get witnessed by a civilian while using magic. As a result, a young boy who goes by the name Sojuro Shizuko was brought to the mansion and now stays with them. As the novel progresses, it is revealed that it was none other than Touko Aozaki – Aoko’s elder sister who was the intruder. She is said to kill their grandfather and is moving on to disclose the Aozaki family’s path.

Since you all have read the plot of the series above, you surely get to know that it is very interesting yet short. Therefore, according to the announcement by Ufotable Studios, there is going to be an anime adaption of the novel, but it’s going to be a movie and not a full-length anime series. The studio Ufotable is known for its previous works of Type-Moon developers. Both the organizations previously collaborated with each other for the production of Nasu’s Garden of Sinners. A total of eight films were produced in the time period of 2007 to 2013. Many well-known directors were included in this project, like God Eater’s director Takayuki Hirao and Fate/ Zero’s director Ei Aoki.

After the success of the series of movies, the studio was said to be indulged in the production of other movies like Fate/stay night visual novel’s Unlimited Blade Works route (2014), a second cour of the movie that was released in 2015, Garden of Sinners Film and Today’s Menu for the Emiya Family ONA series (2018). The recent work by the studio is reported to be Fate/stay night visual novel Heaven’s Feel Route film. Now finally, the recent announcements by the studio have confirmed the production of the movies.

Even though the studio Ufotable has confirmed the production of the movie, we are still unclear about the release date of the anime adaptation of Witch on the Holy Night. But the teaser for the movie is out with looks totally mesmerizing, giving us a clue about the quality of animation we are going to see in the movie.

The trailer of the movie shows the main character Aoko Aozaki and Alice Kuonji standing in the flower field, which is glowing. The trailer doesn’t show much of the plot but centers on the main characters moving on while the soothing piano melody plays in the background. Do give the trailer a check, after which you will surely add it to your watchlist. Make sure to stay tuned to get updated for the latest updates on the anime film “Witch on the Holy Night”.