The oldest member of TXT, Choi Yeonjun, is on Instagram. 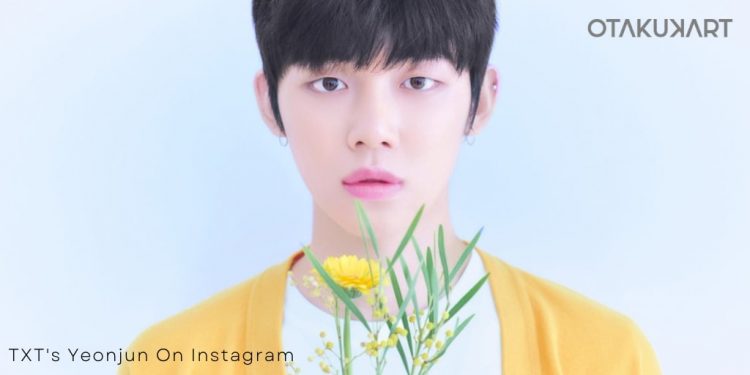 A little surprise has arrived for MOAs this new year with TXT’s Yeonjun opening his personal account on Instagram. Who would have thought fans would get a new way to be close to their beloved TXT members? It seems Yeonjun has decided to turn his life more colorful with the new year. After all, opening a personal account on social media platform is not the thing many kpop idols get to taste. Being on social media has its own advantages and drawbacks. Even the world-famous BTS members opened their personal Instagram accounts eight years after their debut.

As we all know, TXT is also formed under Big Hit Music (HYBE Label). Therefore, witnessing BTS and now TXT’s Yeonjun on Instagram, fans should get ready to welcome the other members as well. Maybe another surprise is waiting for MOAs! It will be great if all members of TXT join Instagram just like Yeonjun did now!

TXT’s Yeonjun Is On Instagram To Steal Followers’ Likes

On 6 January 2022, TXT’s Yeonjun gave a little surprise to his fans by opening his personal Instagram account. Truly, it was unexpected but, his little ‘Hi’ has made his fans’ day! After creating his account, Yeonjun shared his stunning photo dressed in a white turtleneck with a black full-sleeved sweater, looking extra handsome with a mid partition hairstyle and ear piercing. How can fans not follow him when Yeonjun is stealing their hearts with his breathtaking visual in a simple black attires?

Yeonjun is the first TXT member to have his own Instagram account and presently has 3.5 million followers. Also, his first post has earned more than 3.4 million likes in a few hours after he posted the photo. Currently, he is only following the official Instagram account of TXT.

Although his piercing gaze will raise your heartbeats, his adorable account name will make you cooed over him. Playing with wordplay, Yeonjun has named his Instagram account ‘Yawnzzn.’ If you haven’t noticed it, Yawnzz sounds like Yeonjun. What a creative way to name your account!

TXT: Know the Members of the 4th Generation Boy Band