TXT: Know the Members of the 4th Generation Boy Band

TXT is one of the biggest fourth-generation South Korean boy bands. Operating under Hybe Labels the group has cemented its name 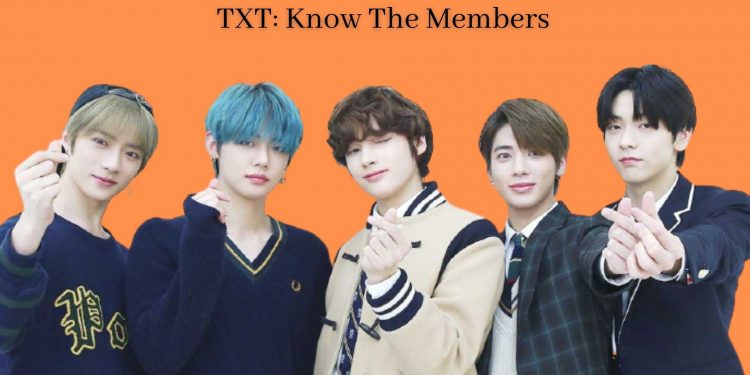 TXT is one of the biggest fourth-generation South Korean boy bands. Operating under Hybe Labels, the group has cemented its name in the history of K-Pop and is going to have the position for eternities now. They debuted in 2019, and since then, TXT and its members have won millions of hearts not only in the K-Pop arena but also in the global music industry. They are one of the most popular South Korean boy bands all around the globe and have produced some of the greatest tracks.

Their music is based on several music genres, which have made them popular in every arena. Ranging from R&B to Pop Punk, the music genres are in varieties when it comes to their music tracks. TXT members have given their all to the group, and every year they have reached new heights of success. With a label of emerging artists, the group has successfully built its name on every music chart and award shows.

The group’s teamwork is amazing, and the five boys are the heartbeats of several fans out there. They are not only the icons for today’s generation of youth but also a great inspiration. Here, we are going to introduce the TXT band members and point down everything about them. Therefore, let’s have a quick skim inside.

Lets’s go over the profiles of the TXT Members.

The 21-year-old Choi Soobin is the leader of TXT. He is globally recognized for his heavenly vocals and dimpled smile. He was the second member introduced by Big Hit Entertainment. Fans were thoroughly introduced to him through his appearance in the teaser video “Introductory Film ‘What Do You Do’? – Soobin”. It was released on January 13, 2019, and then his teaser photos too were released shortly.

He has completed his education at Kyongsu Middle School and then left the track behind to focus more on his music career. SOOBRANGDAN is his solo fandom name, and they are completely in love with the boy and his honey-like voice. Soobin has writing credits for TXT’s songs like “Maze in the Mirror” from the 2020 “The Dream Chapter: Eternity” album, “Ghosting” from “Minisode 1: Blue Hour,” and for a track from the 2021 album “The Chaos Chapter: Freezer”.

Also Read: Kpop Idols Born in January – Know About Them

The 22-year-old Choi Yeonjun is the second member of TXT. He is loved worldwide for his godly rapping skills and amazing style. He was the first of the TXT members to be revealed by Big Hit Entertainment. Fans were introduced to him through the teaser video “Introductory Film – What do You Do?”. It was released on January 10, 2019, and soon his teaser photos too were revealed on all social media platforms.

He auditioned for the Entertainment company with BTS’s hit song “Boy in Luv” and entered the company as a trainee in the year 2014. For continuous five years, he was put under heavy training and the point to be noted is that this was the longest amongst all Big Hit artists. Yeonjun was also known to be a trainee under Cube Entertainment before he auditioned for Big Hit.

He has also performed as a Special host for many music shows, including SBS’s Inkigayo and Mnet’s M Countdown. His CYSM Teaser has recorded over 300,000 views on YouTube and has remained at the first position as a music video trending worldwide.

Then he recorded the cover of “Song Cry,” originally by August Alsina, on April 17. The cover recorded over 200k streams and now has surpassed over 1 million streams on SoundCloud. His solo fandom name is MOAWAJJUNIE, and he has been titled the “it boy” of the fourth generation of K-Pop.

The 20-year-old Choi Beom Gyu is the third member of TXT. He is instant love for all the fans out there, and his amazing vocals are more than enough to make anyone weak. He was the fifth and last member introduced by Big Hit Entertainment. Beomgyu was unveiled through the teaser video “Introductory Film – “What Do You Do?” which was released on January 20, 2019. Soon enough, his photos too were released on various social media platforms.

Later, on January 29, 2019, “Questioning Film – What Do You See?” was released, which contained a new video of Beomgyu. In the video, it was revealed that his animal symbol is a butterfly and the morse code was HOPE. He has completed his education in the practical dance department of Hanlim Multi Art School. He is known to be an expert with the strings of the guitar, and thus rock music is one of his special skills. Moreover, just like most of us, he is also a BTS fan and is all smitten over them.

Also Read: Here Are The K-Pop Debuts and Comebacks of January 2022

The 19-year-old Kang Tae Hyun is the fourth member of TXT. With his bright smile, he has successfully hypnotized the entire fandom, and his heavenly voice is a bonus. He was the fourth member to be introduced by Big Hit Entertainment. The introduction was through the video teaser “Introductory Fil – “What Do You Do?”. It was released on January 17, 2019, and soon his teaser pictures too were out on social media platforms. Later, on January 31, 2019, the video “Questioning Film – “What Do You See?” was released, which revealed Taehyun’s animal symbol, which was a parrot, and the morse code was CLUE.

He has completed his education in the applied music department at Hanlim Multi Art School. Taehyun has a special talent in sports and is known to play football. He is also an expert in swimming and was also a child model for some time.

Also Read: Top Five Moments of Blackpink’s Jisoo That Proves She Is an Iconic Queen

The 19-year-old Kai Kamal Huening is the last and fifth member of TXT. He was the third member and the first foreigner to be introduced by Big Hit Entertainment. The introduction was through the YouTube teaser video “Introductory Film – “What Do You Do?” which was released on January 15, 2019, had the morse code DREAMING. Just after the release, his teaser photos too were unveiled on several social media platforms.

The second video, “Questioning Film – “What Do You See?” was released on January 28, and fans came to know that gecko was the animal symbol of HueninKai and the morse code was SECRET.

He has completed his education in the practical dance department of Hanlim Multi Art School. He is known for his master skills in playing various instruments and videogames. Moreover, he is fluent in six languages, i.e., English, Korean, Japanese, Mandarin, German, and Portuguese.

League of Legends patch 12.1: All The Patch Notes 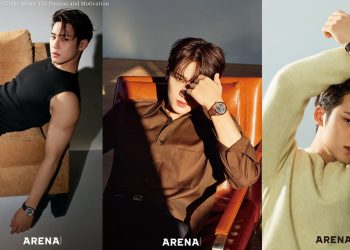 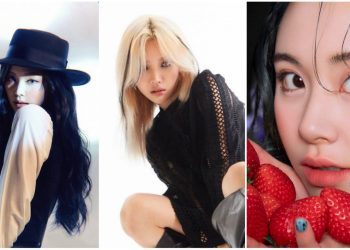