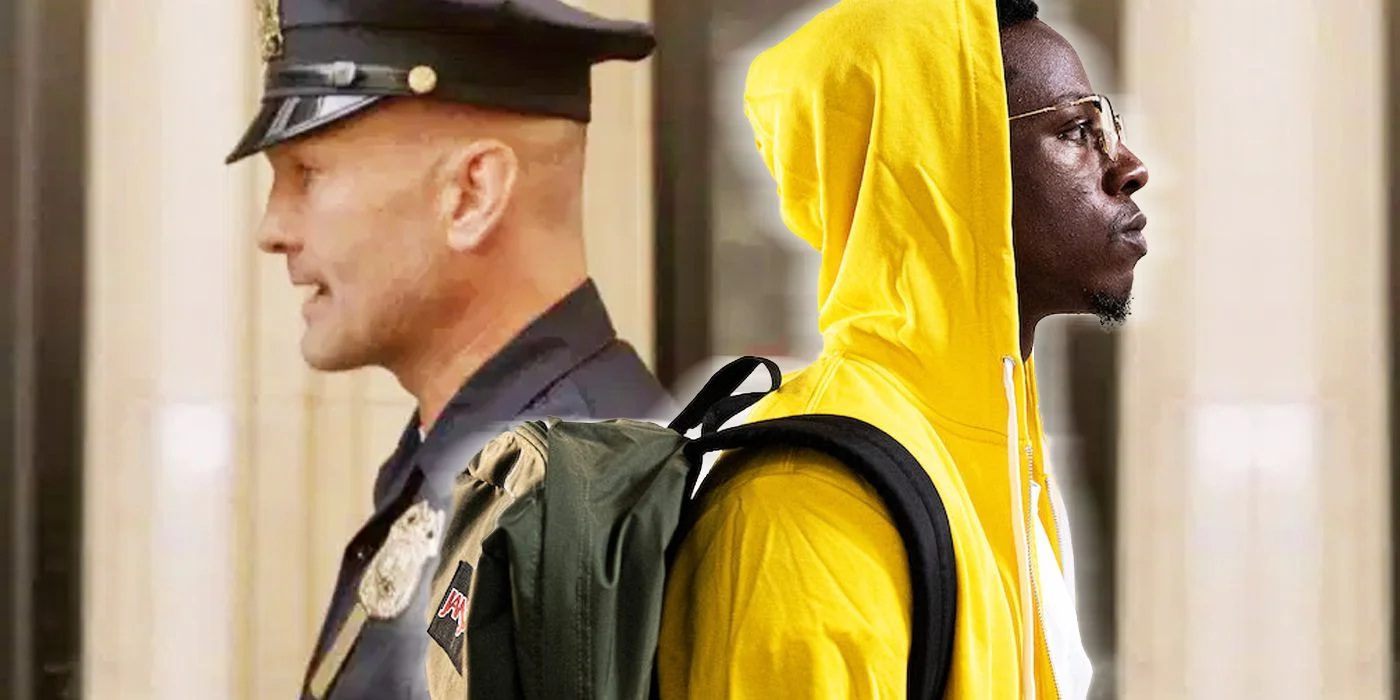 Two Distant Strangers revolve around three people and a dog. Their names are Carter James (a black graphic designer), Carter’s girlfriend Perry, Carter’s dog Jeter, and a policeman named Merk. The movie is all about deja vu. This is a strange feeling in which a person experiences the thing that he or she experienced before. The movie started with James Carter, who was at his girlfriend’s home. He told his girlfriend that he has to return to his home as his dog Jeter must be waiting for him. After this, we saw James talking to his dog using a device.

The movie is completely based on the motto that says, Black Lives Matter. We got to see various incidents which will force us to think about Why black people have to face all this? Through the story of James, the movie has tried to give a beautiful message which we will discuss in the end. Before that, let us follow our topic, which is Two Distant Strangers Ending Explained.

James was wearing his earphone when he arrived on the road. He wanted to meet his dog badly, so in a haste, he ended up colliding with a white man. Due to this, the money which he kept in his bag came out of it.

Police Officer Merk was standing there doing his duty, but when he saw all this, he arrived at the place where James bent to pick up his money. Watching all this, Merk thought that James was a smuggler, and he tightly held his neck, due to which James lost his breath. I can’t breathe was his last sentence. He woke up and found it was a horrible dream. 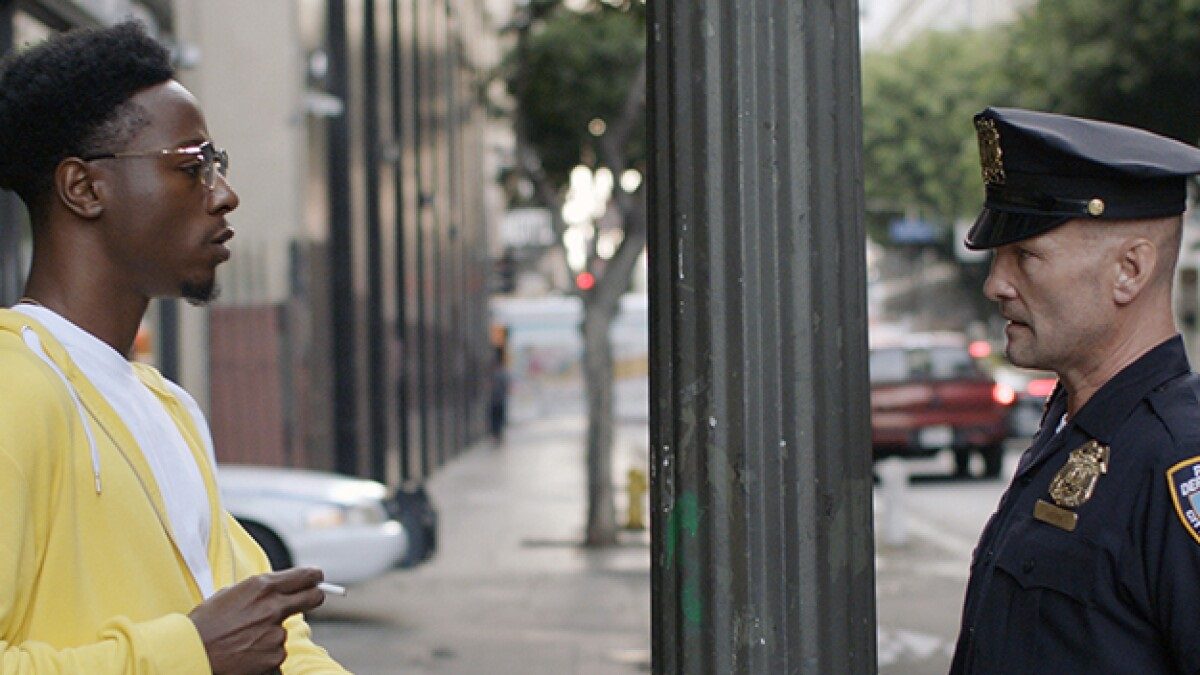 A Scene from Two Distant Strangers

One day several police officers, including Merk, suddenly went to Perry’s apartment and shot James with their guns while he was in the kitchen with Perry. This immediately killed him but again, he woke up and found it was just a time loop or, in simple words, it was just a dream.

Immediately James woke up and found that it was all a dream. So he soon tried again to return to his dog. But again, a police officer shot him with his gun. Again, he woke up and found all this was a dream. This meant that James got trapped in a time loop, and he needed to do something to come out of this.

After having 99 similar dreams in which he got killed by the police officer Merk, he decided to tell all this to his girlfriend, Perry. She, in turn, asked him if he wanted to take her gun. Listening to this, James asked amusedly if she had a gun. Perry replied that she lives in America and also she is a black woman, so there is no reason not to keep a gun. Perry also advised James to talk to Merk.

The next day, James met Merk and told him everything about his time loop. Before coming out of the apartment, we got to hear a song that was based on Black Lives Matter. After this, James told Merk all about his dreams. And he can only come out of his time loop when Merk lends him a hand by dropping him at his home.

Merk got ready. They were in a Merk Car, meanwhile, James started talking about all the things that disturb the peace of black people. He asked why his people only have to face all this. he was saying all this warmly. To his amusement, Merk replied and said he has never talked to a black person. This was an indication that Merk treat every American equally. 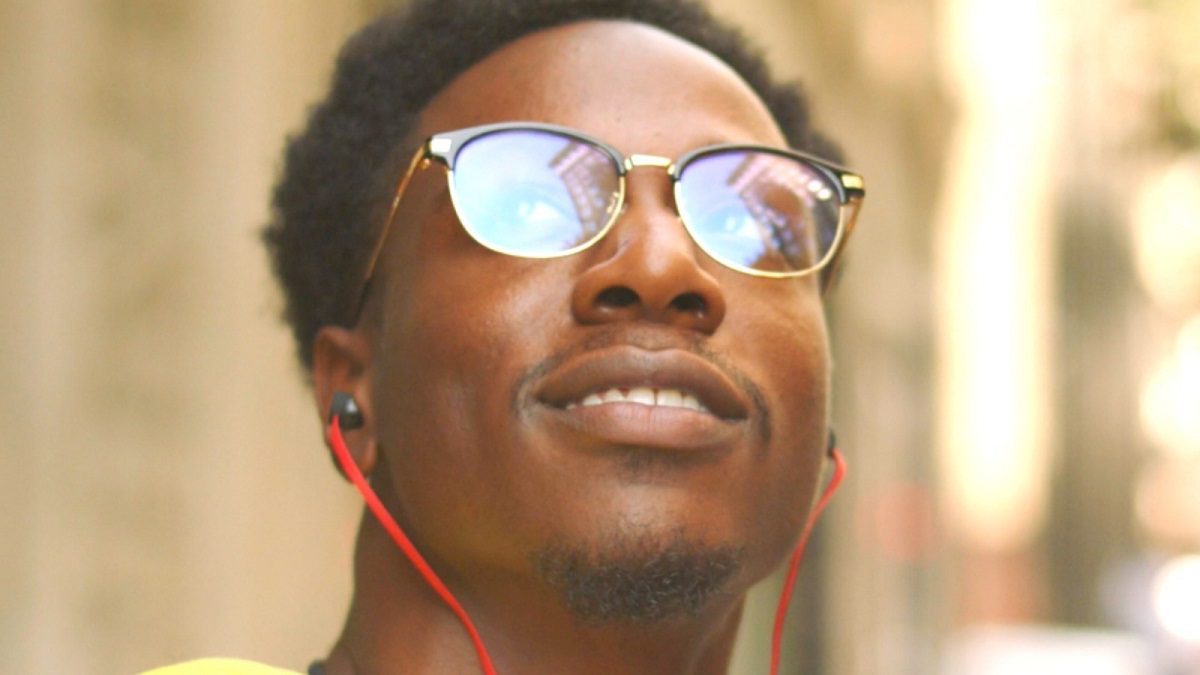 After arriving at James’ apartment, they shook hands. Merk shot James when he was some distance away from him. While shooting James, he said he was aware of all the previous loops. He also used the sentence “See You Tomorrow” which is a clear indication that Merk knew everything about James’ dream.

This was also a dream, but instead of all this failure, James decided that he will come out of this time loop and left Perry’s home for another trial to return to his dog. In the end, we got to listen to a song that included the names of all black Americans that died in encounters. The movie showed us the difficulty and challenges black people have to face just to live on Earth.