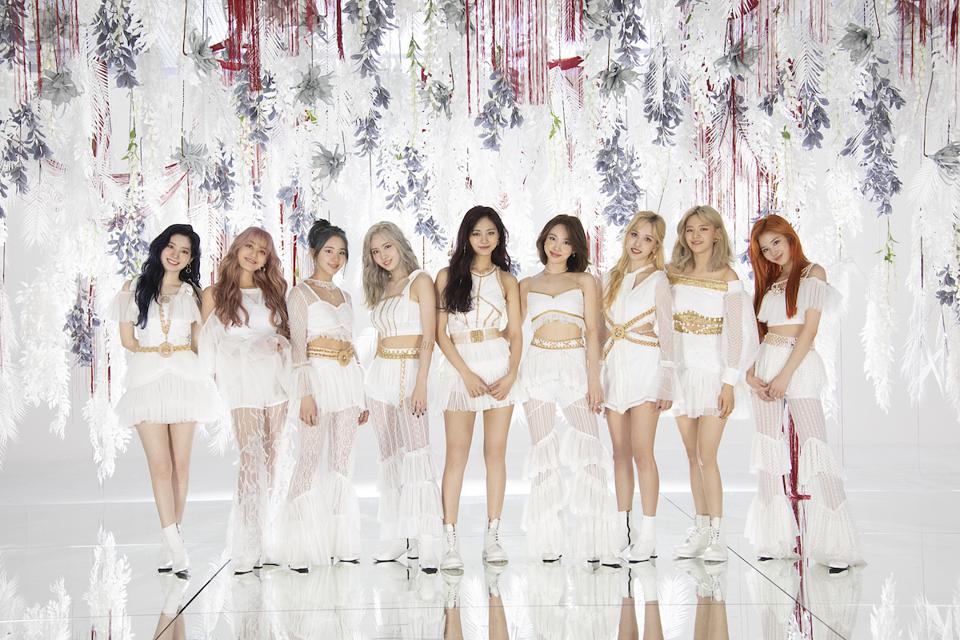 In today’s article, we will talk about the K-Pop group TWICE’s upcoming album Taste Of Love – Release Date, Pre-Order, and all other details. The South Korean popular culture movement is soon becoming a force to reckon with all across the world. Everything from the music to the movie industry is dominated by South Korea now. And at the very forefront of this movement are K-Pop groups such as BTS, TWICE, EXO, BLACKPINK, TXT, NCT, and Stray Kids among a plethora of artists. We also have soloists like Seori and IU who are are soon breaking through the mainstream scene. Movies and K-Dramas from the country are not far behind as we have Korean movies such as Parasite and Minari winning Academy Awards in major categories. The pop sensation BTS is actually a seven-member band from the country that has two Grammy nominations – one of them in the major Best Pop/Duo Performance category in the 2021 Grammys. The boys received their previous nomination in 2019 for Best Recording Package.

Let’s concentrate on TWICE now. TWICE is one of the biggest K-Pop girl groups in the world. They are managed by a Big 3 Company of K-Pop – JYP Entertainment. TWICE is said to be one of those groups which have the maximum number of male fans. Their fans are known as ONCE. TWICE was formed in 2015 under a television program called Sixteen. They debuted with their first Extended Play called The Story Begins in October of the same year. TWICE has a total of nine members from Japan, Taiwan, and South Korea. They are Nayeon, Jeongyeon, Momo, Sana, Jihyo, Mina, Dahyun, Chaeyoung, and Tzuyu. Read on to find out more about all the details of TWICE’s upcoming album Taste Of Love.

South Korean news agencies shared reports in April that the TWICE girls were shooting a music video for their comeback in the country’s exotic Jeju Island. After their reports surfaced in April, JYPE finally confirmed the TWICE comeback earlier this month on the 2nd of May. When JYPE announced the album, they wrote about two release dates – June 9th and June 11th. This had all the ONCEs confused. It was later realized that the headlining single and the music video will be released on the 9th of June while the entire album comes out on June 11th. Taste Of Love is TWICE’s 10th mini album. Here is the album announcement on TWICE’s official Twitter.

JYPE has not shared the tracklist for the comeback yet. The group’s last comeback was in October last year. Ever since their debut, the band has constantly kept their fans entertained by being consistent with the release of new music. JYPE also released two teaser photos of the album so far and they are giving us major summer vibes. TWICE is all set to release a beautiful summer song. The teaser photos had this gorgeous cocktail glass so we were also getting massive beach vibes from the pictures. And since the group is rumored to have shot the music video in Jeju-do, maybe we are in somewhat of the right direction when it comes to guessing.

If you’re wondering about how you can pre-order the album, worry not for we have got you covered there too. Pre-order details for TWICE’s Taste Of Love have mainly been released for the United States. ONCE can order the record through Target, and Barnes and Noble. The album can also be pre-ordered via the Twice Official shop.  There are a gigantic number of goodies in the album for the fans this time. ONCE will be getting the following –  80-page photobook, cover (lenticular photocard + tasting card), photocards (any 5 of 45), coaster (any 1 of 9), photocard set (unique to each version) lenticular photocard (any 1 of 9) and tasting card (any 1 of 9). The members of ONCE who order the record through Target will also be getting an additional bookmark – for any one member from the nine. On the 26th of May, TWICE released a  Fashion Film for Taste Of Love starring Nayeon. We are so excited for it and can’t wait for the band to just drop it already.