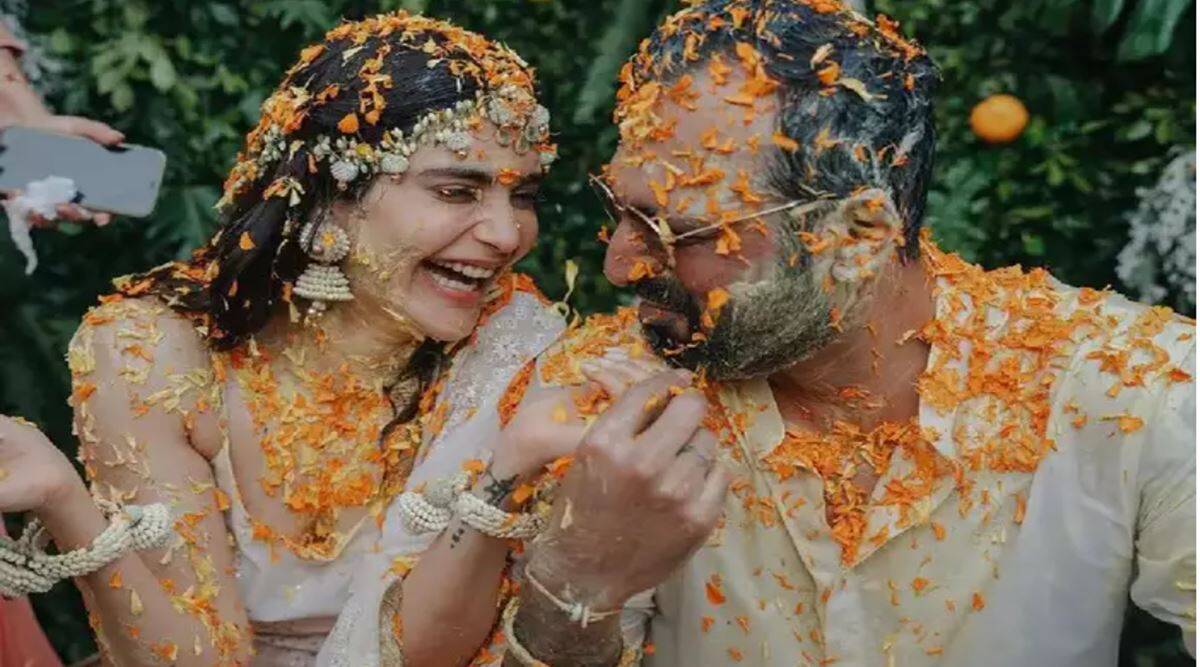 Another day, another wedding. One more celebrity got married recently. A TV actress Karishma Tanna got married on (5 February 2022). Social media is filled with pictures and videos of Karishma Tanna getting married. Fans of Karishma shower so much love as they are more than happy for her. It was Tanna’s dream to get married dreamily. After seeing her wedding pictures, it is believed that her dream turned into reality. Last year, the couple gave us a hint that they are already engaged and getting married in early 2022. Wanna know more about Karishma Tanna’s wedding? What did she wear at all of her wedding ceremonies? And how can we forget about Tanna’s partner? With whom she has tied the knot? Let’s dig into it.

Before knowing more about Karishma Tanna’s wedding, there are some things you need to know about her. Karishma Tanna is well known for her role in TV serials Naagin 3 and Qayamat Ki Raat. She was also appeared in Bigg Boss in 2014 and was the first runner-up in the same. After Bigg Boss, she started getting so many reality shows like Nach Baliye, Jhalak Dikhla Jaa. Furthermore, she was also the winner of Khatron Ke Khiladi 10. She also got so many movie roles. And now you all know how famous she is.

Now it’s time to reveal all about Karishma Tanna’s wedding. The most awaited wedding finally happens. And I know you all must be waiting for this day for so long. Well, the wait is over.

Karishma Tanna has tied the knot with Varun Banger. And it is found that it is a love marriage as she was dating Varun Bangera for so long. The couple exchanged their wedding vows in the presence of their family and some close friends. And their wedding pictures are everywhere on social media. And clearly, she blows up everyone’s mind by wearing such gorgeous outfits at all ceremonies. She is flaunting in every wedding ceremony of hers.

Let’s talk more about Karishma Tanna’s wedding attire. Well, on her big day, she wore a very gorgeous, mesmerizing pastel pink lehenga with some embroidered work, and to complete the look, she wore some traditional jewelry as well. It was a breathtaking moment to see Tanna in that lehenga. And the reason why she chooses a pastel pink lehenga for her wedding day is that she wanted her wedding to be in a dreamy way. And the lehenga she wore was definitely matched with her dreamy wedding theme. Coming to her Mehendi ceremony, which was on 4th February. On her Mehendi, she wore an elegant yellow lehenga by designer Punit Balana, with matching minimal jewelry. To make the Mehendi look complete, she added flowers to her hair. Last but not the least, Tanna’s haldi outfit was also bombed. She wore a white sharara suit, and to complement it, she wore floral jewelry.

And how can we forget about Tanna’s fiance’s outfits? On their wedding day, Varun Bangera wore white sherwani paired with a pink turban that matches Tanna’s pink lehenga. Mehendi outfit of Varus was the exact opposite of his wedding outfit. He wore a maroon-colored kurta. Moreover, he was spotted wearing sunglasses to complement the Mehendi look. Coming to the last ceremony outfit, which haldi outfit. Well, for the Haldi outfit, Tanna and Varun had a white theme. They both wore white.

A glimpse of Karishma Tanna’s wedding

Karishma Tanna’s wedding pictures and videos went viral on social media everywhere. And after seeing pictures of Tanna getting married, we can say that she is the happiest bride ever. As she married to love of her life Varun Bangera. She was in a relationship with Varun for so long. And dating for so long, Tanna finally tied the knot with the businessman Varun Bangera on 5 February 2022. And the wedding took place in some 5-star seaside hotel in Mumbai. 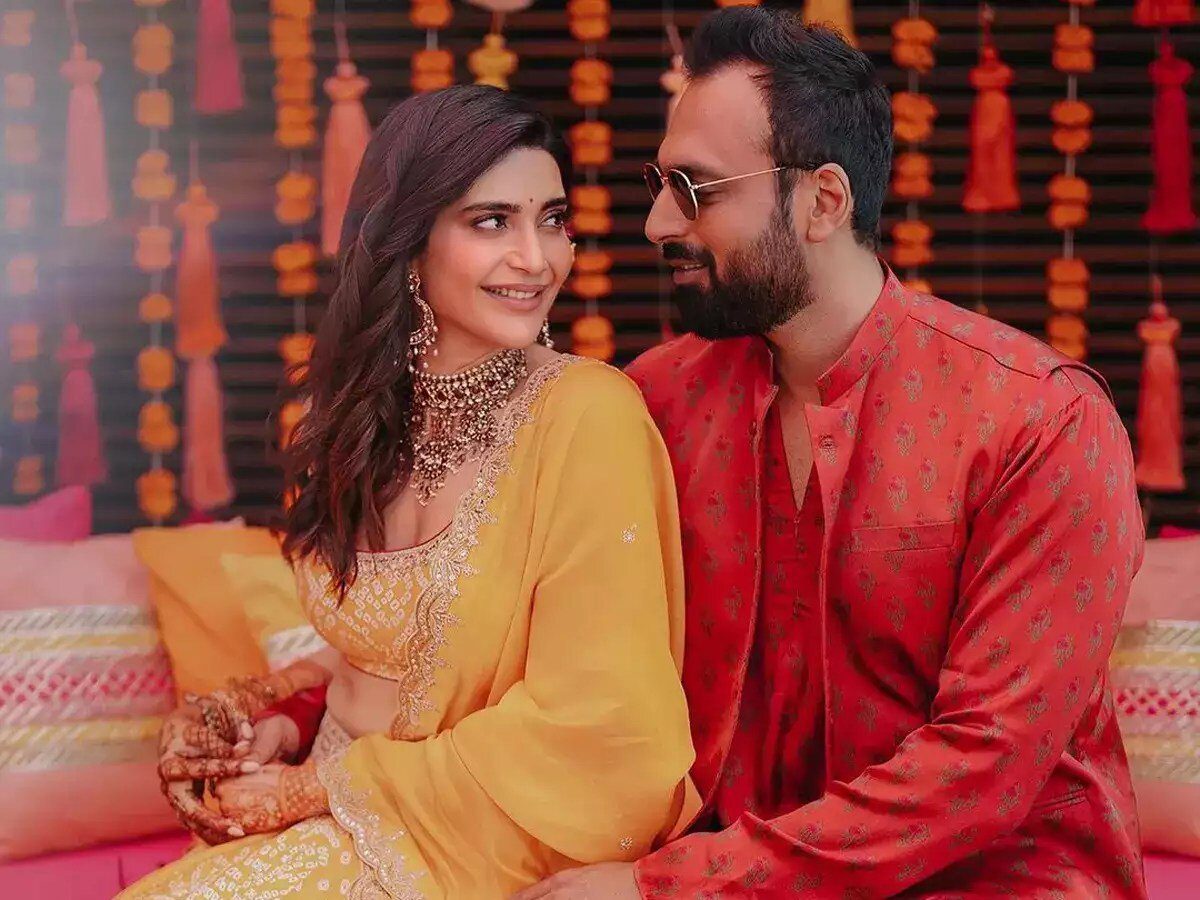 After seeing her wedding ceremonies attire, no one can take their eyes off her. As she was looking so beautiful. In a video, it is also seen that the couple locked their lips at their Mehendi ceremony. Karishma also shared a video of dancing and enjoying the ceremonies. Varun Bangera was also seen applying sindoor on Karishma Tanna’s forehead. After all the rituals done by the couple, fireworks were lit for them. While seeing the fireworks, both Karishma and Varun were seen laughing and hugging each other.