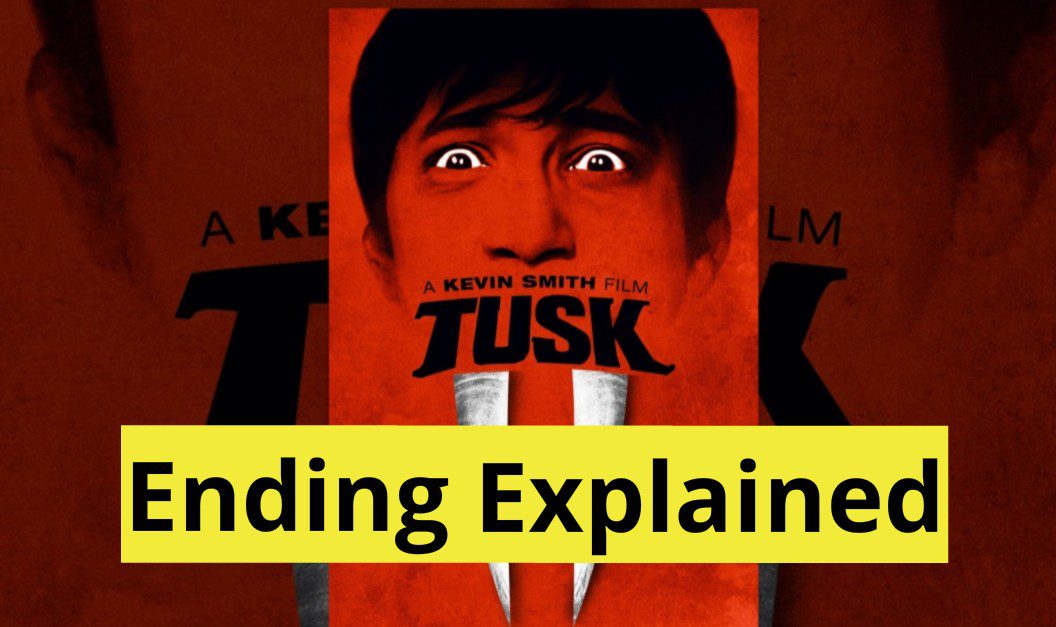 Here, we shall explain the ending of the American horror comedy film Tusk. Directed and penned down by Kevin Smith, it was released on 19 September 2014. If you haven’t watched the film Tusk, it is highly recommended. The story focuses on Wallace, a podcaster who flies to Canada for taking the interview the Kill Bill kid. He is a popular Internet sensation who is severing his leg. Meanwhile, traveling to Canada, he gets to know that the kill bill kid is dead. Thereafter Wallace tries to find someone else for the interview.

He gets a shelter in the mansion of Howard for free. Howard tells him different adventurous stories, one of which was how a walrus rescued him from drowning after a shipwreck. He also mentions that he used to call that walrus Mr. Tusk. But, while listening to this story, he passes out after sipping the cup of tea which Howard offered him. Now, the story begins. Does Wallace fall in trouble? The protagonist realizes that Howard has some sinister like negative motives.

What happens at the end? If you are craving something artificial yet strong thriller and comedy film, Tusk is the right choice. The duration is 1hr 41 min. Stay with us till the finishing line of this article to know more about the horror film Tusk. 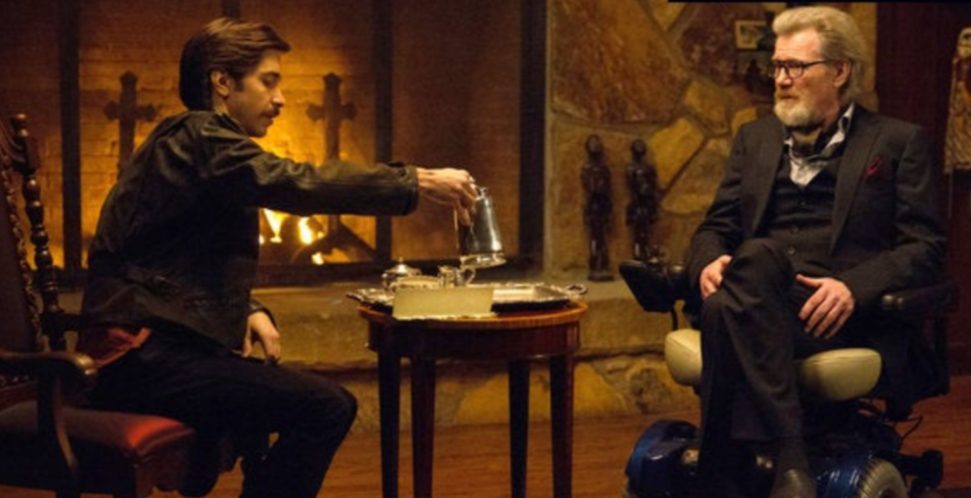 Wallace and Howard in conversation about the adventurous story of how a walrus had saved Howard.

We saw Wallace wake up with his one leg severed. Howard told him that the doctor had caused him this as his leg was fully poisoned by a spider. But Wallace soon realized that he had some bad intentions. After knowing about Wallace’s danger, his girlfriend Ally and Teddy travel to Canada. On the other hand, Howard was trying to turn Wallace into a walrus so that he could call him Mr. Tusk. The main reason for making Wallace a complete walrus was he wanted to thank Mr. Tusk for saving him during World War II from the shipwreck.

Ally and Teddy went to the police, asking for help to find Wallace. Moreover, the police claimed that a few days back, a person (a retired cop) had visited him in search of Howard (the same person). After turning him into a walrus, Wallace was forced to swim, but unfortunately, he failed. Deep into the pool, he found another dead body of a person who was turned into a walrus-like him. Then and there, Wallace realized he wasn’t the first victim of the wicked person, Howard.  He wanted to make himself free from the guilt and thus tried to kill Wallace. But in turn, he gets killed by the teeth of the walrus, which was fixed to the mouth of Wallace. In the end, Howard died, as he had wished for. 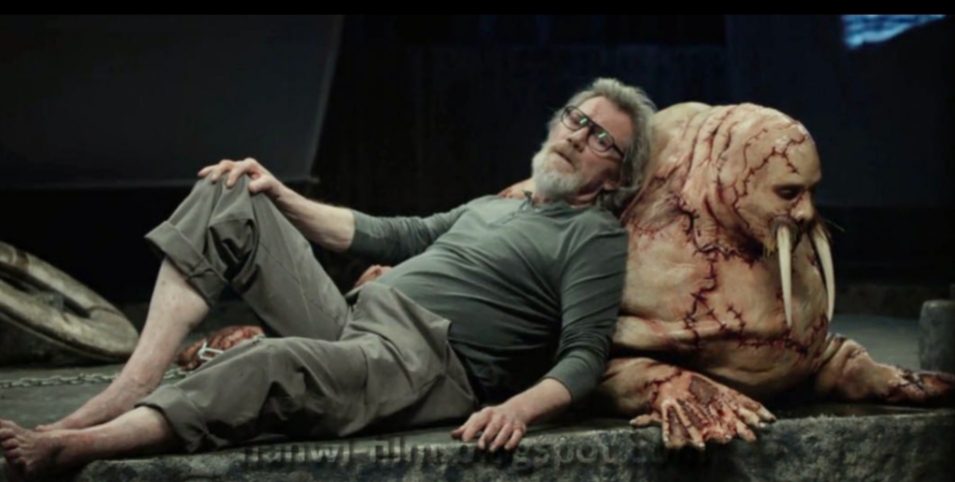 Howard changed Wallace into a Walrus. It was more like a Human Walrus.

We saw Ally and Teddy feature in the last scene. By seeing Wallace in the shape of a walrus, Ally got terrified. In the post-credit scene, we saw his life after a year. Wallace was kept in a wildlife sanctuary where Ally and Teddy used to visit at times and make him feed a fish. In the end, Ally confessed her love for him and left the place. Wallace started to cry after hearing her confession of her feelings. This is how the story ends.

Here is the good news for the ones who badly want to watch the horror film, Tusk. It is exclusively available on Netflix and Hulu. You need to subscribe to Netflix to watch Tusk anytime and anywhere. On the other hand, in the case of Hulu, you can watch it under the free trial period. What are you waiting for? Watch it and let us know your opinion on the film.

With this, we end our coverage on this article.

Also read: On My Block Season 4 Ending Explained, What Happened During the Closing Scene?