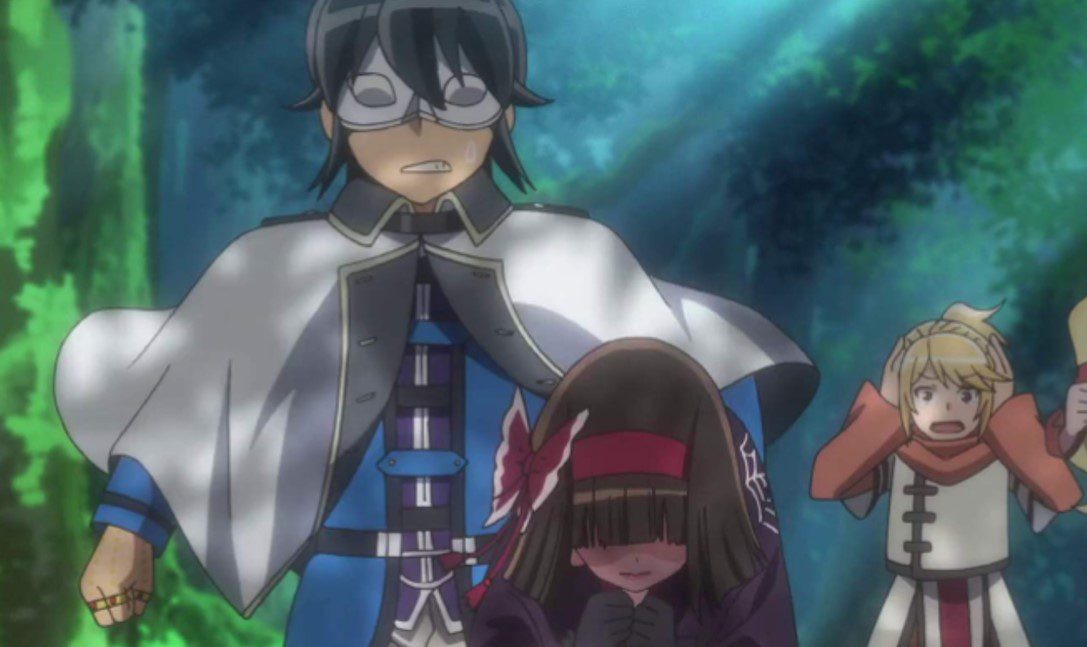 Makoto wanted to explain what they were here, and Eri refused to listen but chose to attack them. Mio rampages and vows that she will eat those two girls. The third girl told Mikoto to hurry and defeat those two. Tomoe is watching the battle from the screen while enjoying eating fruits. Makoto summons her to help them, but Tomoe replies that she can’t support two people on a date. Makoto told her that it was not what she was thinking, and they were in the middle of the war. Tomoe asks why they are holding each other.

Mikoto realizes that he is carrying Mio since she can’t run and makes an offer that Tomeo can’t refuse. Tome gets excited and decides to head to the scene. Tomoe explains what she will do, and when she opens the mist gate, she will send the two to the illusionary world. Eri and Aqua continue to Makoto and the crew. Makoto follows Tomoe’s order and sends his subordinates to the other side while facing the two with Mio. Mio continues to rampage, and Makoto decides to care for her.

Makoto realizes that Mio is not in her sense, and if she loses control of herself, she will rampage. He cuts his hands and makes her drink his blood to get better. Mio gets back to her sense, and she begins to lick his hand romantically. Eri comments that it is creepy, and Aquya wonders why they have to do that out in the open. Mio comments that Young Master was delicious. Aqua comments that the creatures called ”Hyumans” are ridiculous beings; Eri adds that their patience is nearing its limit. Makoto asks Mio if she is ready to fight, and Mio agrees. 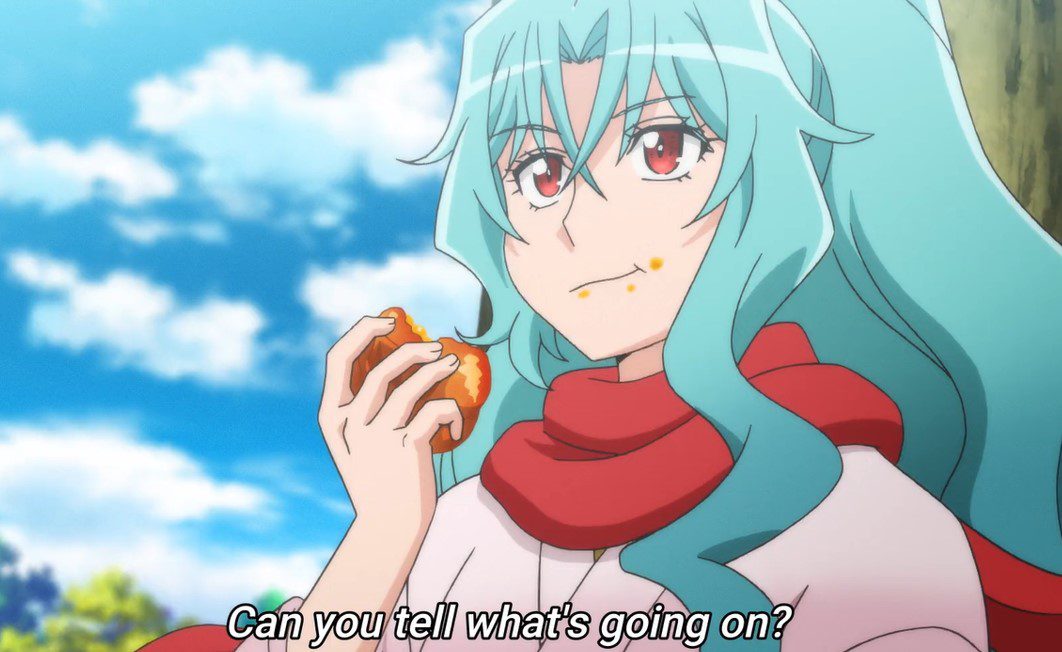 Eri unleashes Freez Air: Blade trying to cut the two. Makoto realizes that it is dark magic that counters enemy spells while the incantation is being spoken. Eri is efficiently consuming her mana. Mio stops Eri’s spell and notices that her spell won’t activate. Makoto uses light and cuts Eri and Aqua’s weapons, and tells Mio to tie them.  The trio is supprised to appear in a foggy world and realizes that they are not in Tinarak Forest. The guardians of the Illusory City welcome the trio. Mio and Makoto managed to restrain Aqua and Eri.

Aqua realizes that Makoto and his crew are here to talk, not to steal their flowers. Makoto admits that and reveals that he is a merchant interested in purchasing wares or dealing with them. Aqua accepted and told him that she would show him to others and escort them to the village. Makoto thinks it sounds like some sports drink when he combines Eri and Aqua’s names. They head to the town and meet with new faces. They purchased a Skeleton guy who transforms into a handsome man. 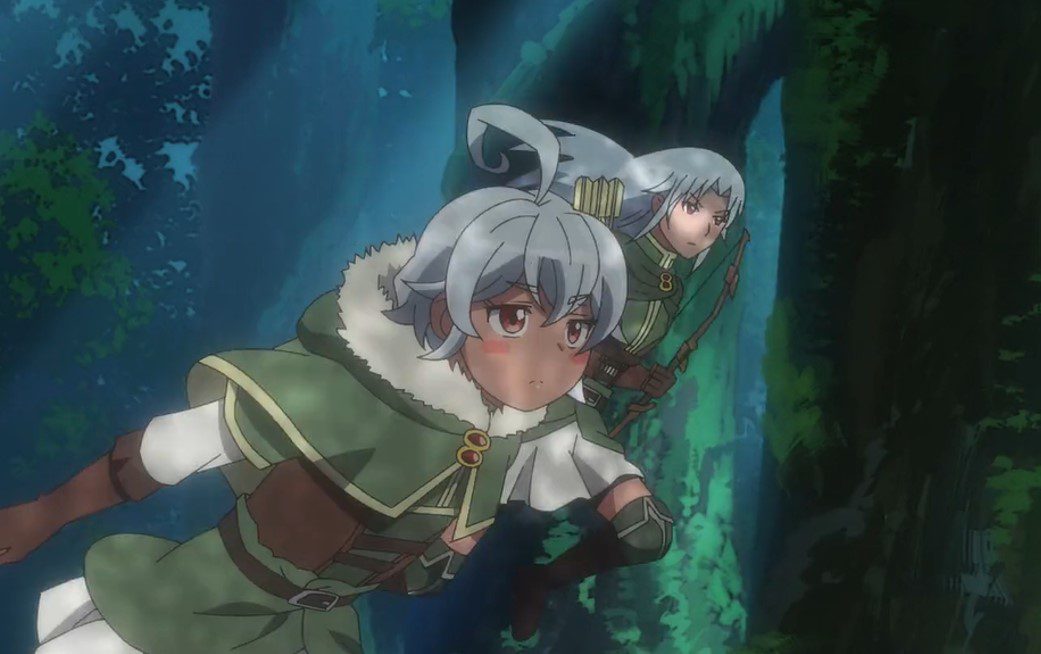 Where To Watch TSUKIMICHI-Moonlit Fantasy Episode 11