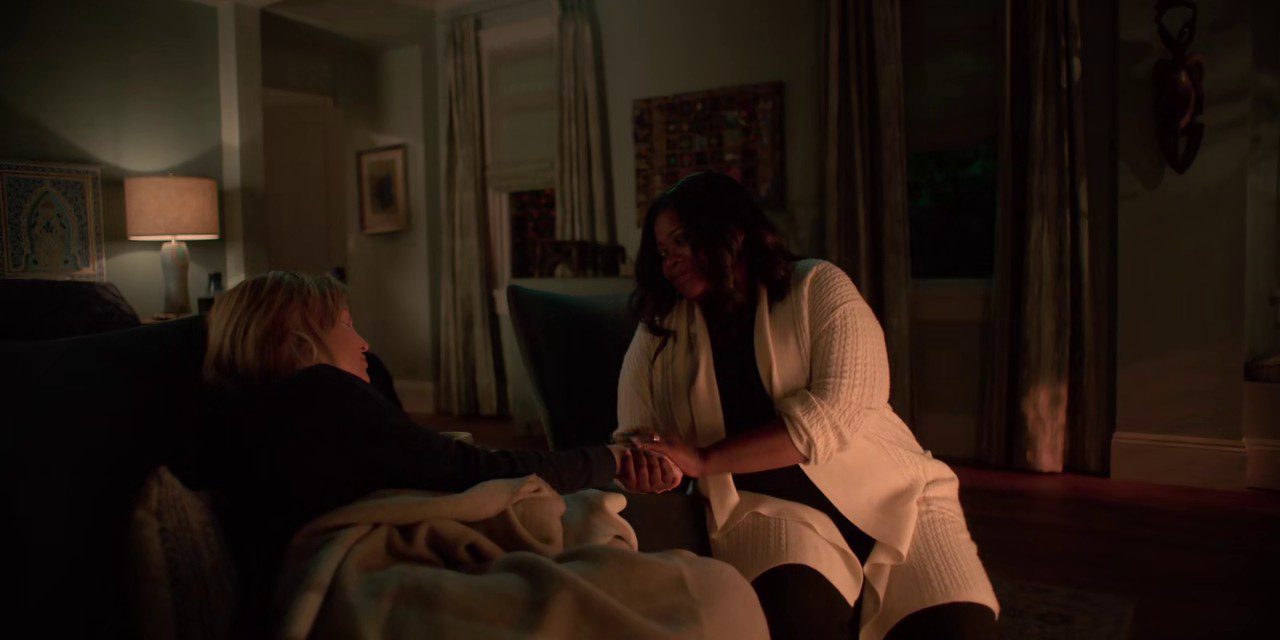 The first episode established an amazing groundwork for the Season 2 of Truth Be Told and Episode 2 will mark the beginning of the building further. Although the show opens with something mysterious, we realize the story coming around Micah. She reunited with her childhood friend Poppy and invited her to the Micah Keith Experience’s opening night. But only a best friend can see the tears behind the smile when she realizes something is off between Micah and her husband and there is a lot more to lead on to.

So, Micah decided to come clean with her best friend. Everything was still okay until turns out the one person Micah wasn’t happy with ended up dying. Now this case was bound to take Micah on a depression trip. What followed in was cops being lazy to work their way out in a complicated case. This led Poppy to help her best friend in need while also taking care of herself. Now with cops wanting to be out of the picture, Poppy picks up her part of the investigation with her podcast to get to the truth. Let’s break down what happened.

The premier episode for Truth Be Told Season 2 opens up with a creepy old man. We saw him working on a replica dollhouse of Micah’s home. We continue to Micah’s narrative. She is working on a speech and later ends up sleeping inside her car’s trunk rather than a bed. Later in the episode, she sets out to reunite with her childhood friend Poppy before the Micah Keith Experience’s opening night. Micah gladly invites Poppy and shows her the achievements as Poppy comes along with her husband Ingram.

Poppy later comes across Micah’s husband Joshua at the same place and finds something missing between them. Poppy later tells them everything that went down for the past year in private. Later on, when Poppy takes a bathroom break, she comes across something horrifying in the form of the naked dead body of Josh with another man.

Poppy tries her best to get into the case in order to protect her friend. So in order to help, she turns to an old friend in form of Markus Killebrew of the Warren Cave’s case. But he himself is facing his own problems. While she manages to convince Markus for protection, she comes to realize she has things to take care of back at her own home as well. Especially with her father’s illness.

Micah realizes she can’t trust cops since her last case, she asks Poppy to carry the case with her podcast. This way works and soon Poppy’s husband comes with the tip that cops are closing the case. They are declaring it murder-suicide pinning it on Joshua. Poppy confronts the office in charge of Aames for being lazy. She leaves a warning about consequences when she picks up the case.

The episode closes with an addicted Micah confessing to Poppy about the case’s closure. Wanting to come to the truth, Poppy agrees to start the podcast Reconsidered as long as Micah stays honest with her.

Truth Be Told Season 2 Episode 2 is titled, “Ghosts At Feast”. The official synopsis of the episode says Poppy begins digging deep into the deaths we saw in the previous episode. The first marked the beginning of Poppy’s work and the second would be the start of her untangling the dots. With this, she makes uncovers some darker truth that may turn the whole thing around. Apart from the case, Shreve, Poppy’s father who keeps a little about his health to the family except for a few musters up the courage to reveal the medical diagnosis.