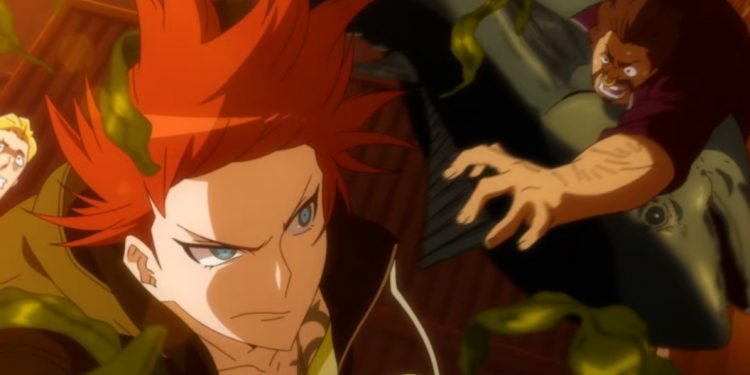 The Extreme Baseball tournament begins in Tribe Nine Episode 2. In Neon Tokyo Year 20XX, a youth group joins forces to make their place in the world. They create tribes, but that brings fierce conflict between tribes since they lack loyalty. Neo Tokyo Government realizes that their people are threatened, and they announce a tournament called Extreme Baseball to resolve the conflict. They also reveal that they can call it XB Law. Tribe Nine reveals the brawl between various tribes to find the reigning tribe. The young realized that their pride was on the line and poured their hearts into Extreme Baseball.

Extreme Baseball began trending worldwide, and two tribes clashed near the tower. They show the powers, and the white-haired punk dominated the game after hitting a home run. The red-haired boy challenged the white-haired punk to beat him and expose him. But the white-haired pink smiles after realizing that Extreme Baseball is not a brats’ game. His team won and waited for the next tribe to challenge him. In the morning, a bigtooth weirdo was cornered with Haru and realized that they had to escape. The punks remind them that they know what happens in a situation like that.

Bigtooth weirdo told Haru to pretend to toss his wallet so they could escape. But Haru was pushed, believing that Yasuhiro had fooled him and run away. The punks tease Haru that his friend has betrayed him, but they will let him go with his wallet since he was behaving. The other guy arrived and punished those punks for making him wake up when he was hungry. He trades punches with the punks and realizes that he would have smashed them with a single blow if he was not hungry.

Haru was beaten, and that punk got excited that he sent someone flying. The famous Shun Kamiya arrived and knocked out a punk about to punch Haru. Shun uses a baseball to put the punks unconscious. The afro punk gets scared and warns his boss not to mess with that white-haired guy. The boss asks him why they are afraid, and the afro punk reveals that they are facing the famous Shun Kamiya. Shun smiles and asks if he is that famous, and the red-haired guy gets excited that he met his idol that he challenged last night.

Shun asks those bullies if they enjoy picking up the weak ones. The vice-captain of the boss wonder how dare that white-haired brat speaks back to their boss tries to ko Shu. But use kicked a tin of can that hurt the guy. The boss told Shun that he doesn’t care if Shu is Extreme Baseball’s star player, but he is not a big deal. That can fly toward the water tank and make it fall on the boss and his men. The boss accepts defeat and realizes that Shun can use anything to beat them.

Shun warn the boss and his boys to never pull something like that in Minato City. The boss runs away with his boys; Tiga, the world’s best tuna fisherman from abroad, challenge Shun to an Extreme Baseball match. Tiga believes that once he beat Shun, he will be the world’s best Extreme Baseball player ever. The trio head to the store, and Arisugawa scold Shun for drinking too much. Micchan makes a coffee for Shun, and Nekomaru realizes that Shun suffered from a coffee hangover. Later, they receive a challenge from Shigawa’s tribe leader Kitahama.

Tribe Nine Episode 2 will be released on 17 January 2022. Arisu wonders if the guy brought the message that someone has forged the documents. But they told her that Kitahama was no longer with Shinagawa, and they had taken over the tribe. Micchan realizes that there is a tribe that is using tons of XB gear to rise to the top. The guys told them about beating Minato Tribe, the top-ranked team in Extreme Baseball. Let’s look at Tribe Nine Episode 2 official details.